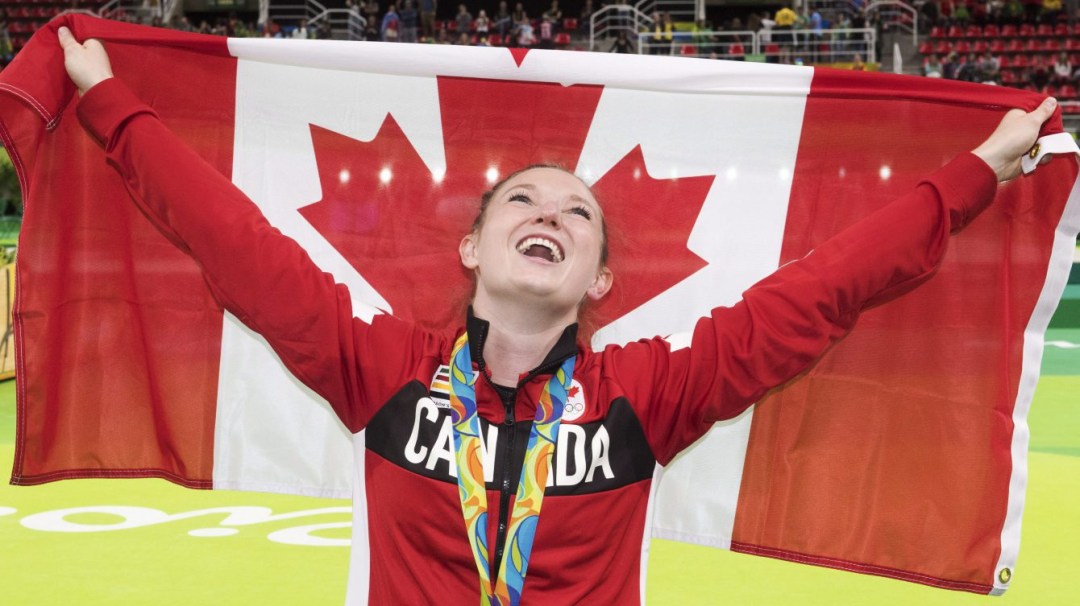 At an Olympic Games where the Canadian history books are being re-written on an almost daily basis, Rosie MacLennan penned her own chapter on Friday, winning her second straight gold medal in trampoline. 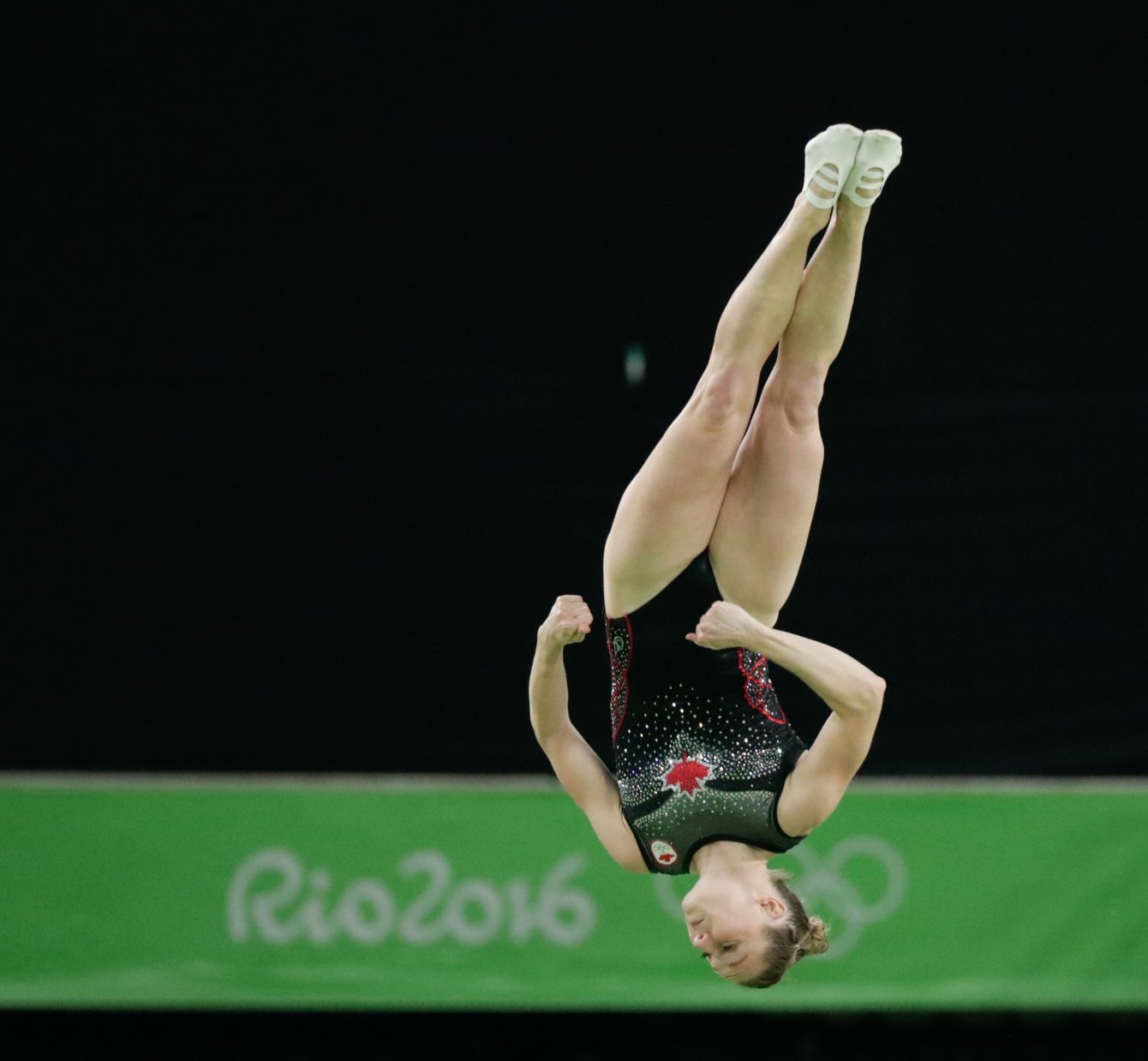 As the country’s only gold medallist at London 2012, MacLennan came to Rio 2016 as one of the faces of Team Canada, which was most apparent in her role as Opening Ceremony flag bearer. But she was also coming off a season of uncertainty, having gone through concussion troubles that made her wonder whether she would even get to the world championships last November that served as the primary Olympic qualifier.

“The journey to get back here was a tough one,” MacLennan said after becoming the first Canadian woman to win two gold medals in an individual event at the summer Olympic Games. “It was also a time when I was really reminded why I did the sport and that love of the sport and I really tried to keep that in my heart today.” 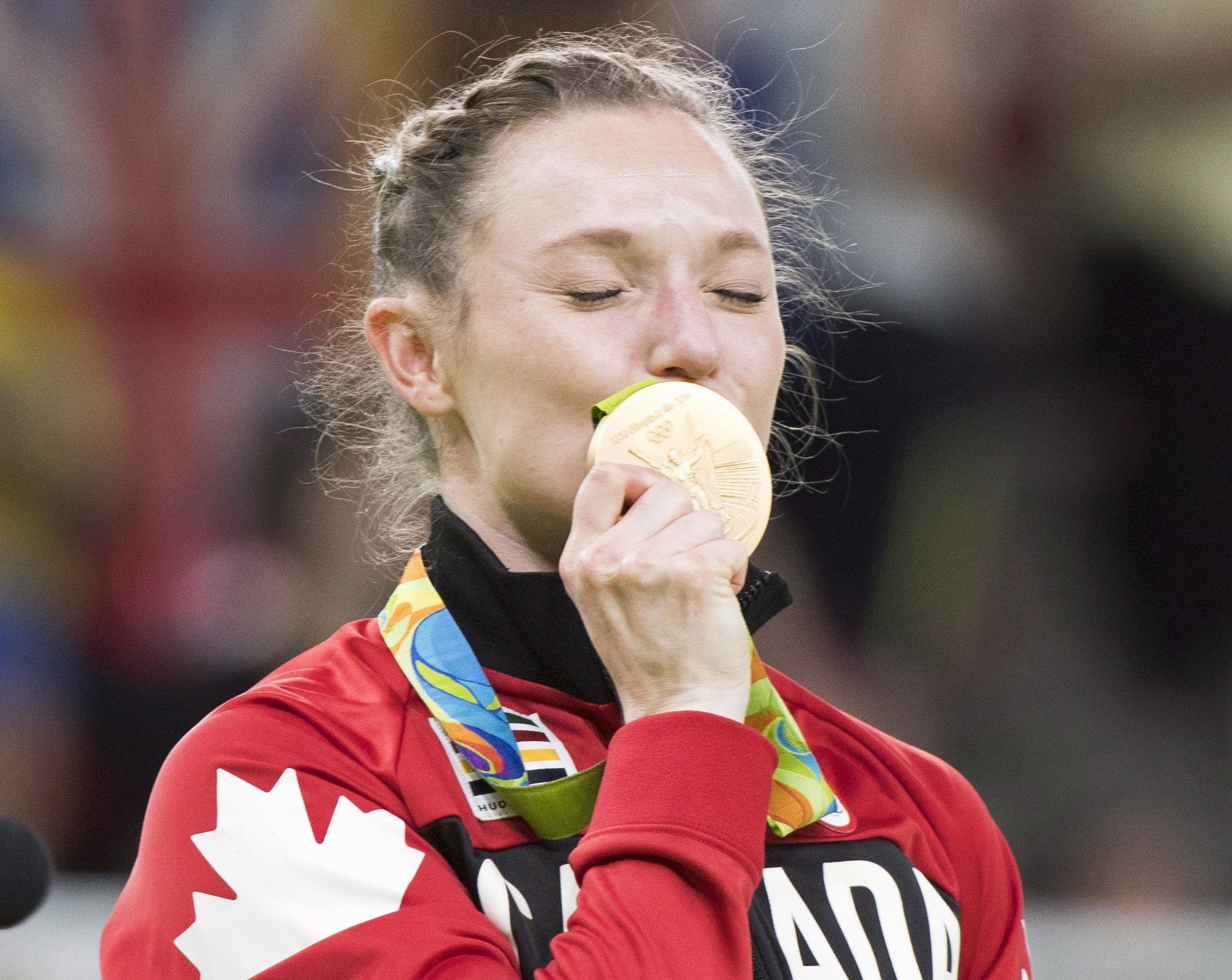 “There was some pressure, there was some expectation that’s for sure, but I don’t think there’s more pressure on any athlete than what they put on themselves,” she said. “I was really just trying to keep in my mind my family, my friends and the journey and how grateful I am to even be here.” 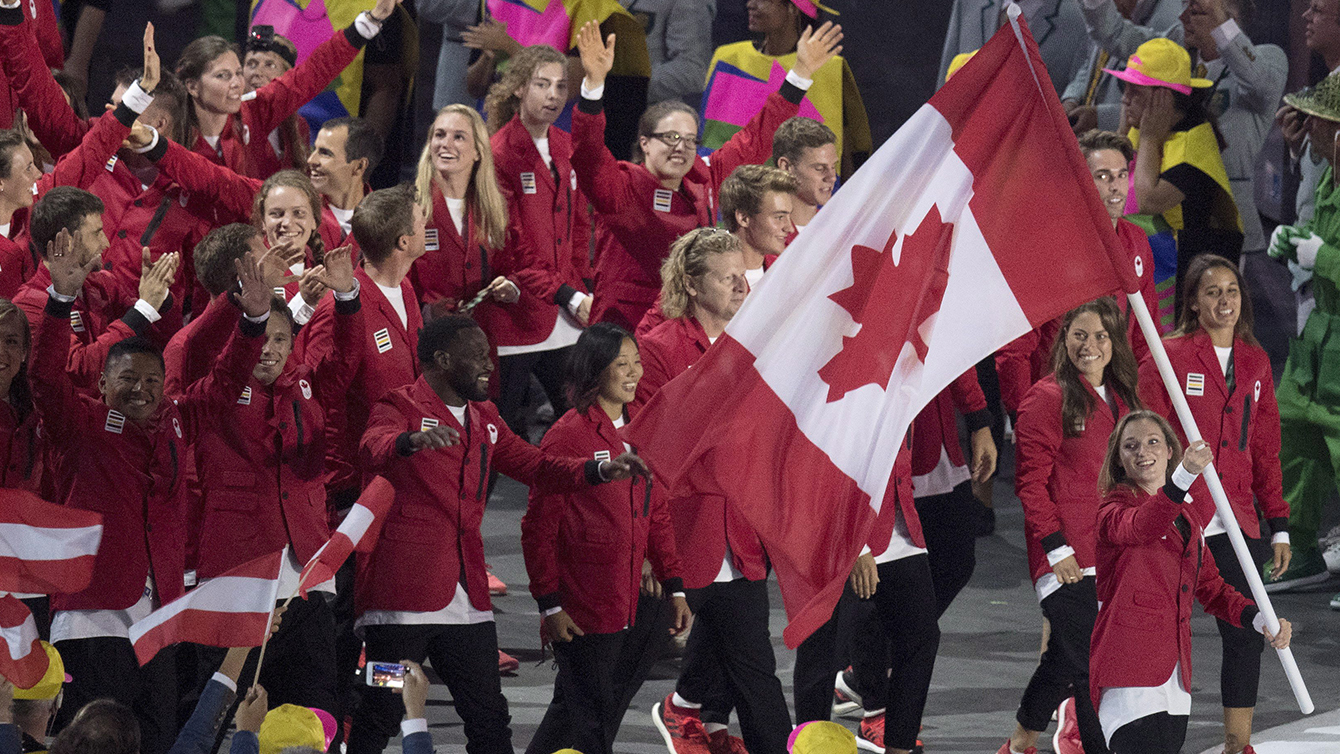 MacLennan was competing in front of a rather large contingent of Canadian fans, who were probably second in number only to the Brazilians inside the Rio Olympic Arena. That included her parents, her two brothers, her sister, her sister-in-law, her brother-in-law, her niece, two of her aunts, her boyfriend and one of her best friends.

Asked whether it was tougher to win the first or the second gold medal, MacLennan responded: “They’re both pretty tough. Last Games, going into the final, I knew I had absolutely nothing to lose and I knew what mentality I wanted to be in, that mental state, that physical state, so I really tried to get back there, keep in my mind the same things.”

There was also some Olympic history at stake as MacLennan became the first trampolinist, male or female, to win two gold medals. By just reaching the podium she ensured Canada would maintain its run as the only country to win trampoline medals in every Games since the sport debuted at Sydney 2000, a streak that began with her idol, Karen Cockburn. 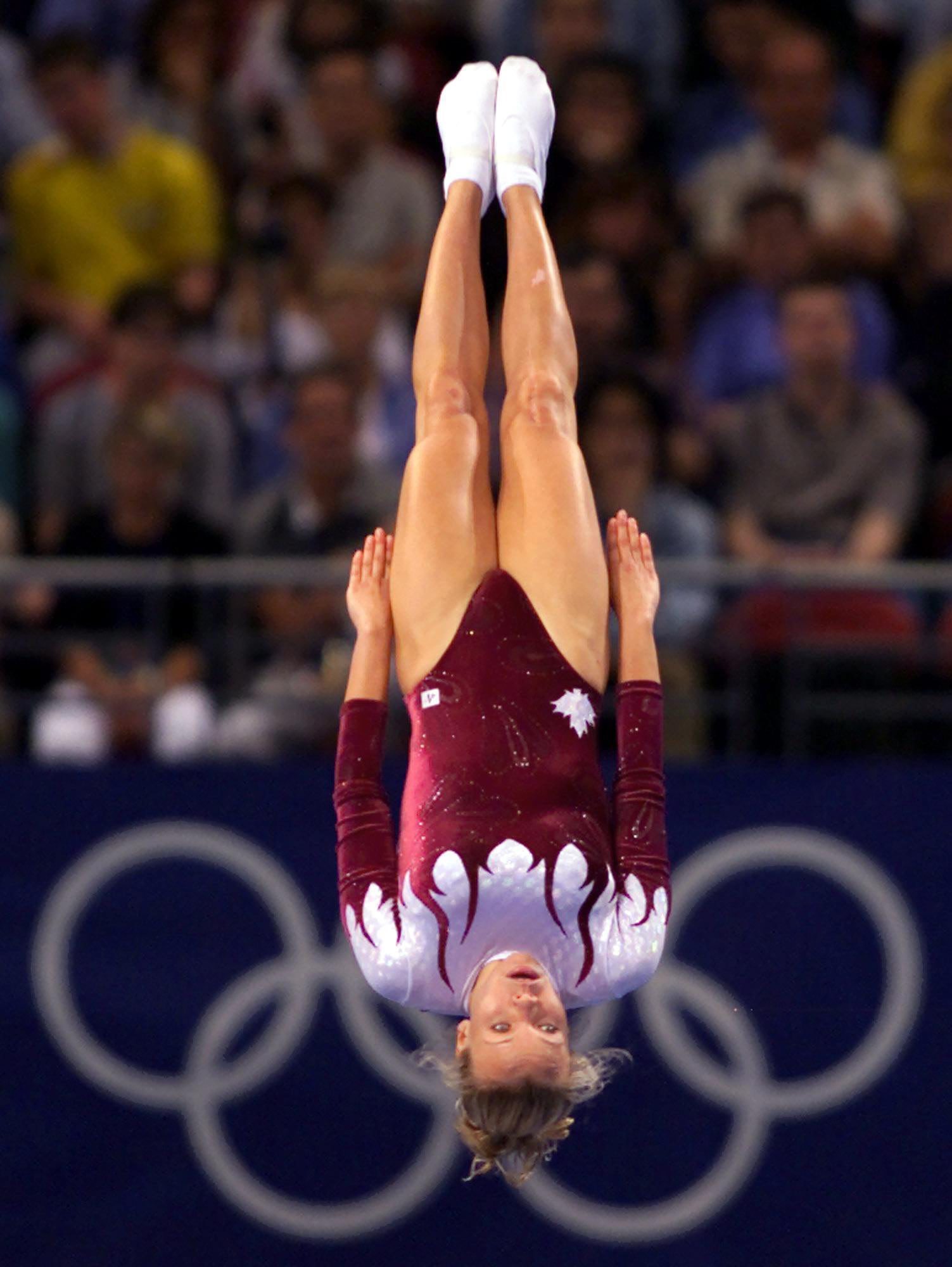 Canadian trampolinist Karen Cockburn, of Toronto, performs on the trampoline during the final compulsory portion of her routine at the Olympic Games in Sydney Australia Friday Sept 22, 2000. Cockburn won the bronze medal.(CP PHOTO/Tom Hanson)

“She’s the one that changed my childhood dream into an actual goal. She’s guided my entire athletic career. Watching her win bronze in Sydney and then multiple medals after that, it was pure motivation and it was also proof that one day I could get there too,” MacLennan said of her former teammate who came up short in her own attempt to qualify for Rio. “Even before this competition she was in the gym with me, helping coach me, made a change to my routine that made a really great difference.”

The routine that MacLennan laid down was one of the most difficult of the competition, but wasn’t as hard as she would have liked to have shown. She chose against attempting an unprecedented Olympic routine by a woman that would have included three triples at the beginning. 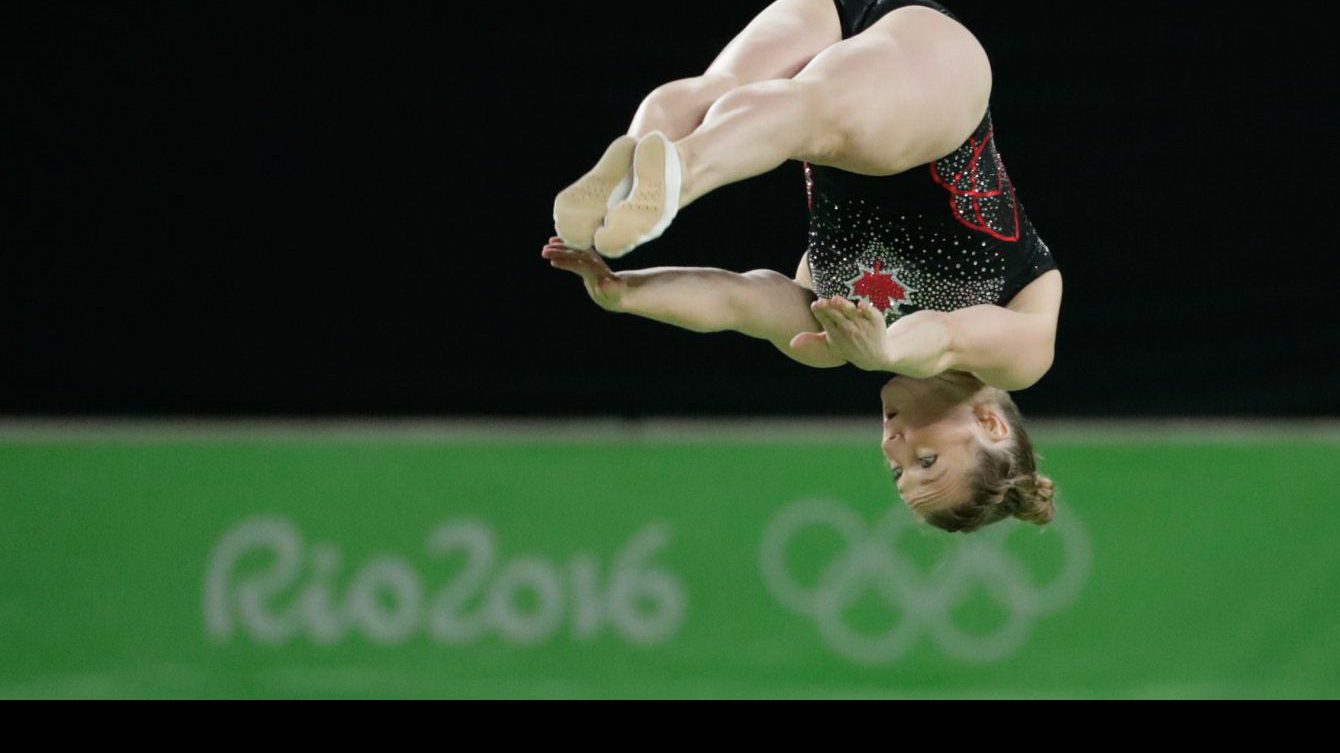 “I held back, I did my easier routine,” she said, noting her confidence in it. “The other one was a little shaky and we knew it would be a bit of a gamble and the Olympics isn’t a time to gamble.”

The decision to scale back was obviously the right one. Her 15.000 difficulty score was tied for second with bronze medallist Li Dan of China behind only fourth place finisher He Wenna’s 15.200. MacLennan’s 25.200 execution score was also second-best, only trailing the 25.500 of British silver medallist Bryony Page, who combined it with one of the lowest difficulty scores. In the third scoring component for time of flight, MacLennan was also second with 16.265 to He’s 16.370. 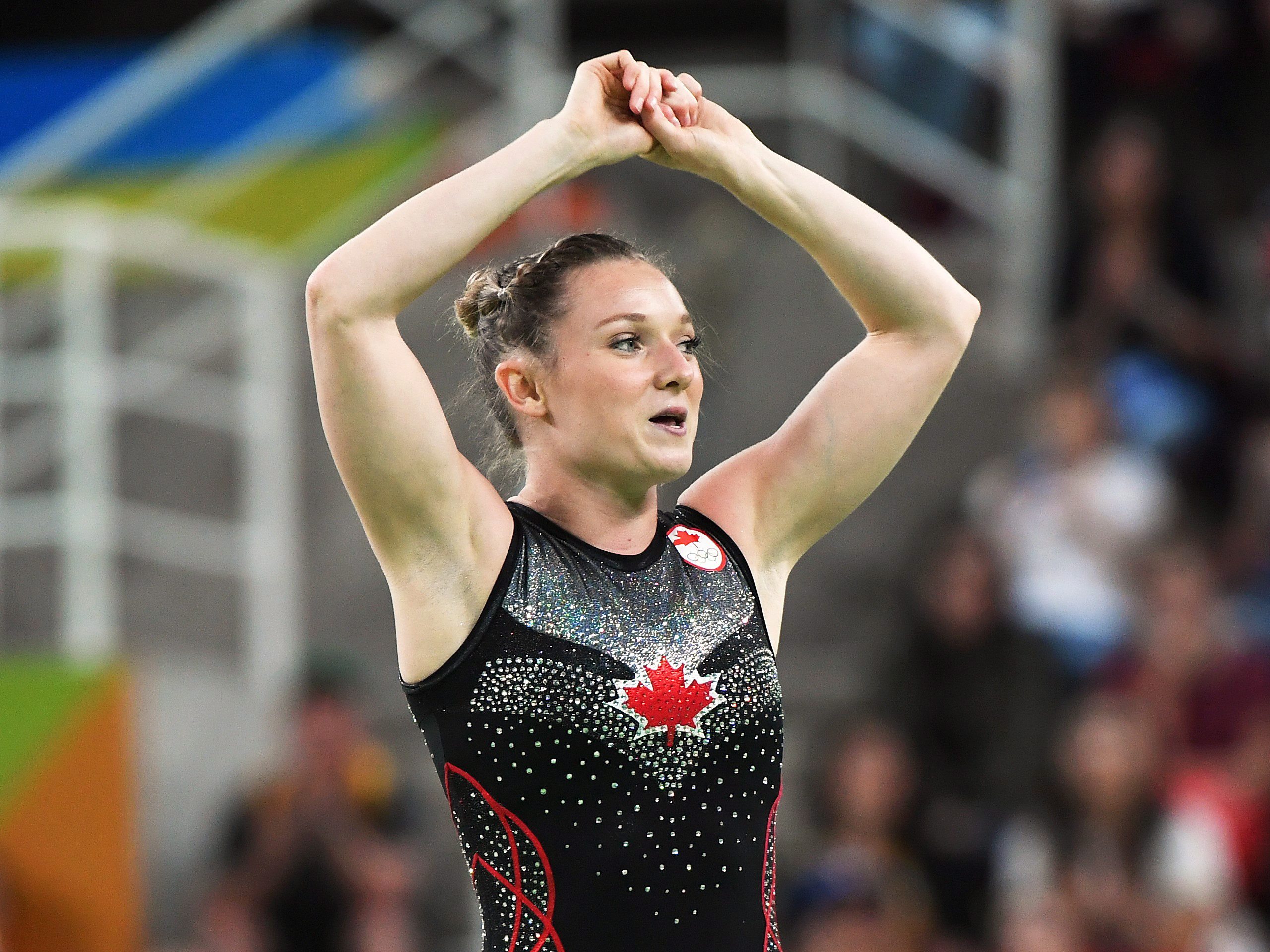 She had attempted the harder routine at a World Cup a few months back, but said she bounced a little lower and was a little messier, which made the rest of the routine a little harder. In Rio, she was able to be consistently strong across all three scored areas.

“As soon as I looked at (coach) Dave (Ross) he had a smile on his face and that’s kinda the first indication (that she had done well),” said MacLennan, who had to wait to see the scores of the last two competitors before she knew she had won the gold medal. 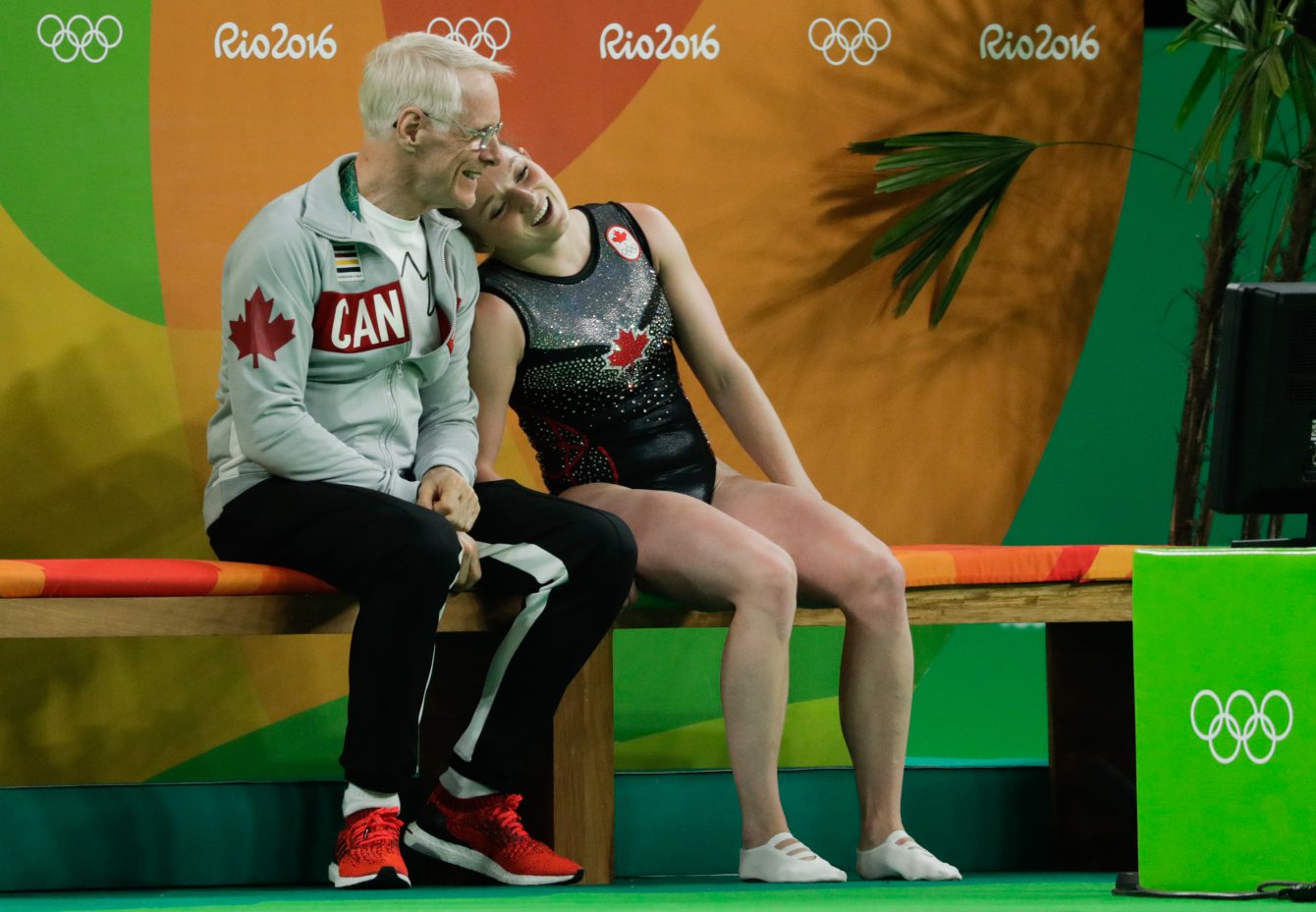 Rosie MacLennan and her coach during the trampoline finals at the Rio 2016 Olympic Games. (photo/Jason Ransom)

And she’s not done yet. MacLennan plans to keep on jumping and is excited about some incoming rule changes she hopes will play to her strengths. As for anyone who doubts the athleticism of trampoline, consider these words of the two-time Olympic champion:

“We jump 25 feet in the air. We incur 20 G’s of force in the trampoline. We build up the same lactic acid threshold as a 400-metre sprinter. In baseball you have 0.3 seconds to hit a baseball and in trampoline we have the same amount of time to make a decision and if we’re wrong once we fall off and it’s done.”