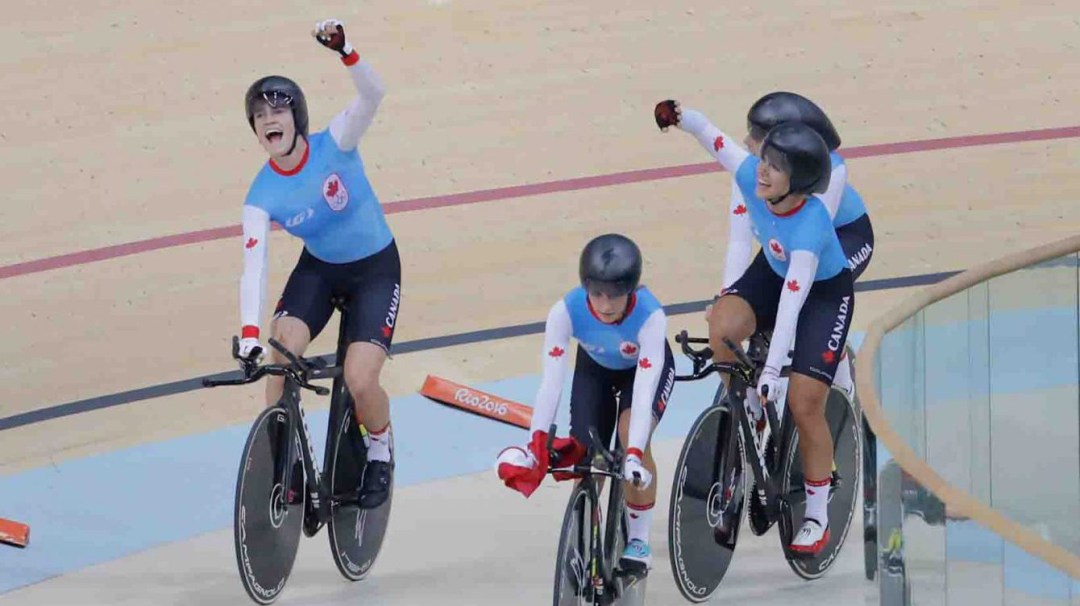 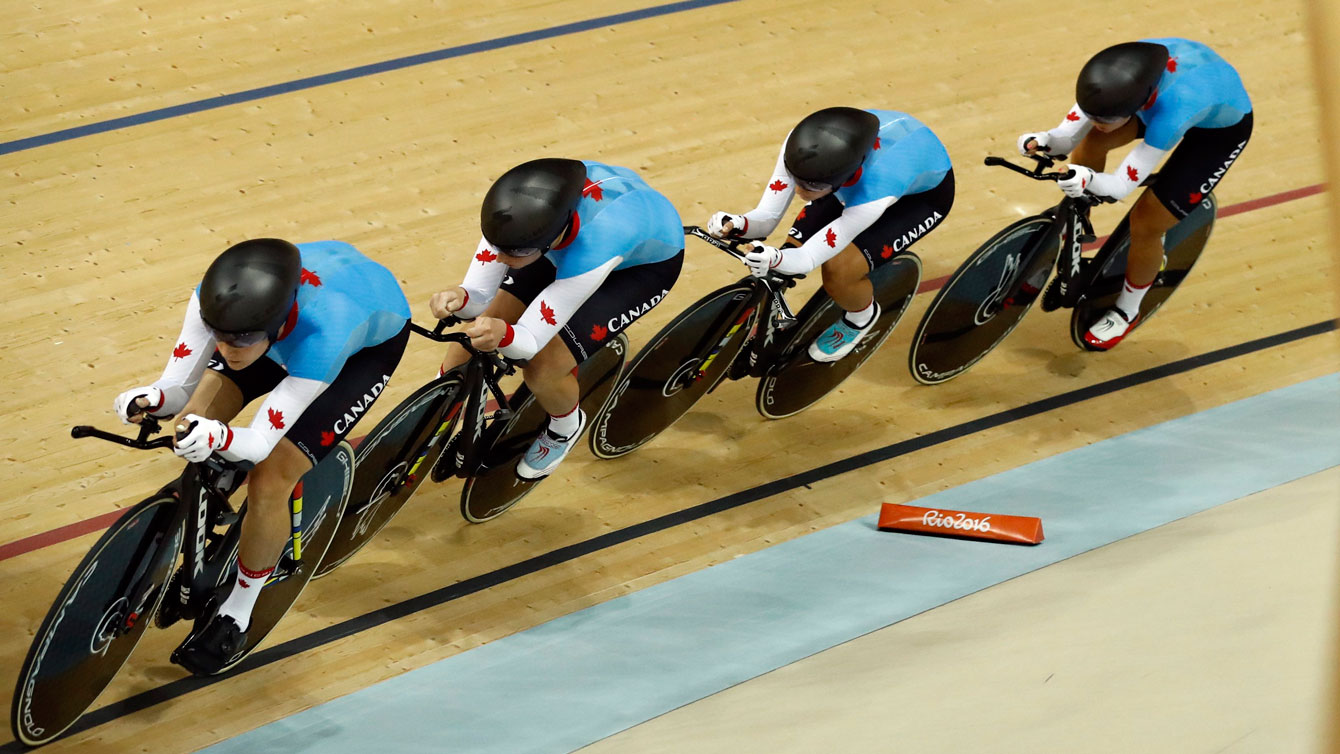 The Canadians found themselves in the bronze medal race after losing their first round match-up with Great Britain, which set a world record time of 4:12.152 to break the mark of 4:12.282 set by the United States a heat earlier.

Those two teams raced for the gold medal after Canada beat New Zealand, where the Brits remarkably lowered their world record again to 4:10.236.

Canada had finished the qualifying round ahead of the bronze medal showdown in a national record time of 4:15.636, almost two seconds faster than New Zealand. Canada broke its own record again for bronze, finishing in 4:14.627, nearly four seconds ahead of the overmatched Kiwis. 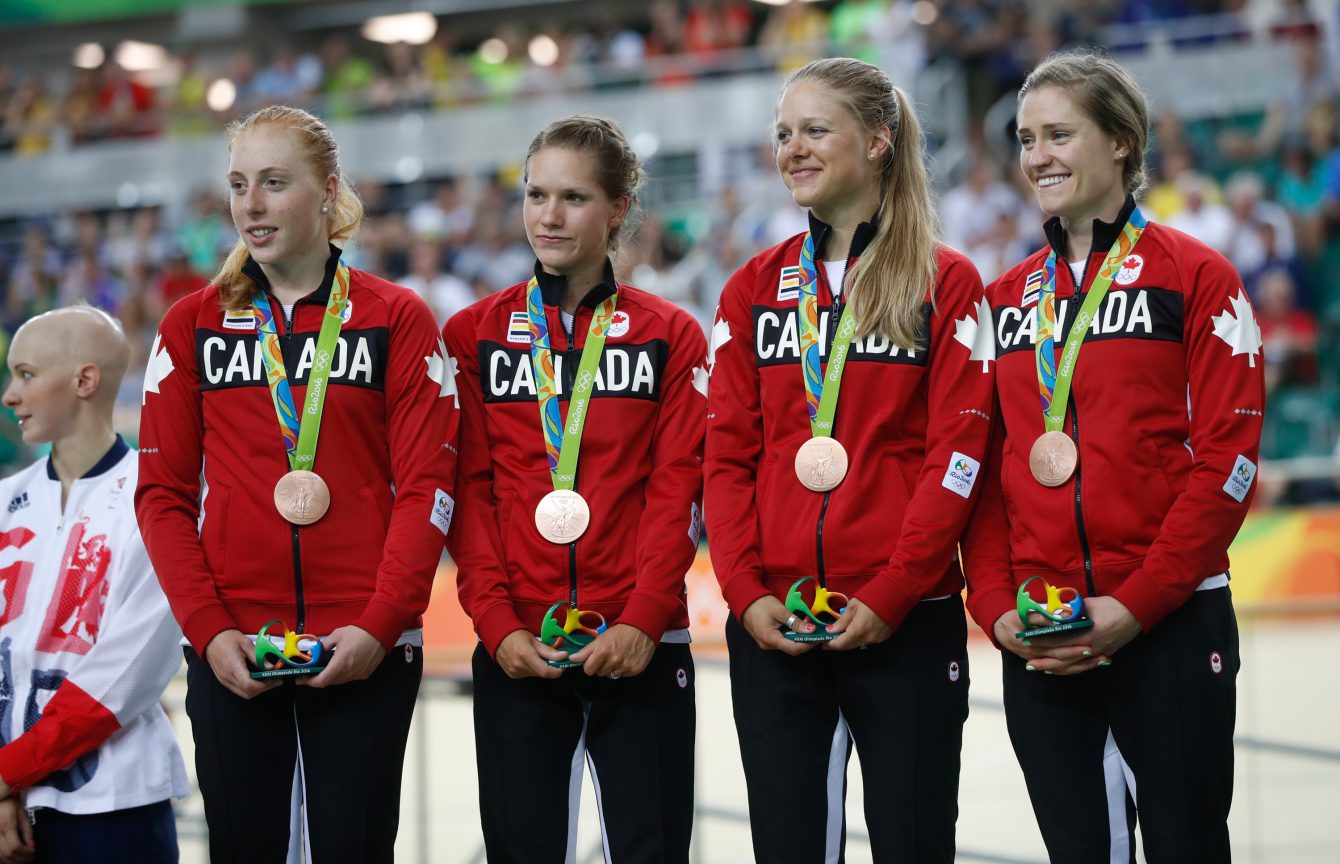 Canada had been placed into the first round meeting with Great Britain after posting only the fourth fastest time in qualifying on Thursday. In that race, Laura Brown was in the line-up in place of Lay and will also receive an Olympic bronze medal.

Only Glaesser was a member of the team that captured bronze in the inaugural Olympic women’s team pursuit at London 2012, when she stood on the podium alongside Tara Whitten and Gillian Carleton. At that time, it was a 3000m race contested by teams of three. Starting in the 2013-14 season, the UCI changed the format to match that of the men, with four-person teams racing over 4000m.

For Simmerling, it is her first Olympic medal in her third Olympic Games, although this is her debut as a summer athlete. By just competing in Rio, she made history as the first Canadian athlete to appear in a different sport at three Olympic Games. Simmerling competed in alpine skiing at Vancouver 2010 before switching to ski cross at Sochi 2014.

Since 2012, Canada has shown great consistency in the team pursuit, not missing a podium at a major international event. Along with the Olympic bronzes, Canada has won five straight world championship medals, including two silver in 2014 and 2016 and three bronze in 2012, 2013 and 2015.