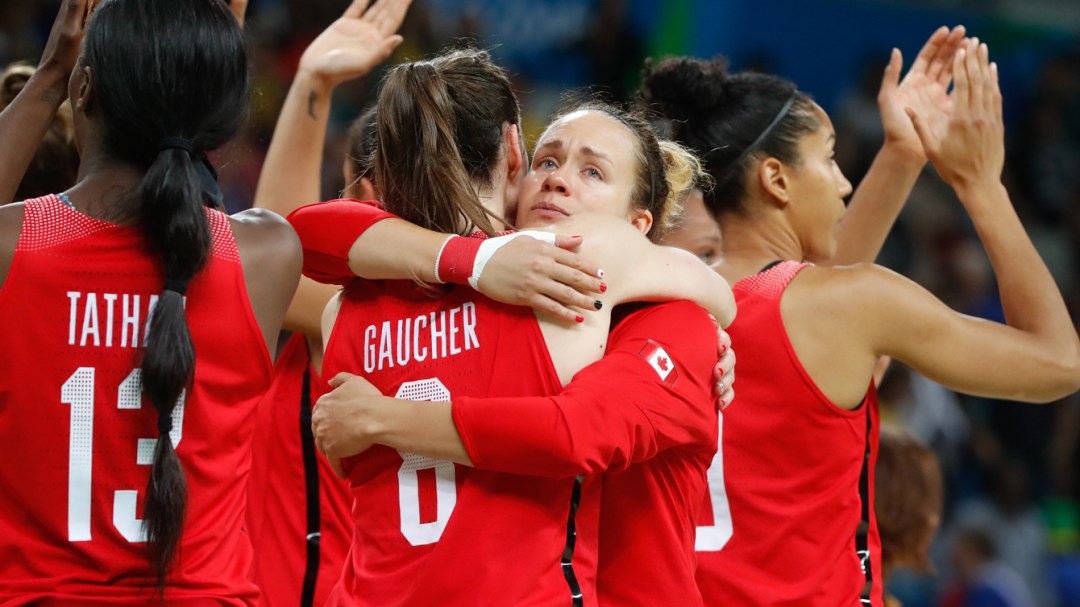 The Olympic Games came to end in heartbreaking fashion for Canada’s women’s basketball team on Tuesday.

Both teams finished with 3-2 records in the group stage of Rio 2016, with France finishing second in Group A and Canada third in Group B. 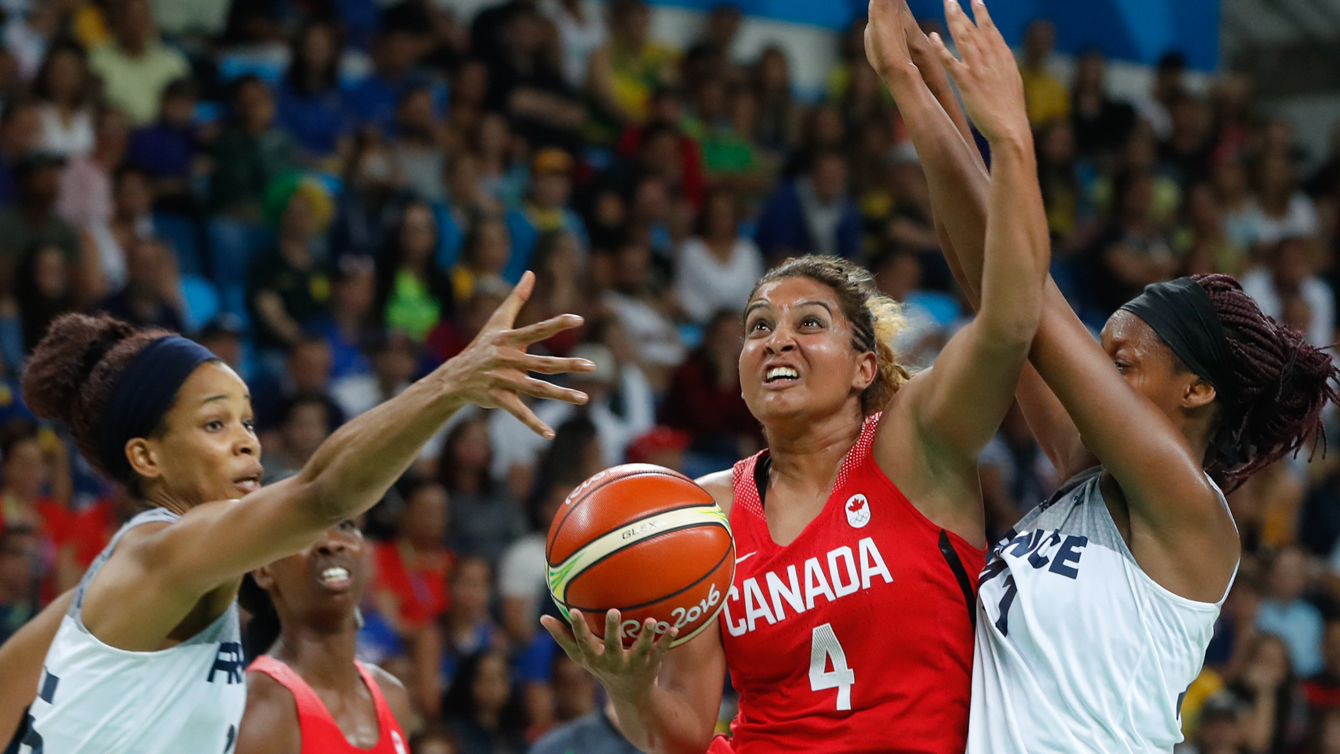 Canada’s Miah-Marie Langlois drives to the basket against France in the Rio 2016 women’s basketball quarterfinal on August 16, 2016. (COC Photo/Mark Blinch)

“We turned the ball over,” said Miah-Marie Langlois after the game. “We missed a lot of shots. They played a zone (defence) and that got us out of our comfort level. We couldn’t hit a shot.”

Canada found its shooting touch early on Tuesday, draining three three-point shots – two from Langlois and one from Kim Gaucher – to take a 13-7 lead just over four minutes in. A buzzer beating jumper from Langlois gave the Canadians a 25-16 advantage at the end of the opening quarter – a frame that saw the squad hit 70% of its field goals. 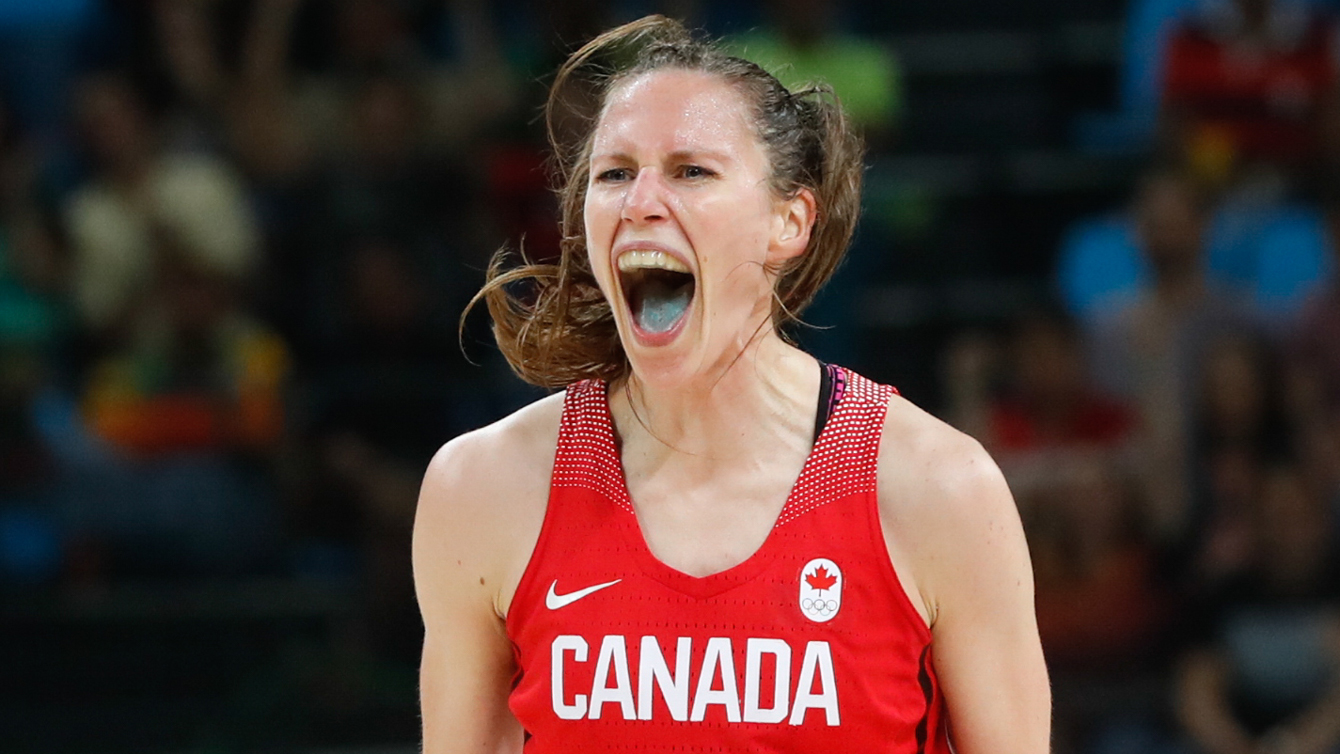 “We got into foul trouble in the second quarter and that brought them back into the game,” said Gaucher.

Canada’s offence struggled to find consistency in the second half. After a back-and-forth third quarter, France led for most of the fourth. Up 60-59, Olivia Epoupa hit a couple key free throws to extend France’s lead with 1:14 to play. A Gaelle Skrela layup with 39 seconds left then put France up by five. Canada tried to get back into it but came up short.

Gaucher led the Canadians with 15 points. Kia Nurse added 11 while Langlois and Tamara Tatham each had 10. 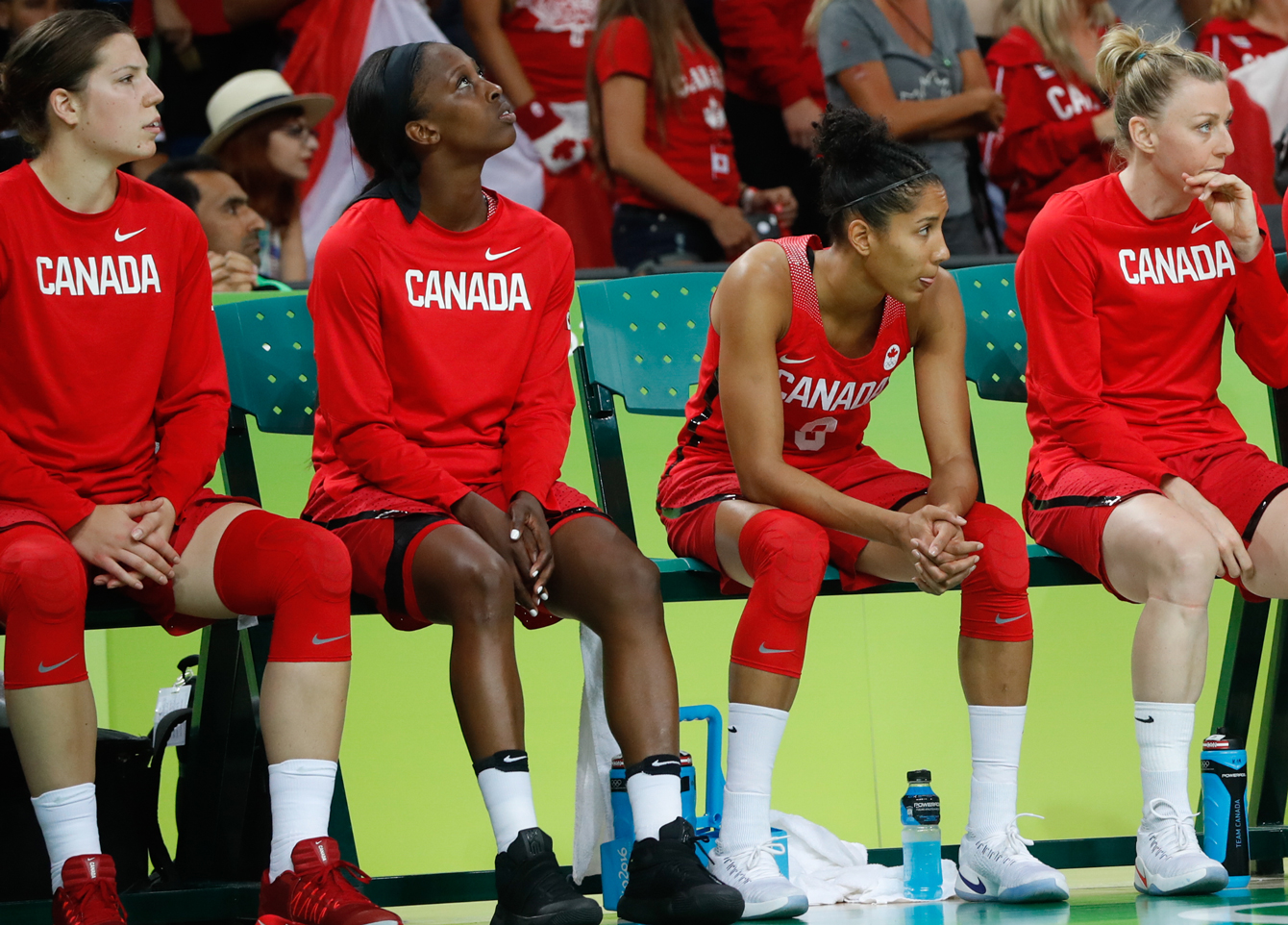 A disappointed Canadian women’s basketball team sits on their bench as the team fell 68-63 to France in the Rio 2016 quarterfinals on August 16, 2016. (COC Photo/Mark Blinch)

While Rio 2016 ends on a disappointing note for the Canadians, the team had its positive moments. Canada started the tournament 3-0 – which included a big comeback victory over Serbia. The team also kept the undefeated powerhouse Americans to under 100 points.

This marked the second straight Olympic Games that Canada reached the quarterfinals of women’s basketball – this after not playing in an Olympics since Sydney 2000. That accomplishment, along with the success the team had at the Toronto 2015 Pan Am Games and FIBA Americas tournament, will give Canada some momentum as preparation for Tokyo 2020 begins.

“I got professional basketball, that and just training,” Langlois said about her future. “Training so that we can make those shots in four years.”