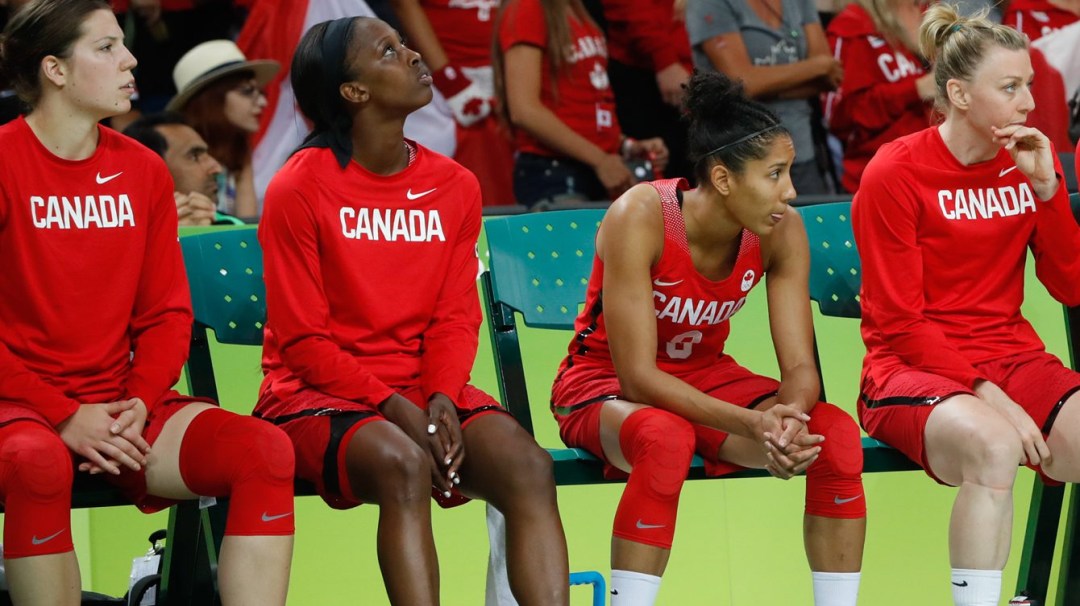 For some members of Canada’s women’s basketball team, this could be the end; for others, it’s just the beginning.

Canada started hot against France in Tuesday’s quarterfinal, but lost their shooting touch and got into foul trouble in what turned into a 68-63 loss. The result ended Canada’s dreams of reaching the podium in Rio, an especially devastating outcome for some of the team’s long-time veterans. 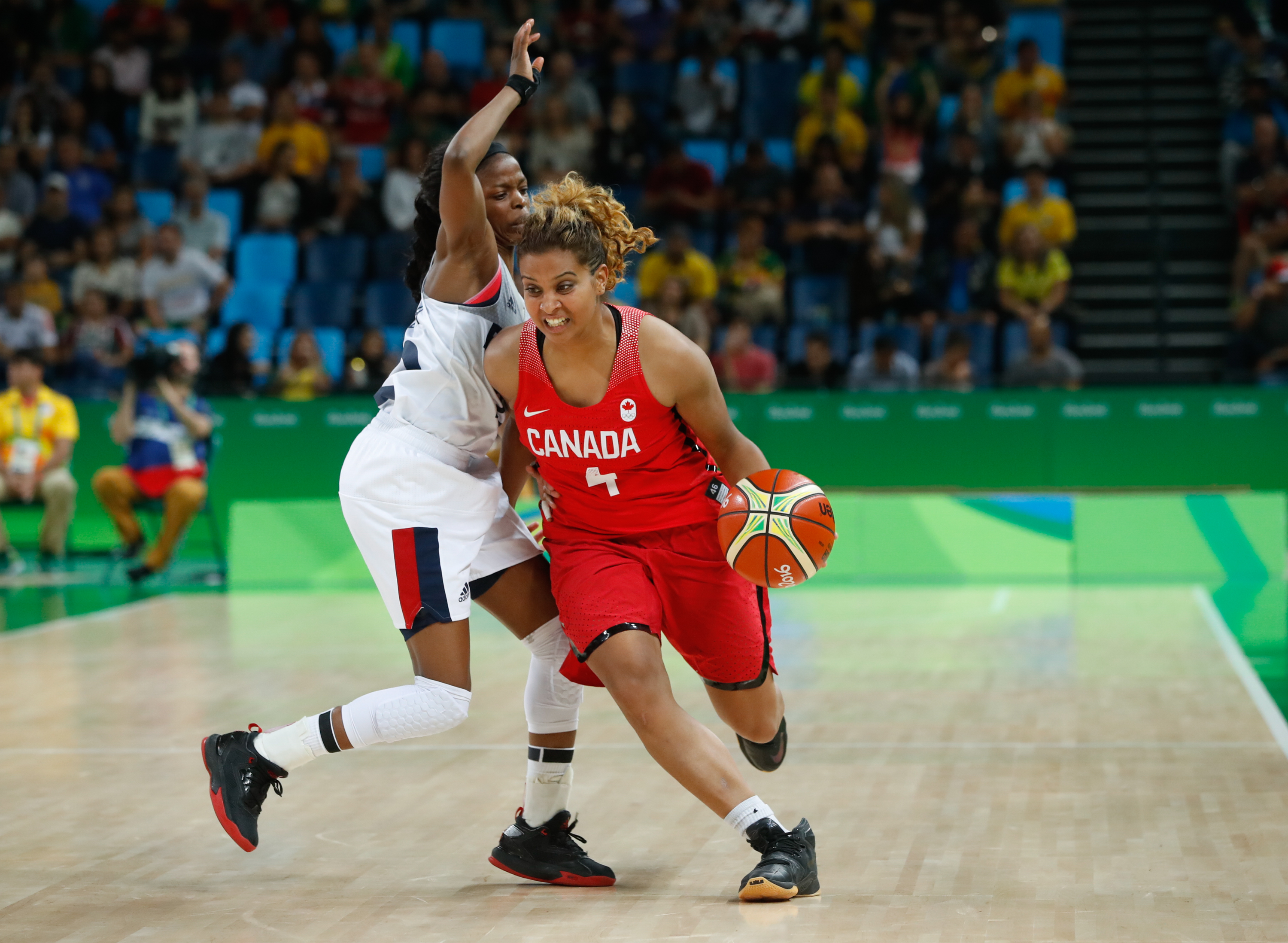 Miah-Marie Langlois competes in the quarterfinals against France during Rio 2016 on August 16, 2016 (COC/Mark Blinch)

“It hurts,” said forward Lizanne Murphy. “That’s just not the result we wanted for the amount of work we put in.”

Murphy was forced to watch the quarterfinal from the sidelines after spending most of the day in the hospital with gastroenteritis. It was an especially cruel ending to the competition for a player who, along with others like Tamara Tatham and Kim Gaucher, has represented Canada for years with little fanfare.

“It’s been 10 years that Tamara and I worked for this,” said Murphy. “There was nothing in the basketball program at that time.

“Basketball was our universe. We had no money, no help, nothing.”

140 characters is not enough to express thanks to our veterans and Canada #Rio2016 🇨🇦🍁 pic.twitter.com/pi2Ubu3Tf1

An influx of rising stars helped push the team to new heights in 2015, when they won gold at the Pan American Games and FIBA Americas Championship. Those young players realize what was at stake against France, and what the opportunity meant for some of their more experienced teammates.

“Some girls are retiring,” said guard Miah-Marie Langlois. “It was a tough road for them. I’m disappointed in myself. I just wish we could have got it for them.”

Perhaps the biggest star of the run-up to Rio was 20-year-old Kia Nurse, though she had a difficult Olympic tournament and was inconsolable following the loss to France.

“You saw it out there today, we gave it our all,” said Nurse, tears in her eyes. “Just came up a bit short.” 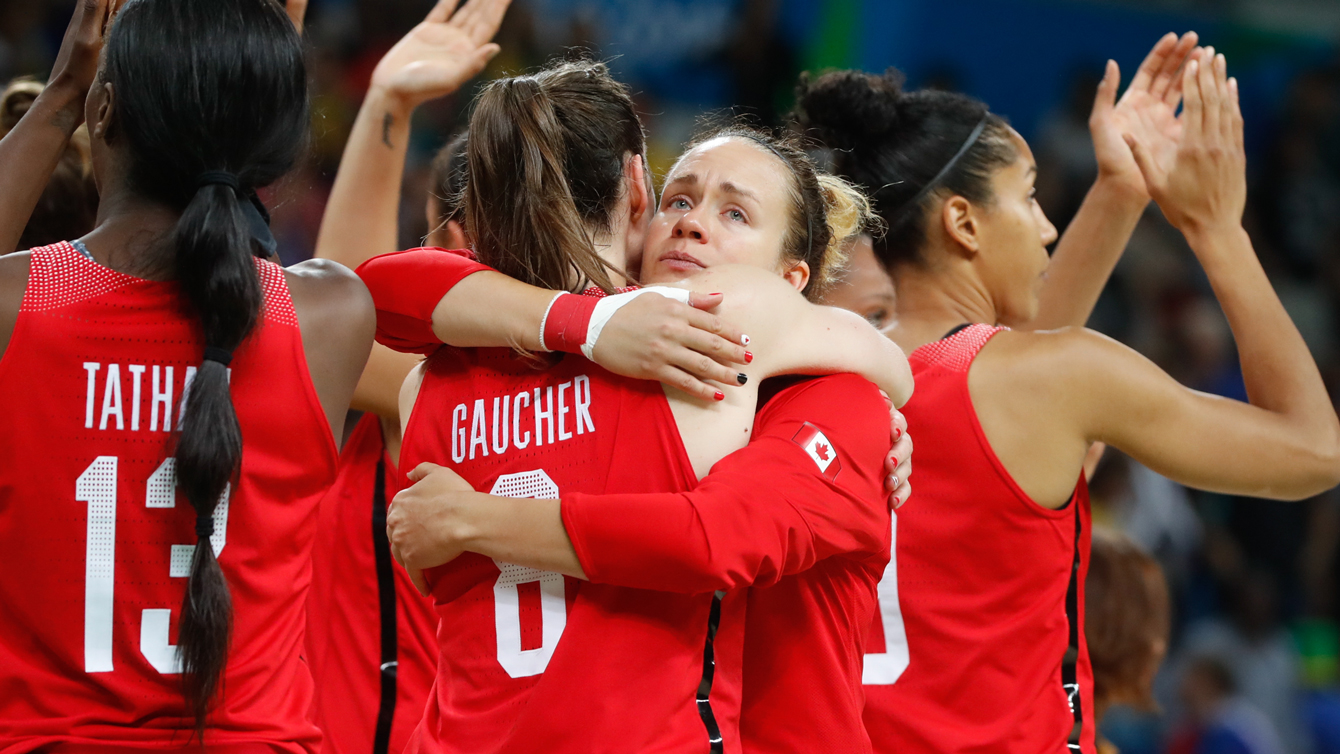 While the Olympic Games in Rio may have been the last shot at an Olympic medal for some veterans, hope remains that the lessons learned in 2016 could prove valuable to the new generation in the years to come.

“I learned a lot that I can take with me to play in my professional career,” said Nirra Fields, 22, a member of the WNBA’s Phoenix Mercury.

“It’s just vital that we all learn from this, get better for the next four years (and) try to just be better than we were today.”