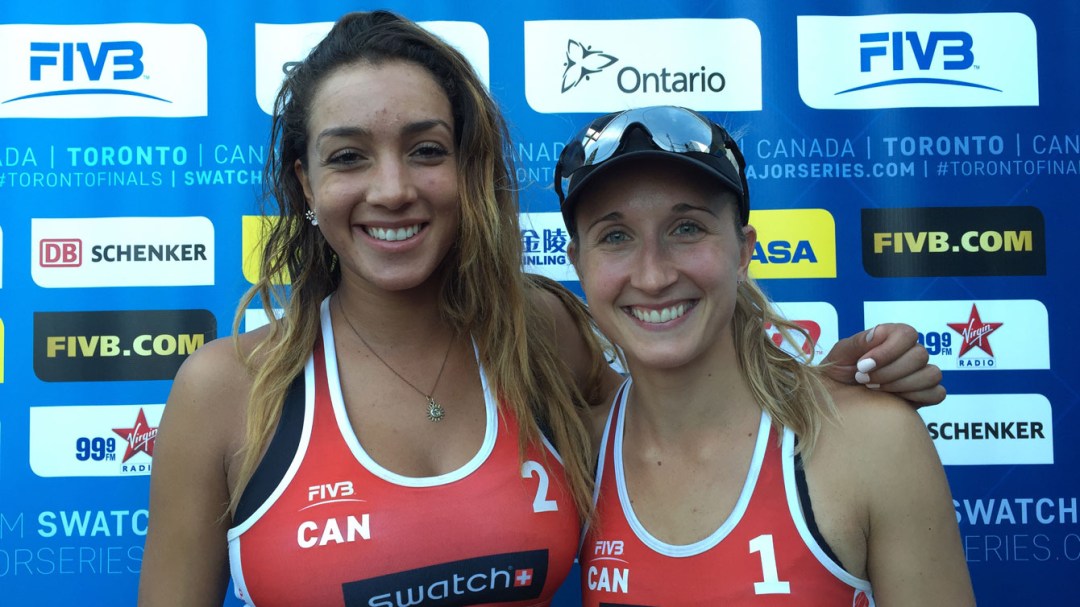 The pair went up against Sarah Pavan – Bansley’s former beach volleyball partner – and her new teammate Melissa Humana-Paredes. The all-Canadian matchup came after Pavan and Bansley parted ways following their fifth place finish in Rio, leaving a spot in the FIVB finals in Toronto up for grabs.

Rio 2016 duo Jamie Broder and Kristina Valjas open the women’s competition for Canada against Brazil’s Larissa Franca and Talita Antunes at 2:30pm ET. Followed by Bansley and Wilkerson, who will face Italy’s Marta Menegatti and Laura Gimbini. Josh Binstock and Sam Schachter will cap off the day for Canada, playing  Nick Lecena and Phil Dalhausser from the United States.

Chaim Schalk and Ben Saxton will play their first match at Polson Pier on on Thursday. More information on the FIVB finals can be found here.