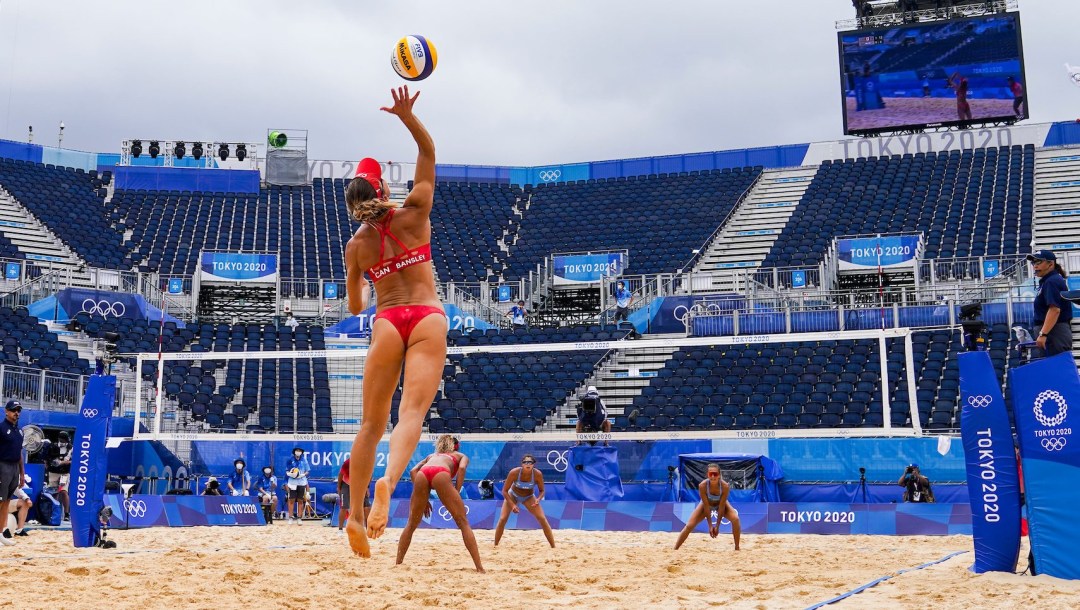 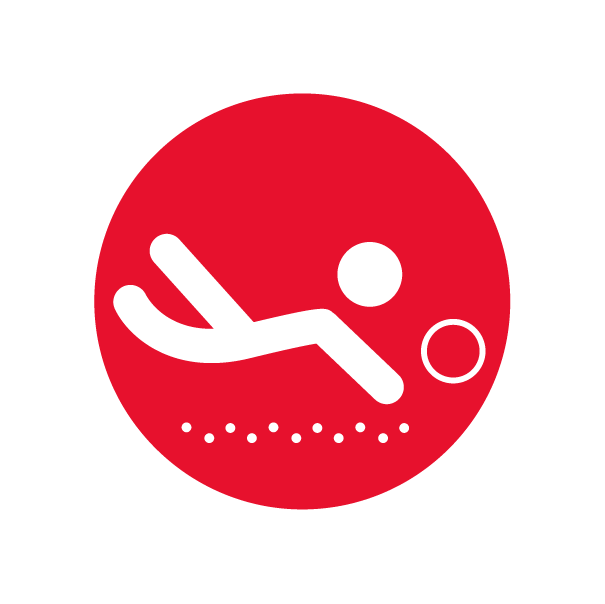 Beach volleyball takes the complexity of the indoor game and adds the difficulty of playing in sand, as well as having to rely on only one teammate, to hit the ball onto the ground in the opponent’s court. A beach volleyball court measures 16m x 8m and is divided in half by a net that has a height of 2.43m for men and 2.24m for women.

Both the men’s and women’s Olympic tournaments begin with the 24 two-player teams divided into six pools for a preliminary round robin within each pool. The winning team in a match receives two points in the standings while the losing team receives one point. The top two teams in each pool advance to a Round of 16, along with the two best third place teams. The remaining third place teams play off in a lucky loser round to determine the final two places in the Round of 16. At this point, the tournaments become single elimination brackets, narrowing down to the semifinal winners who play for gold and silver while the semifinal losers play for bronze.

Canada’s best result in a women’s Olympic beach volleyball tournament is fifth place, meaning the teams advanced to the quarterfinals. The first to do it were Guylaine Dumont and Annie Martin at Athens 2004, followed by Sarah Pavan and Heather Bansley at Rio 2016. At Tokyo 2020, both Canadian duos – Pavan & Melissa Humana-Paredes and Bansley & Brandie Wilkerson – were quarterfinalists.

Mike Plantinga has been playing volleyball since he was 13, but got into beach volleyball in 2009 after a suggestion…

Aaron Nusbaum and his partner Mike Plantinga first competed together back in 2015. After a brief break, they began playing…