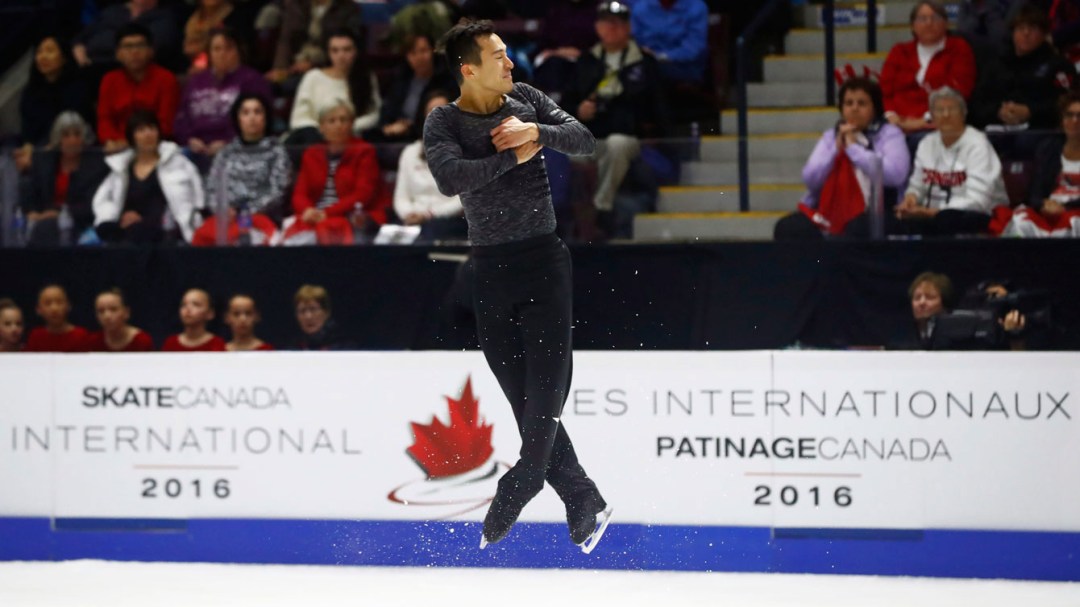 What a weekend it was for Canadian skaters at Skate Canada International.

Seven medals. Three gold. Three double podiums. The second Grand Prix event of the season gave us plenty to be excited about for the year and more ahead as we move closer to PyeongChang 2018.

Victorious return for Virtue and Moir

They weren’t perfect, but they made us remember why we love them. Tessa Virtue and Scott Moir showed the influence of the last two years spent show skating, especially in their short dance as they grooved along to Prince. Sure, the twizzles in the free skate were a little off balance and they lost a level here and there on various elements, leading to less than a point win over two-time world medallists Madison Chock and Evan Bates of the United States. But those things are all fixable as the year goes along. What they have now is a higher level of performance and more creative choreography courtesy of new coaches Marie-France Dubreuil and Patrice Lauzon, with room to grow as the season goes. 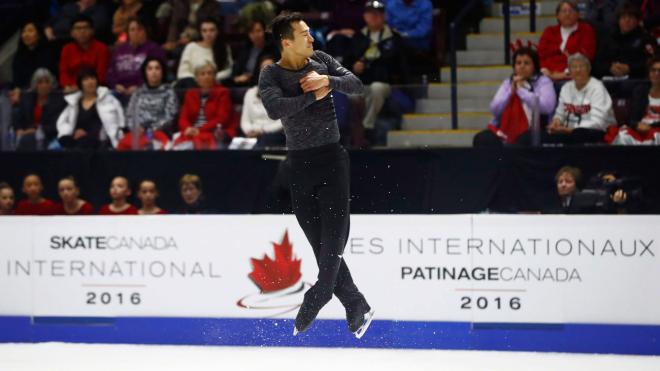 It’s not a matter of having one quad or two quads. It looks like if you want to hit the podium in the men’s event in PyeongChang, you’re going to need at least three… in your free skate alone. This early in the season, the skaters are still trying to find their timing to successfully land all of those four rotation jumps, but they’re in there. Olympic champion Yuzuru Hanyu planned two in his short program and four in his free skate. Ditto for Kevin Reynolds and world junior champion Daniel Samohin of Israel. Patrick Chan upped his free skate content from last year to include three. It’s a different men’s event from Sochi 2014 for sure, with everyone taking great risk for great reward.

Although he couldn’t translate it from the practice ice to competition ice, Chan has added a quad Salchow into his free skate this season. Along with two quad toes and two triple Axels, it is his most technically ambitious program ever. That led to some fatigue towards the end on Saturday, as he doubled his planned triple flip and Lutz, relying on his 10+ point lead over Hanyu after the short program, to win gold. But if he can combine that content with his exceptional components, highlighted by his speed and skating skills which are second to none, Chan will always be in the podium conversation.

Duhamel and Radford enjoying their reign

The saying goes that it’s harder to defend a world title than win one. But that all changes when you win a second. Meagan Duhamel and Eric Radford look completely comfortable in their now two-year reign as world champions. And yet, they’re still pushing themselves, landing the throw triple Axel in their short program to give themselves an even bigger technical edge on the rest of the world. They won gold by 16 points in Mississauga, even with a fall on their throw quad Salchow. At this point, their competitors are playing catch-up.

Osmond back in business

Last year at this event, Kaetlyn Osmond fell five times in the free skate. This year she walked away with the silver medal, earning personal best scores in both programs. Since her coming out at 2012 nationals, Osmond has had the “it” factor, a truly natural performer who reaches out into the audience and makes you watch her and her soaring jumps. If last year was her return to competition after a season missed with a broken leg, this year is her return to contender status, even if she might be under the radar to many.

Gilles and Poirier making their move

No ice dance team looks as well-trained so far this season as Piper Gilles and Paul Poirier. They brought the fun in the short dance, dazzling us with their disco routine. It was a complete 180 in the free dance, going super serious with an intense tango. If they can build on the personal best performances that brought them a bronze medal, beating former world champions Anna Cappellini and Luca Lanotte, they’ll be pushing for a top five finish at the world championships. 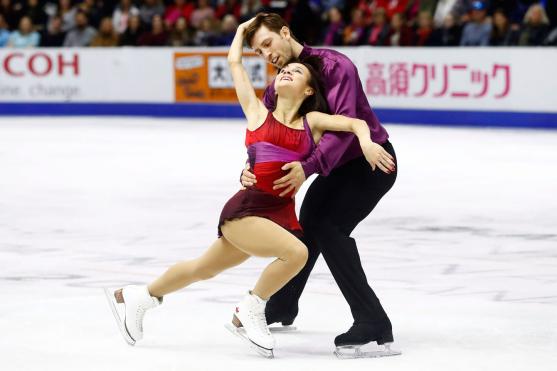 It always takes a couple of seasons for a new pair to really gel as a unit – especially when the two halves come from vastly different backgrounds, as is the case with Dylan Moscovitch and Russian-born and trained partner Lubov Ilyushechkina. Three years in, they’ve found their style. Their free skate music selection is inspired. Their lifts look like no one else’s. They are now showcasing the truly unique highlights that made us anticipate this pairing since it was first announced. This weekend it culminated in a bronze medal for their first Grand Prix podium together.

Return to form for Reynolds 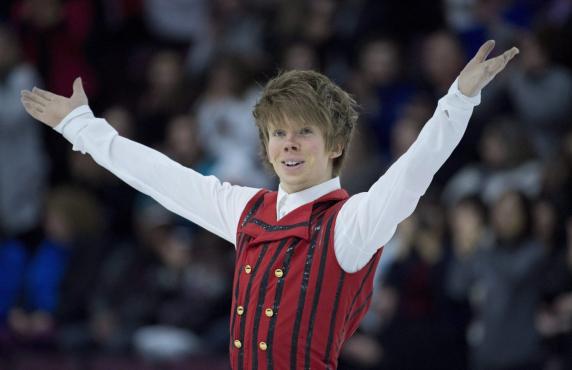 Kevin Reynolds of Canada performs in the Men’s Short Program during the 2016 Skate Canada International competition in Mississauga, Ont., on Friday, October 28, 2016. THE CANADIAN PRESS/Nathan Denette

Kevin Reynolds’ first Grand Prix podium has been a long time coming, and one which he thought might never come. Like Osmond, the silver medallist from the 2014 Olympic team event has been in a losing battle with injuries the last few seasons. Between not being able to find a pair of boots that fit him properly and undergoing hip surgery, he hasn’t even competed at a Grand Prix event since the fall of 2012. But Canada’s quad master looks better than ever, getting great height and rotation on his jumps to go with improved program composition. He’s got his eye on competing at the world championships in Helsinki, selecting some Finnish folk music for his short program. 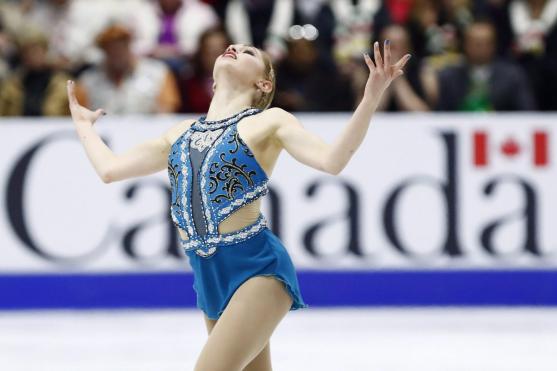 The title of national champion seems to be sitting nicely on Alaine Chartrand. She’s really developed her on-ice personality to go with her great jumps. She, Osmond and Gabrielle Daleman, who was fourth last week at Skate America, all have the goods to place at least in the top 10 at the worlds. Such a shame that one of them will be left home, with Canada only qualifying two spots last year. But whoever emerges from that trio looks to have a shot at earning the third spot for the Olympic team.

Bring on the team event

If there’s one thing Skate Canada International made clear, it’s that Canada is strong across all disciplines. That depth is more important than ever with the team event on the Olympic program. Canada has choices as to which two disciplines will have skater swaps between the short programs and free skates. The gold medal is there for the taking in PyeongChang and Team Canada wants it after bringing back silver from Sochi.