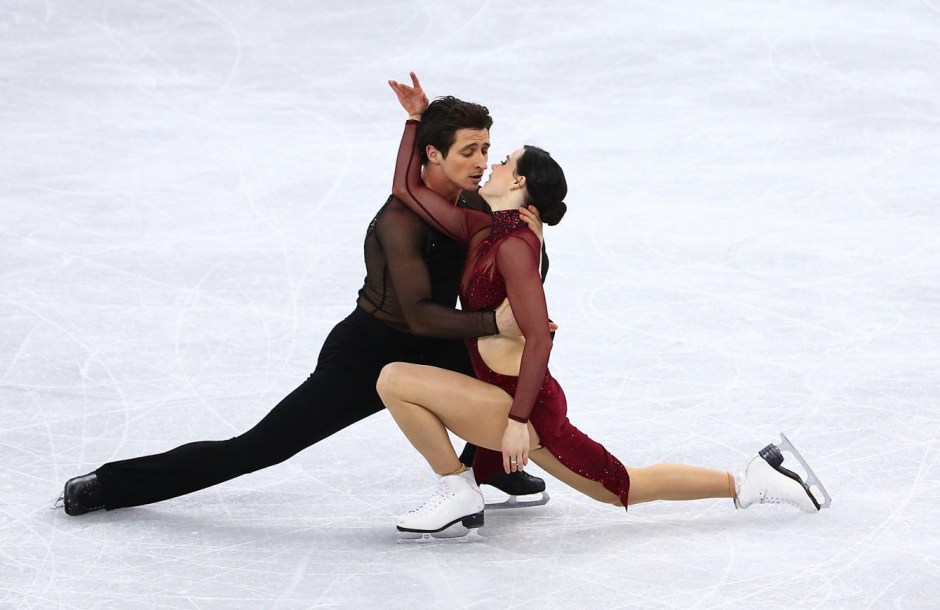 At PyeongChang 2018, Scott Moir and partner Tessa Virtue became the most decorated figure skaters in Olympic history. Winning gold medals in both the ice dance and team events, they are the first figure skaters to own five career Olympic medals.

Virtue and Moir produced one of their best seasons ever in 2016-17, going undefeated en route to their third career world title. Included in that was their first ever win at the ISU Grand Prix Final as they enjoyed a successful comeback after a two-year hiatus from competition. They had taken a break to perform solely in tours and exhibitions after winning two silver medals at Sochi 2014 in the ice dance event and as part of the inaugural Olympic team event.

Virtue and Moir had produced one of the most memorable moments of the Vancouver 2010 Olympic Winter Games when they captured gold in front of the supportive home crowd, becoming the first North American ice dancers to be crowned Olympic champions. Virtue and Moir enjoyed early international success. After winning the world junior title in 2006, they won their first senior world championship medal, silver, just two years later. Their momentum was slowed in the fall of 2008 when Virtue underwent surgery on both shins, causing them to miss the first half of the season, but they returned to win bronze at the 2009 World Championships.

Thanks to their early season results, Virtue and Moir went to Vancouver 2010 as gold medal contenders, but what no one knew was that Virtue was still fighting through leg pain that made even a short walk a struggle. The duo began their Olympic competition with a second place finish in the compulsory dance, but brought the house down with their Flamenco-inspired original dance. At the ages of 20 and 22, they became the youngest ice dance team to ever win Olympic gold with their stirring free skate to Mahler’s Symphony No. 5. One month later they won their first world title.

In the fall of 2010, Virtue underwent a second surgery to relieve pressure on her calves. In their only full competition of the season, they won silver at the 2011 World Championships behind Americans Meryl Davis and Charlie White. As they had since finishing 1-2 at Vancouver 2010, those two couples spent the next two seasons battling for the top of the podium. Virtue and Moir won their second world championship gold in 2012 before taking silver in 2013.

In 2016 Virtue and Moir moved their training base to Montreal to be coached by two-time world silver medallists Marie-France Dubreuil and Patrice Lauzon as they strive to push themselves and their sport forward both technically and artistically. Virtue and Moir were selected to serve as Team Canada’s Opening Ceremony flag bearers at PyeongChang 2018.

In 2020, Virtue and Moir were appointed Members of the Order of Canada.

A little more about Scott

Family: The Moir family has always been heavily involved in figure skating… Mother Alma and her twin sister Carol are both coaches at the Ilderton Skating Club… Older brother Danny was a competitive junior ice dancer with cousin Sheri… Older brother Charlie was a singles skater… Father Joe always taught him to dream big… Getting into the Sport: Started skating at age three because he was always at the rink with his mother… At first wanted to skate faster for hockey to fulfil his dream of being Joe Sakic and winning the Stanley Cup but he realized he didn’t have the hands for hockey… First teamed with Virtue by his aunt Carol when she was seven and he was nine…  At the beginning, the two were so shy that they didn’t talk to each other while skating… Outside Interests: Avid hockey fan, especially of the Toronto Maple Leafs… Follows every sport he can… Enjoys playing hockey and golf… Supports the Thames Valley Children’s Centre… Odds and Ends: Had his story published in the book Tessa & Scott: Our Journey from Childhood Dream to Gold after their Olympic triumph… Knew he wanted to be an Olympian while watching triathlete Simon Whitfield win gold at Sydney 2000… Favourite Olympic memory is being in the arena when Sidney Crosby scored the gold medal-winning goal for Team Canada at Vancouver 2010… Favourite quote: Life is a garden. Dig it! – Joe Dirt