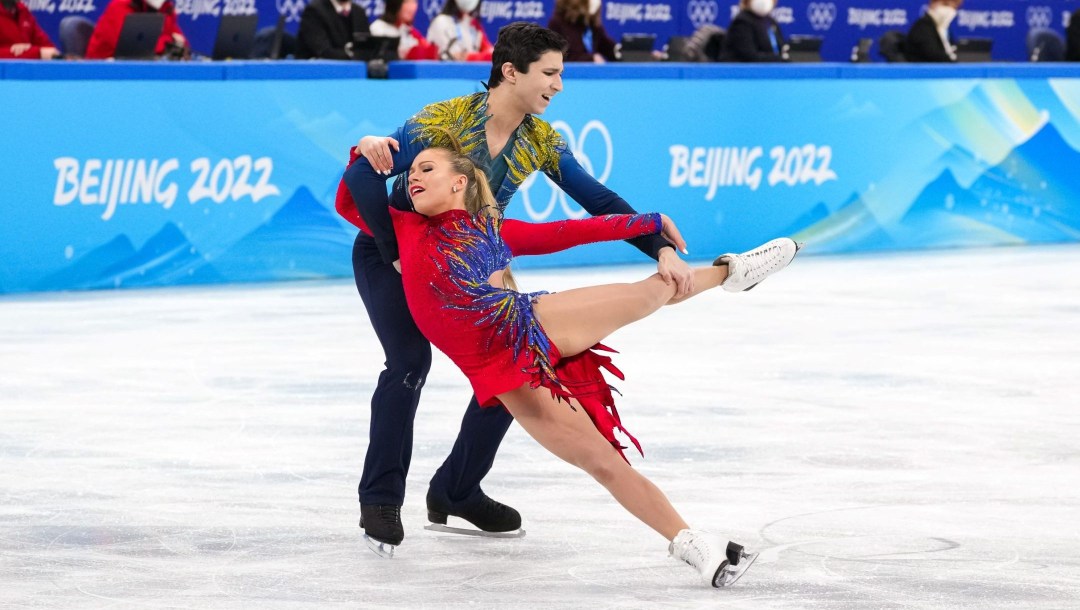 Marjorie Lajoie and Zachary Lagha were crowned world junior ice dance champions in 2019. They were just the second Canadian duo, after Tessa Virtue and Scott Moir in 2006, to win a world junior title in ice dance. Two years later in 2021, they competed at their first senior ISU World Championships.

Lajoie and Lagha made their international debuts in a Junior Grand Prix event in October 2015. A few months later, they captured the silver medal in the junior ice dance event at the 2016 Canadian Championships. They represented Canada at the 2016 Winter Youth Olympic Games in Lillehammer where they finished fourth in the ice dance event but won a bronze medal in the mixed team event. They ended the season by competing at their first of four straight world junior championships.

Over the course of their junior careers, Lajoie and Lagha won three junior national titles (2017, 2018, 2019) and qualified for back-to-back Junior Grand Prix Finals in 2017-18 and 2018-19. They started competing as seniors in 2019-20, which included their debut on the ISU Grand Prix circuit and a silver medal at the national championships. They followed up with a fifth-place finish at their first Four Continents Championships. They were named to the Canadian team for the 2020 World Championships before they were cancelled with the onset of the COVID-19 pandemic. In the fall of 2021, they posted their first top-five finish in a Grand Prix event at the NHK Trophy in Japan.

After winning bronze at the 2022 Canadian Championships, Lajoie and Lagha made their Olympic debuts at Beijing 2022 where they placed 13th. They followed up with an 11th place finish at the 2022 World Championships.

A Little More About Marjorie

Getting into the Sport: Started skating at age 3 and entered her first competition at age 6… Loves that in figure skating she has to achieve difficult things while making them seem effortless… Inspired by the work ethic and legendary status of Tessa Virtue and Scott Moir… Outside Interests: Works as a figure skating coach… Enjoys eating dessert, spending time with her family and cats… Inspired by her brother, she supports Fondation de l’Autisme and in 2019 organized a show called “Patinage Atypique” (which sold out) to raise funds… Odds and Ends: Starting at age 11, spent a few summers working as an actress for a TV prank show called “Just Kidding”… Favourite motto: “Some fear the fire, some simply become it” -Rh.Sin… Brother, Jérôme, represented Canada internationally in judo…