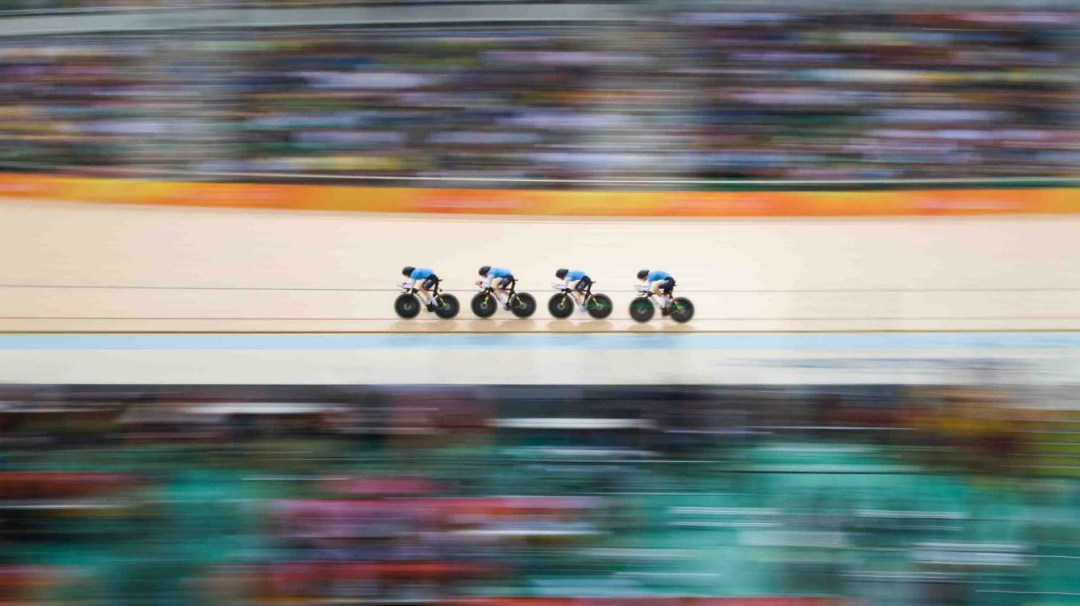 Help Build an Olympian: From the slope to the track, Simmerling reaches top speed

The Help Build an Olympian campaign has partnered with six Canadian Olympians. Today on Giving Tuesday, read their stories to learn about how the performance pillars propelled our athletes to Olympic success.

At Rio 2016, 27-year-old Georgia Simmerling became the first Canadian to compete at three different Olympic Games in three different sports. She was a member of the alpine skiing team at Vancouver 2010; at Sochi 2014, she placed 14th in women’s ski cross; and this summer, she won a bronze medal in women’s track cycling team pursuit. 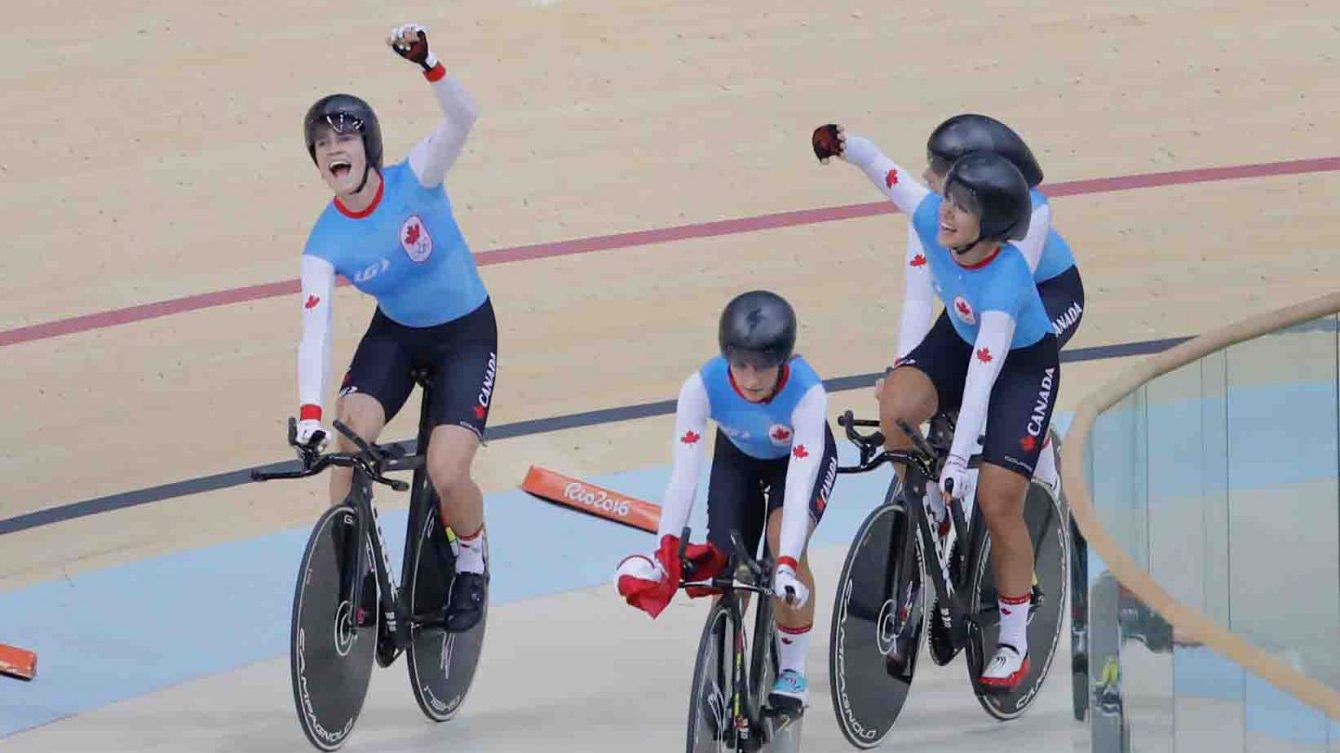 The idea that she wanted to compete at both the winter and summer Olympic first inspired Georgia in the summer of 2012, when she tried her hand at rowing. “I thought to myself, it’s been done before, why not try it out, really. The worst case was going to be no, and I would end up in the exact same place I was in. That’s my motto in life; the answer’s no until you try.”

In the summer of 2014, she was introduced to sprint track cycling as a cross-training tool for ski cross. “I realized at the end of that summer that I wanted to pursue endurance the next summer.” When she shattered her wrist competing at a World Cup ski cross event in January 2015, she decided to completely commit herself to endurance track cycling. 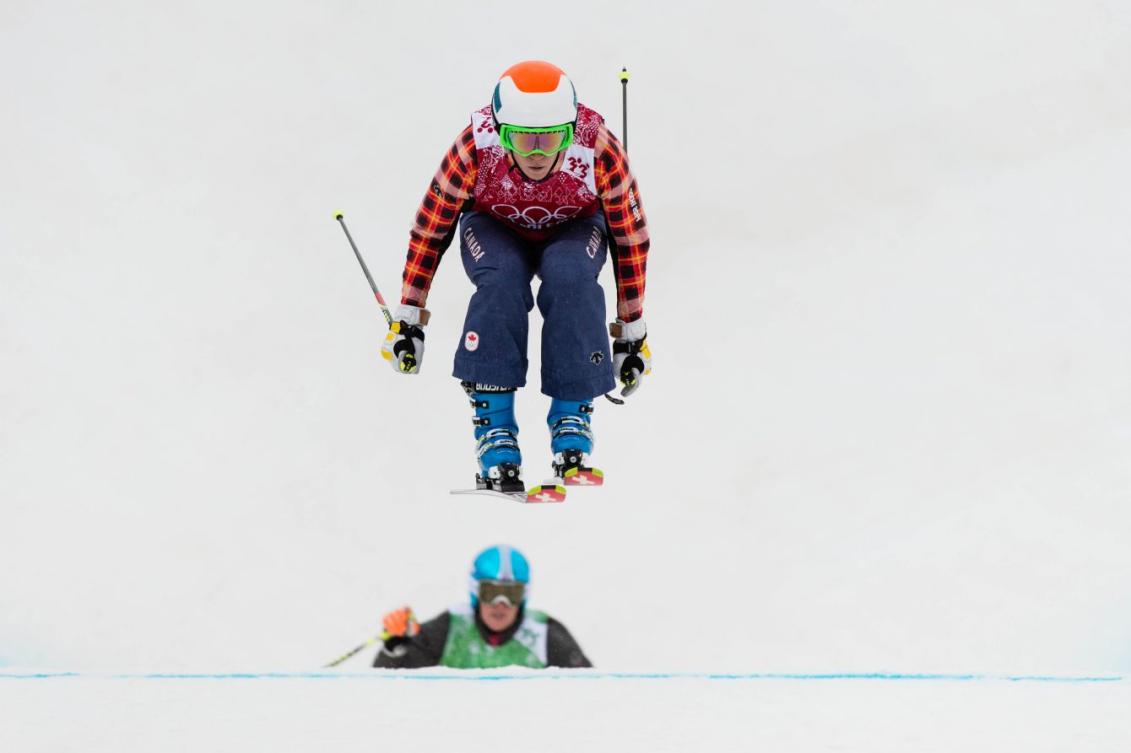 So, she spent a lot of time at the Burnaby Velodrome getting up to speed, and supplemented her track training with strength and endurance training. She had a solid base of strength from her decade competing in skiing, but track cycling targets different muscle groups.

“I knew that the physical requirement was going to be a lot. I definitely couldn’t have expected the mental stress that I put on myself. I was so new at track cycling and I had literally no days to waste, so every day for me was a test pretty much.”

Her mental strength from skiing helped, and she improved enough to make the national team. However, “Once we were on the team it was just as hard,” she admits. Multiple times per week, the team would spend over six hours on their bikes in addition to strength conditioning.

After Georgia had been training as a track cyclist for just 16 months, the team’s hard work paid off in a bronze medal. But, for much of that time, Georgie wasn’t a funded athlete since she wasn’t competing on the ski cross circuit. Nor did she have the time to hold a job, since she was 100% dedicated to track cycling; instead, she campaigned and raised the money required for her training herself.

“I found ways to connect with my community in Vancouver and my network of supporters across the country. I was supported by local [Vancouver] bike shops, the Burnaby Velodrome supported me for my training. I created custom Team Simmerling bike jerseys and I raised money by selling those to my supporters. So I had to put my thinking cap on and I was actually pretty successful for someone that chose a different path.”

In January 2016, she received her carding once again from Alpine Canada, and is already training for this year’s ski cross world circuit, aiming to qualify for PyeongChang 2018—her fourth Olympics. “I’m lucky to represent my country every day of my life and to call my passion my job. I do not work as hard as I do every day to win a medal. Inspiring kids across this country and the next generation of Olympic medallists of doctors or lawyers or scientists to be passionate about their life is the most rewarding feeling.”