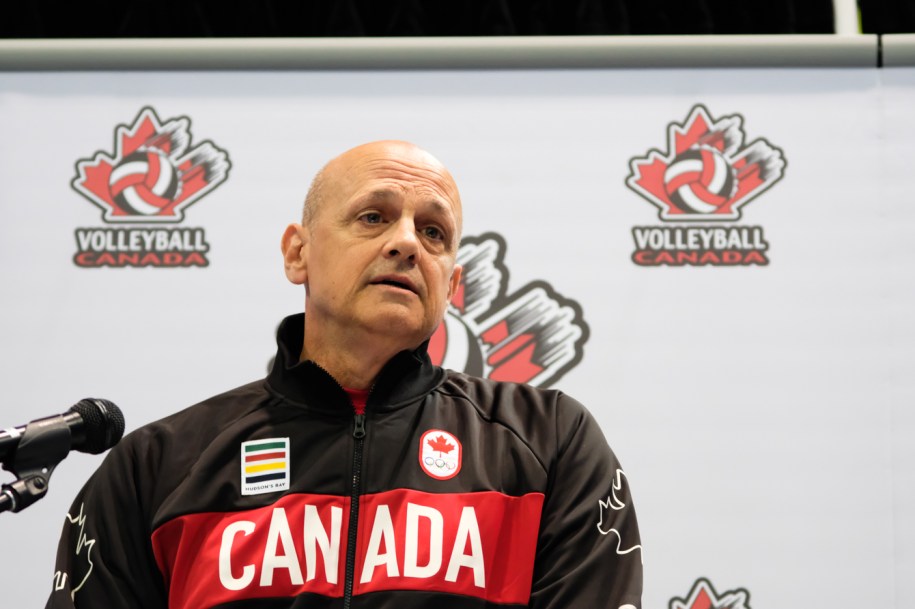 Men’s indoor volleyball head coach Glenn Hoag played for Team Canada at the 1984 Olympic Games, where they placed fourth, Canada’s best-ever Olympic volleyball result. Since then, Canada qualified for only two other Olympic Games; Barcelona 1992 (where they came 10th) and Rio 2016—where, under Hoag’s mentorship, the men’s volleyball team surprised the sports world by placing fifth. 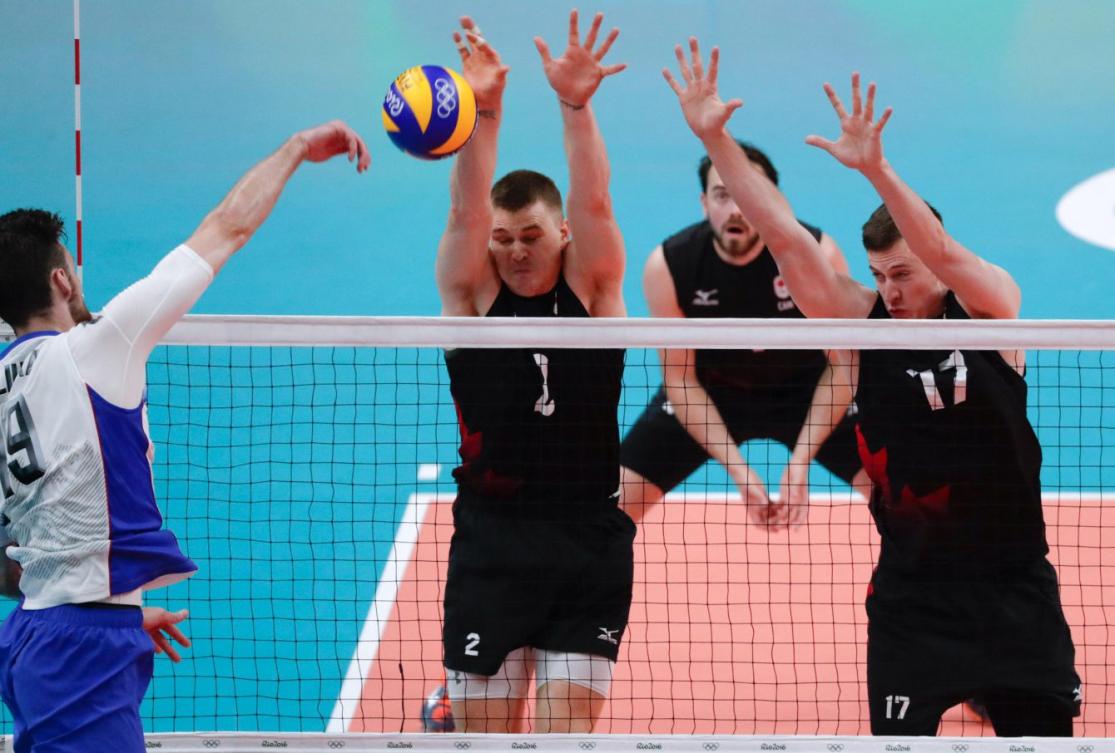 Glenn has been head coach for a decade. He received his diploma as a physical education teacher, so the transition was logical when his playing career ended. “All through my years as a player I was studying the coaches, what they were doing and why they were doing it. It was the greatest time to move onto coaching.”

However, Canada isn’t a traditional volleyball country. European nations—particularly Poland, Serbia and Russia—have tended to dominate the sport, as paid professional leagues exist there. So Glenn, a Quebec native, went to coach in France from 1999 to 2003 after developing his coaching acumen earlier in the 90’s. “I had the chance to have great mentorship from key people to help me grow. I think my experience in Paris, I was able to develop a whole philosophy.”

He was a strong choice to become the Canadian men’s team coach in 2006 because, “In the mean time I was working with the French team I was able to play against Canada, and that gave me understanding of what Canada needed. And then when I came back, I just implemented and we’ve worked so hard.” 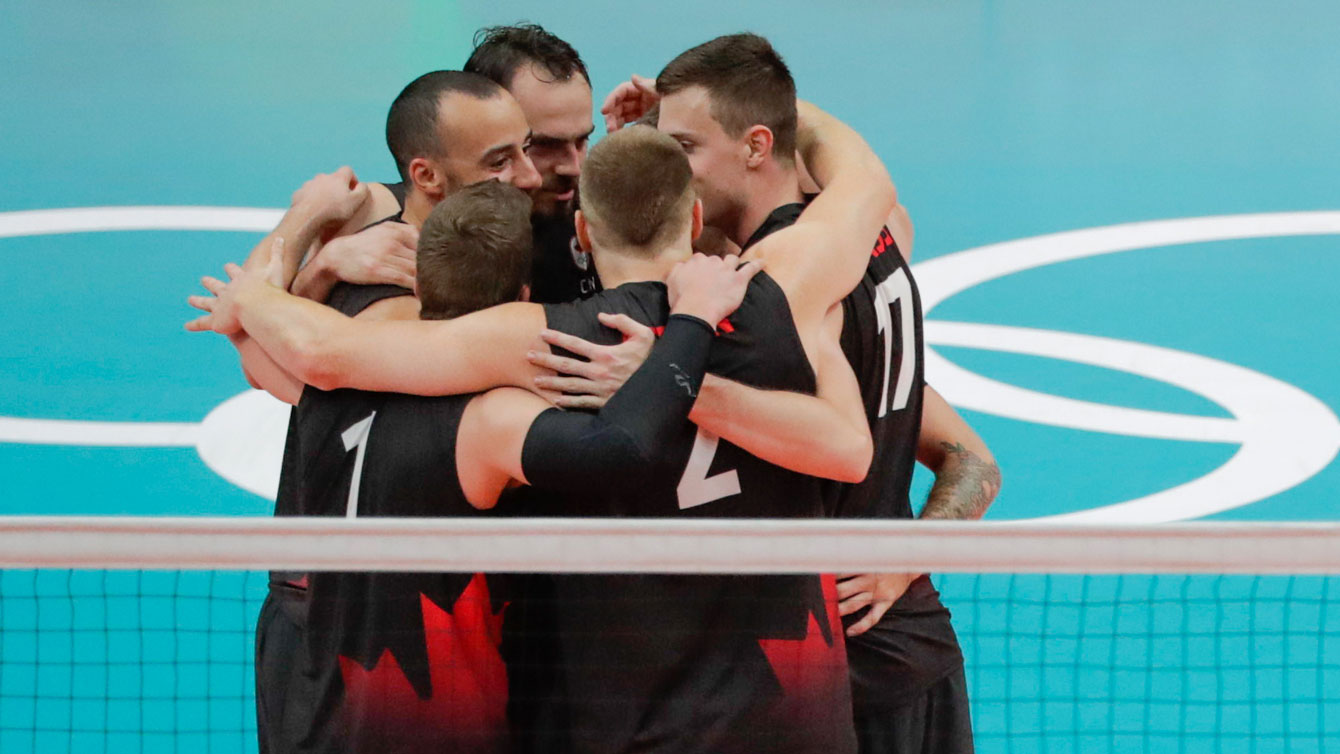 Over the past ten years, Glenn overhauled the team’s foundation and competitive strategy. “When we started this in 2006, basically we established a culture, a common language. You need understanding of what is takes, basically it was an offensive system and defensive system. That was the base of it and what we adapted out of that was the training philosophy and the language that fit it.”

The culture he created was uniquely Canadian. “Originally Canada was always trying to imitate other countries’ programs; we’ll imitate the Americans, we’ll imitate the Italians. I wanted to establish our own culture based on what we have in Canada. We’re not traditionally a volleyball country like hockey or American football. Volleyball is a school-based sport where kids begin at a late age compared to Europeans. So we needed to look at it a different way, and that’s what we did with this culture we built.”

One of the biggest difference makers in improving the team’s results was receiving $1 million in Own the Podium funding in 2013 and $1.75 million in 2016. “Part of that funding went to the developmental program and that was crucial. We used to run them for two weeks, now we’re able to run them for two or three months so you’re able to assess athletes, and see their progression and see where they’re going to fit in the future.” 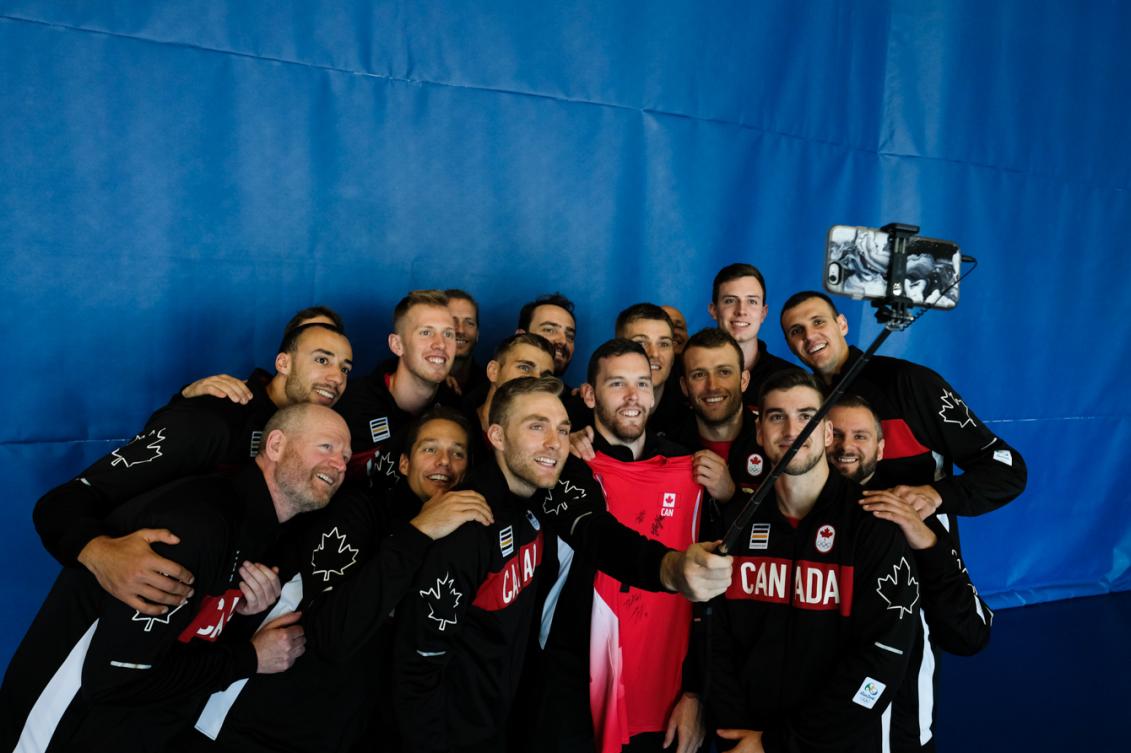 The Canadian Men’s VOlleyball team posing for a selfie on July 22, 2016. (Thomas Skrlj/COC)

Most significantly, the funds allowed the Canadian team to compete in World League tournaments during the summer against high-end competition. Before 2010, the men’s indoor team would train together during the summer, compete in the World Championships, then return to the professional clubs each competes for during the remaining eight months of the year.

With more experience, Glenn saw the team become more increasingly competitive. “It was a long project to get the team to first compete consistently at a high level against every team in the world, which in the past wasn’t the case.” The first time he believed the team had Olympic potential was in 2010. “There were a couple successes, one in 2010 against Serbia at World Championships was our first win against a top team in difficult competition. And then there was in the 2011 World League we beat Russia.”

It took 10 years for Glenn to see his team qualify for the Olympic Games. But every day, he was excited to see what the Canadians could accomplish. “When I step into a gym, I see myself as a farmer. I love to get my hands dirty, I love to cultivate my team. My field is not the best field; I’m not the U.S.A., I’m not Serbia, I’m not Russia. I’m Canada and I just love doing it.”