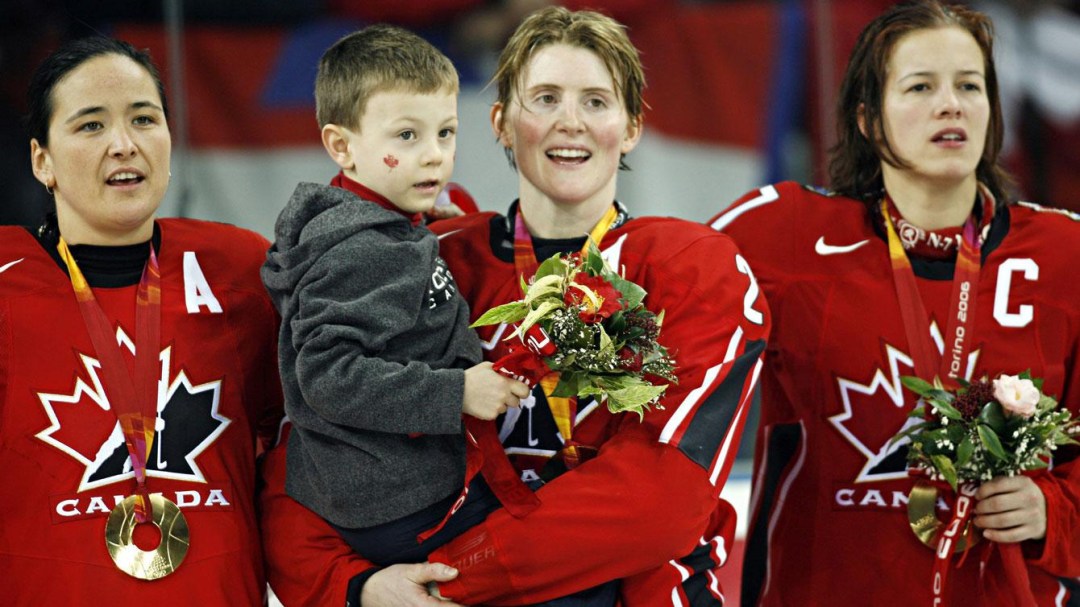 Athletes who did double duty as Team Canada Olympian and mom

Moms are the superheroes of the world.

They are professional multi-taskers who somehow find time in their busy schedules to do just about anything. Some of them have even managed to become Olympians in their spare time, successfully juggling their responsibilities as both a parent and as an athlete.

Here are some of the moms who represented Team Canada at recent Olympic Games.

After being Canada’s top-ranked biathlete at Vancouver 2010, Tandy took a season away from sport to start a family. After giving birth to her son Predo Emil in late 2010, Tandy returned to biathlon and was part of Team Canada at Sochi 2014 and PyeongChang 2018.

After winning a second straight Olympic gold at Sochi 2014, Mikkelson took a season off the ice, during which she gave birth to son Calder, who was named after a nationwide vote on Twitter. Mikkelson returned to Team Canada for PyeongChang 2018 and almost a year later her daughter Berkley was born in January 2019. That gives Mikkelson two little cheerleaders on the road to Beijing 2022.

After winning eight consecutive national titles in the 1500m, Stellingwerff took a break from the track in 2014 to give birth to son Theo. It was not long after he was born that the London 2012 Olympian began training again for the next Olympic Games. Her hard work earned her a spot on the national podium in 2016 as well as a ticket to Rio 2016.

Fourth in the world in the 100m hurdles in 2011, Holder returned to competition after giving birth to her son Kaedence in 2013. After taking home the bronze medal at the 2015 Pan American Games in Toronto, she then qualified for her second Olympic Games in 2016 where she reached the semifinals.

Canadian marathon runner DuChene is an expert at work-life balance. After being crowned the Canadian champion in 2010, she went on to become one of Canada’s top marathon runners, all the while taking care of her three children. Her first child Micah was born in 2006, with Seth following in 2008 and Leah in 2011. DuChene then managed to qualify for Rio 2016 where she completed the 42km course in 2:35:29.

After missing out on the 2012 Olympic Games, Orton took a break from paddling to start a family with her husband Jonathan, a former national team member. In 2013, the Halifax native returned to training only a few months after her daughter Annika was born. Orton won two national titles and went on to qualify for Rio 2016, where she competed in the K-2 500m and K-4 500m.

After competing at London 2012, Phoenix decided to start a family. Her eldest Jacob was born in 2013 while her youngest, Jordan, was born in May 2015. Just a few months later, Phoenix and her horse, Pavarotti, came second in the individual event and third in the team event at Toronto 2015. Jessica qualified for her second Olympic Games in 2016 where she was part of Canada’s 10th place finish in team eventing and placed 38th in the individual event with her new horse, A Little Romance. 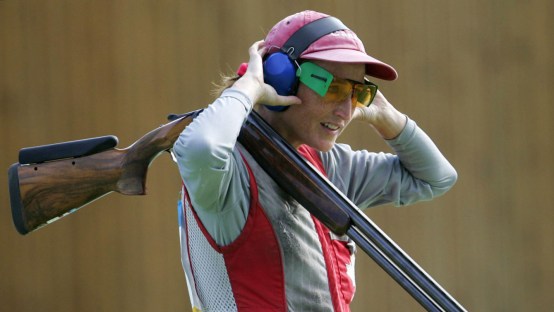 Cynthia Meyer at the Olympic Games in Athens on August 16, 2004. 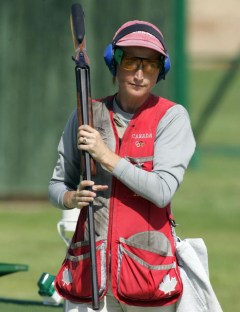 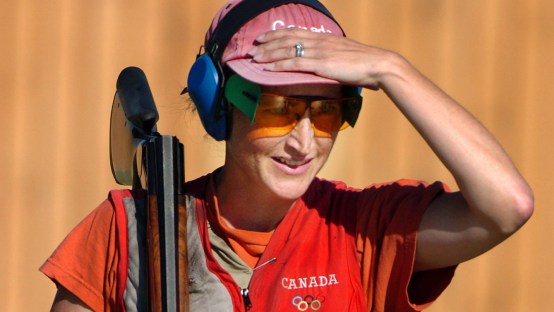 Cynthia Meyer looks on at the Olympic Games in Athens on August 18, 2004.

For Meyer, shooting is a family affair. She was first introduced to shooting by her father when she was in her early twenties. Her husband Robert later took over the role as her coach in the time leading up to Atlanta 1996 and Sydney 2000. After the latter Games, Meyers gave birth to her two daughters, Olivia in 2002 and Isabella in 2004. Being the super mom that she is, four months after the birth of her youngest, Meyers took part in her third Olympic Games in Athens, before representing Canada at Rio 2016. 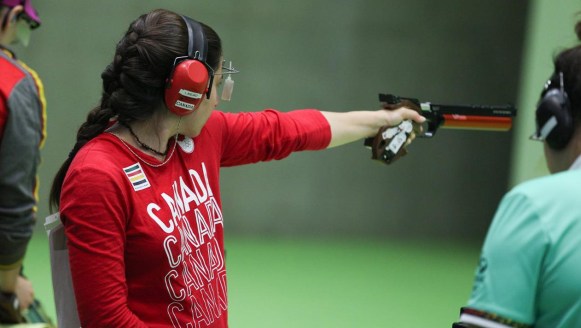 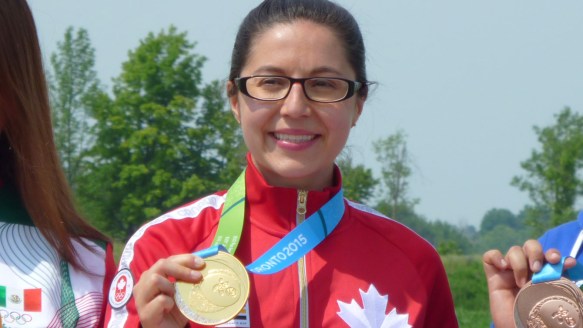 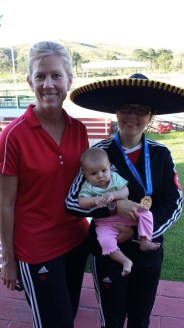 Lynda Kiejko (with the sombrero) and her daughter Olivia at the Pan American Championships in 2014. Photo: Lisa Borgerson

Kiejko was Meyers’ teammate at Rio 2016. Also from a shooting family, she followed in the footsteps of both her father, Bill, and sister, Dorothy, as they too were Olympians. In 2014, Kiejko gave birth to her first daughter and named her Olivia, apparently a popular name amongst Canadian shooters. Kiejko has qualified for Tokyo 2020, this time as a mother of three, having added another daughter, Faye, and a son, Logan, to her family in the last few years. 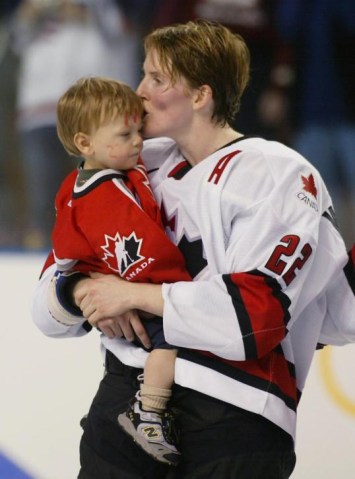 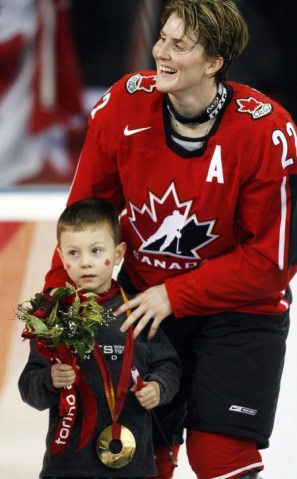 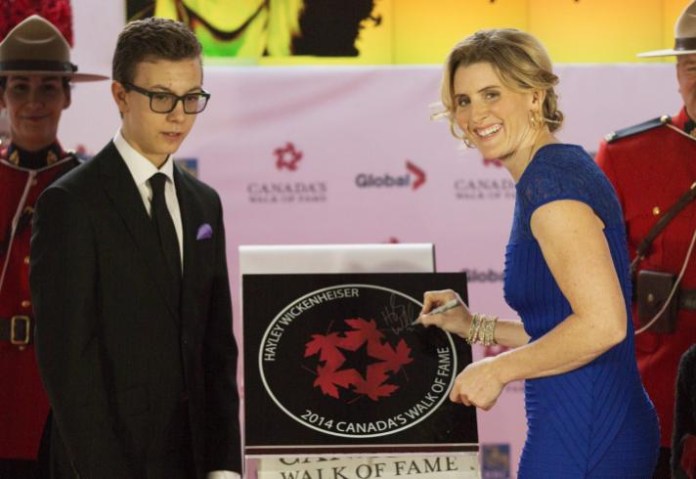 With the help of her son Noah Pacina, hockey Olympian Hayley Wickenheiser, right, is inducted into Canada’s Walk of Fame in Toronto on Saturday, October 18, 2014. THE CANADIAN PRESS/Michelle Siu

Wickenheiser is a four-time Olympic gold medallist in ice hockey. Throughout them all she has also been mother to Noah, the son she adopted in 2000. He’s gone from being a toddler in her arms at Salt Lake City 2002 to a grown man, but still her greatest fan.

Thanks to everyone ⁦@fernresort⁩ for an amazing family weekend! Great staff, and so much outdoor fun. We can’t wait to come back! #Orillia pic.twitter.com/xEYfGhWfEU

Hefford is one of the most experienced athletes to have ever played on the Canadian National Women’s Hockey Team. After Vancouver 2010, where she won her fourth Olympic medal, Hefford’s partner Kathleen Kauth gave birth to their daughter, Isla, in March 2013. Hefford then suited up in her Canadian uniform to win her fifth medal and fourth gold at Sochi 2014. Since then, a son, Lachlan, and another daughter, Arwen, have been added to her home team.

Just boarded our @AirCanada flight from Beijing to Halifax for the #GrandSlamOfCurling masters in #Truro. Had a great time at the #chinaopen2018 but #Canada I have missed you and my family. #homesweethome #fallfoliage pic.twitter.com/yTCu5zHGbO

Jones was crowned Olympic champion at Sochi 2014, a year and a half after giving birth to her first child, Isabella. Since then, Jones and her husband, world champion Brent Laing, welcomed their second child Skyla.

Olympic champion Officer has been a longtime teammate of Jennifer Jones. She gave birth to her daughter Camryn in December 2011 before going on to compete at Sochi 2014. Only time will tell if Camryn will follow in mom’s footsteps.

Just like teammates Jones and Officer, Wall had the title of Olympic mom at Sochi 2014. Wall’s daughters Dayna, born in 2006, and Sarah, born in 2008, were a bit older when they watched their mom compete, therefore they understood the challenges faced ahead. 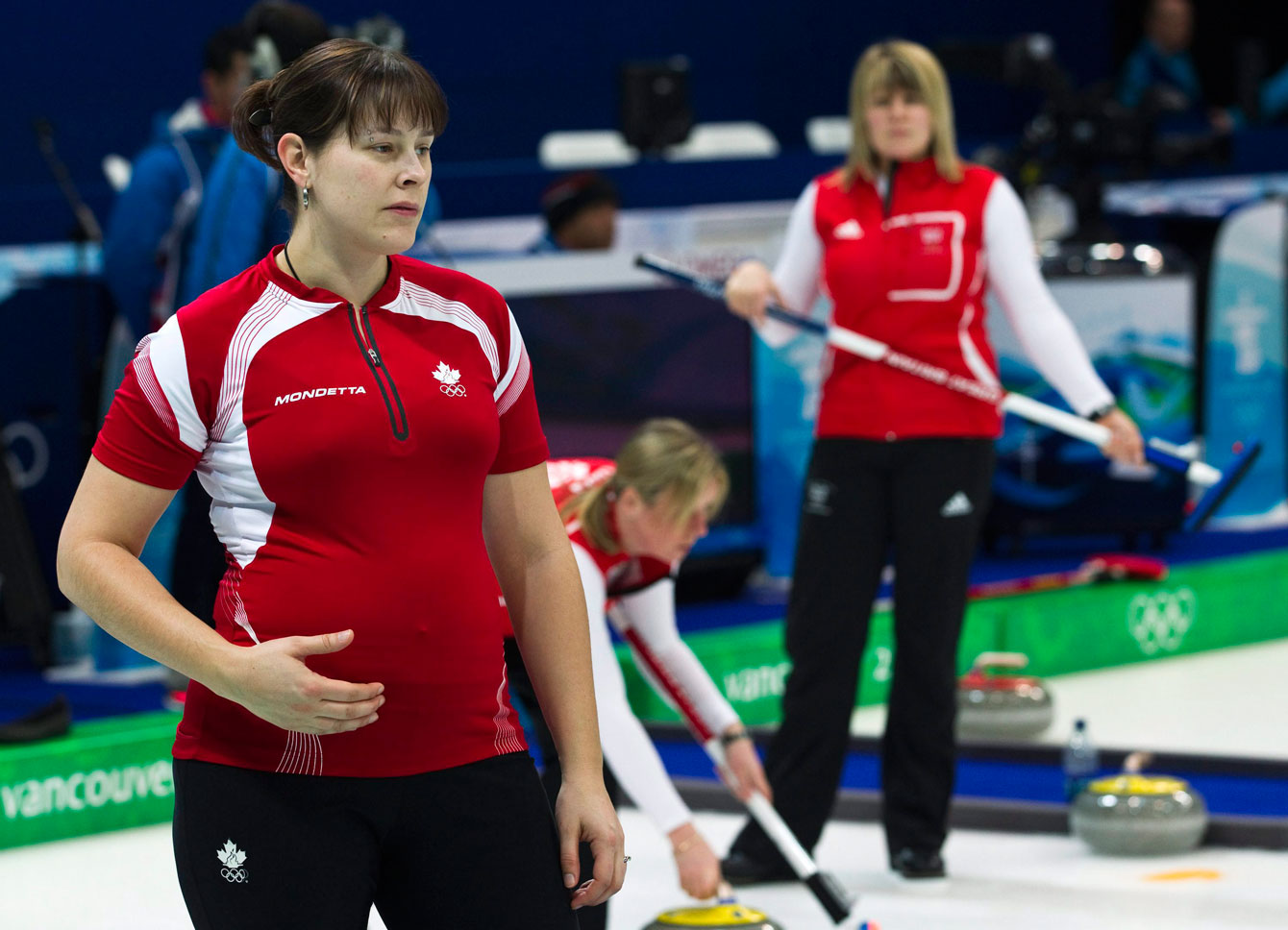 Moore was five months pregnant when she represented Canada at Vancouver 2010 as the fifth for the rink skipped by Cheryl Bernard. The Alberta-based curler was Canada’s first recorded athlete to compete at the Olympic Games while carrying a child and claimed an Olympic silver medal.