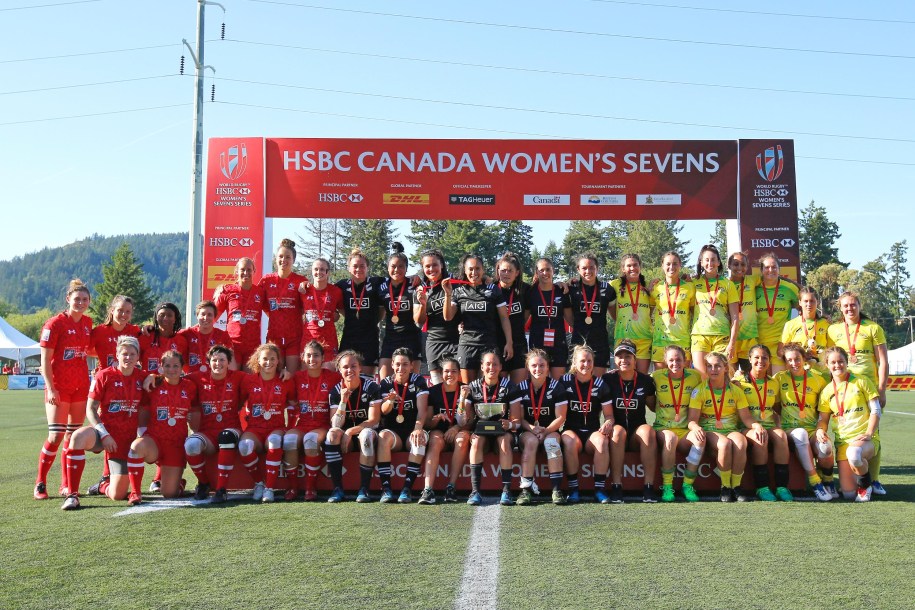 The Canadian women’s sevens squad overtook Australia to jump to second place in the World Rugby Sevens Series standings, after a second place finish at the Canadian stop on the series tour.

After posting a perfect 3-0 record on day one by beating Brazil, France, and Russia, Canada continued to impress the home crowd, taking down England and Australia to face number one seeded New Zealand in the final. 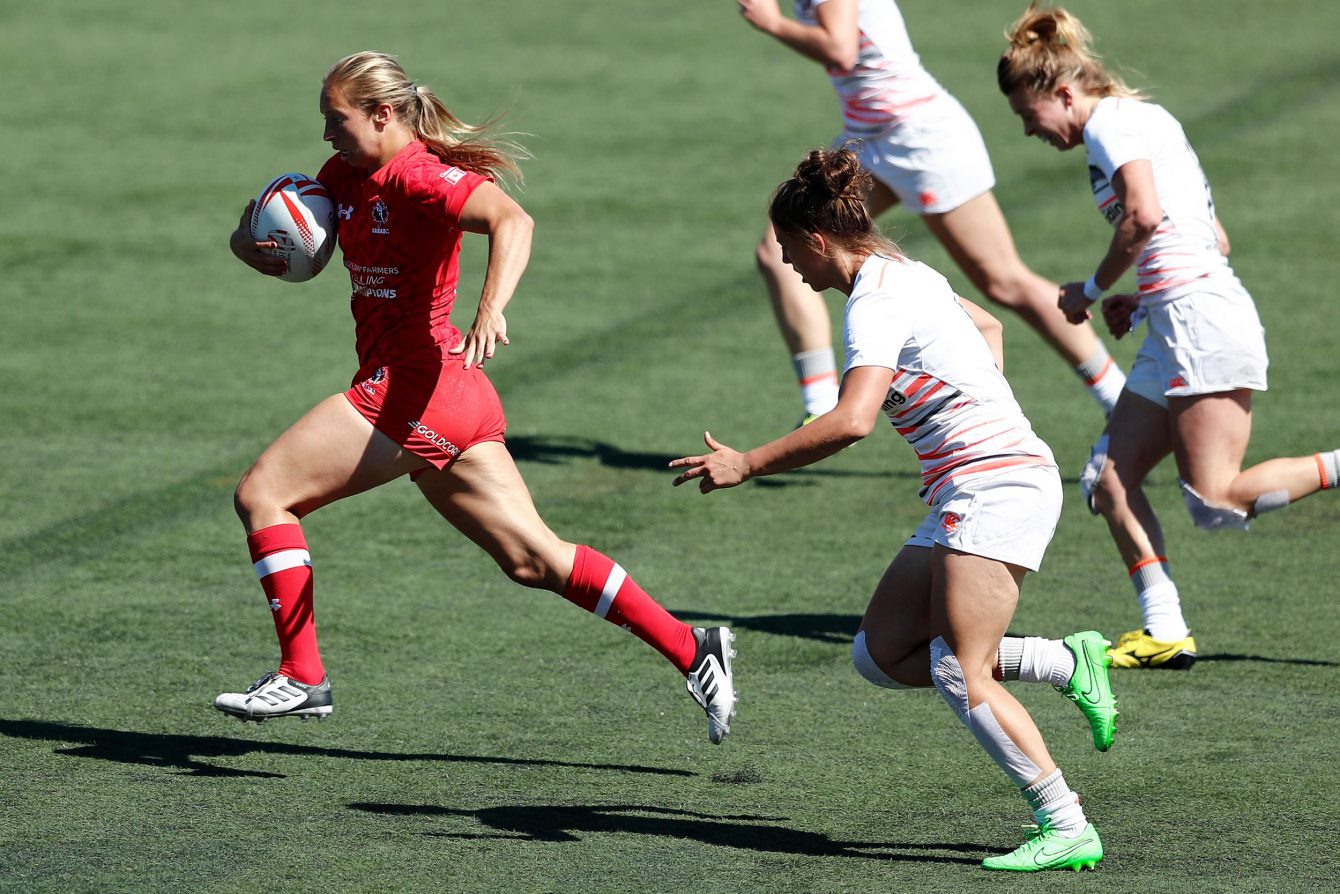 Catch me if you can – Megan Lukan of Canada cuts through the England defence during their quarter-final on day two in Langford. (Photo: World Rugby)

Not skipping a beat from day one, Canada cruised over England in the quarterfinal match. Tries scored by Ghislaine Landry (2), Britt Benn, Ashley Steacy, and Megan Lukan. Conversions scored by Landry (3) and Breanne Nicholas.

Related: Comfortable with the uncomfortable: lessons from an Olympic rugby player 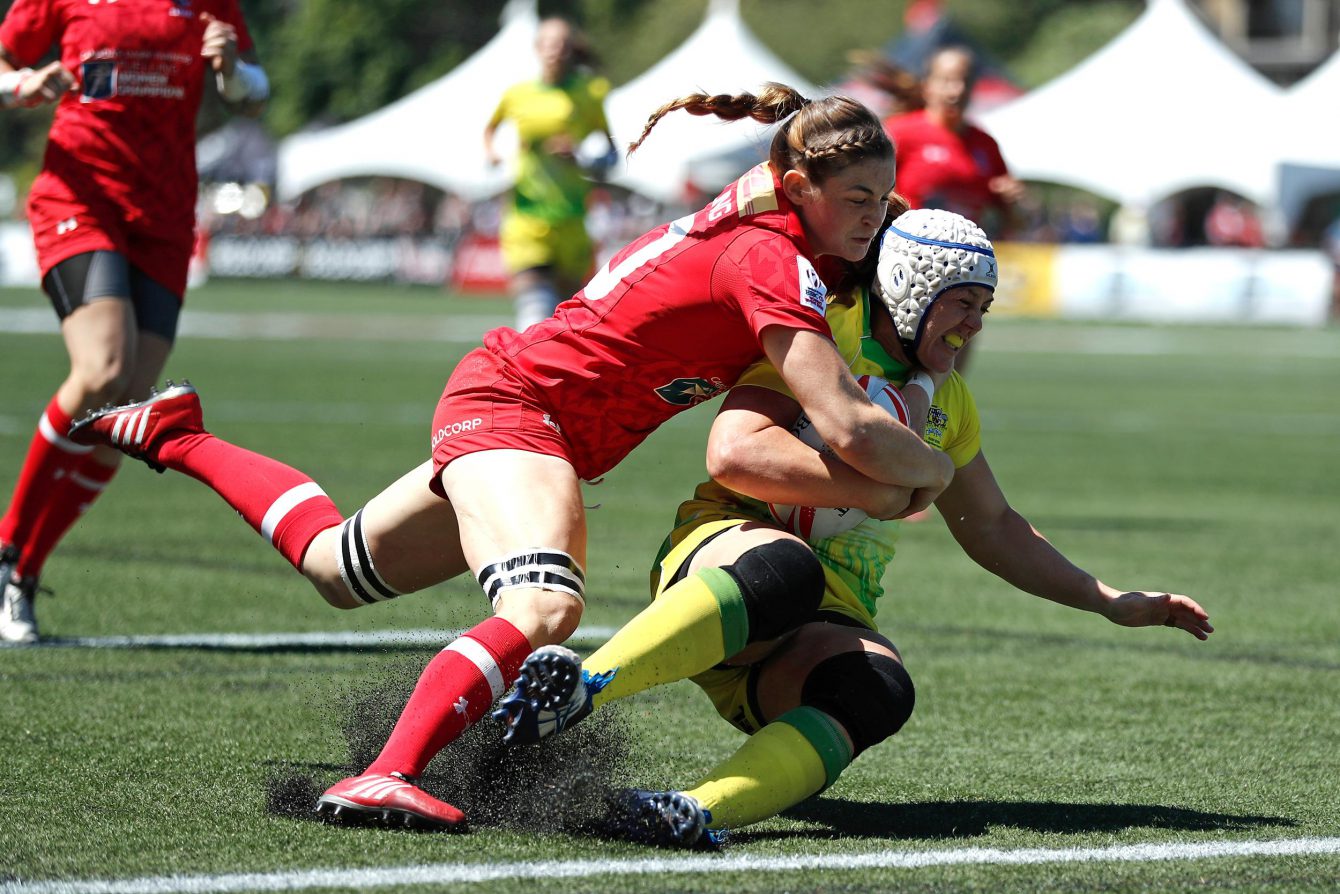 None shall pass – Canada’s Hannah Darling brings down Australia’s Sharni Williams as the hosts secure their place in the final. (Photo: World Rugby)

More evenly matched with Australia, they faced a familiar challenge in the semifinal but stuck to the game-plan to pull off a win. Tries scored by Landry, Julia Greenshields, and Charity Williams. Conversion scored by Landry. 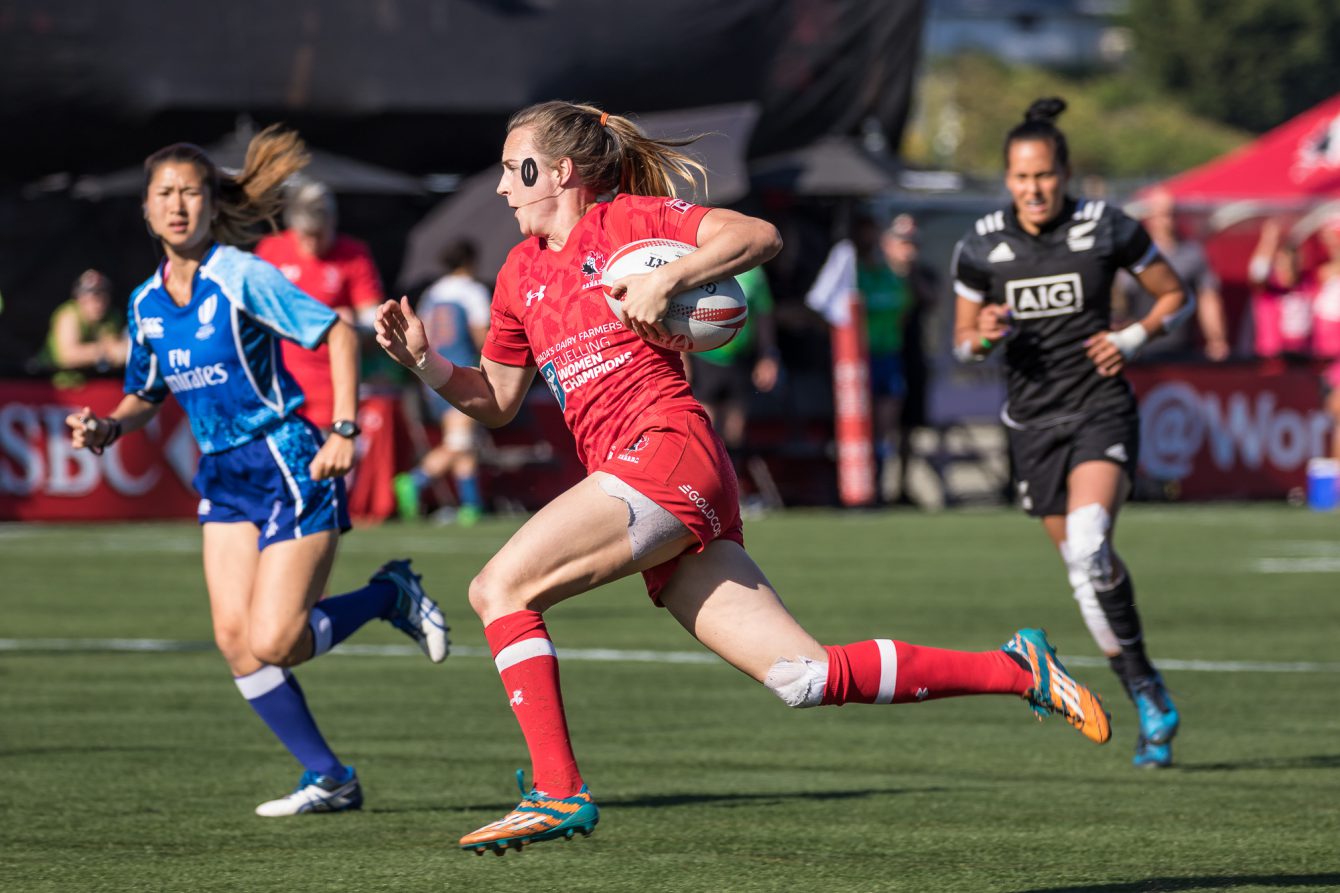 Both teams were electric in the fight for the cup. New Zealand set the tone for the match scoring first, and putting seven points on the board. They followed that up with another try, from captain Tyla Nathan-Wong just two minutes later.

Julia Greenshields, who has been on fire for Canada recently, caught a gap in the New Zealand defence and push herself over the line for five. Landry followed it with a conversion bringing the tally to 12-7 for New Zealand.

The Canadian defence just wasn’t enough to hold off a last minute try that secured New Zealand the gold.

Canada’s next stop on the World Rugby Sevens Series will be Clermont-Ferrand, June 24-25, 2017.