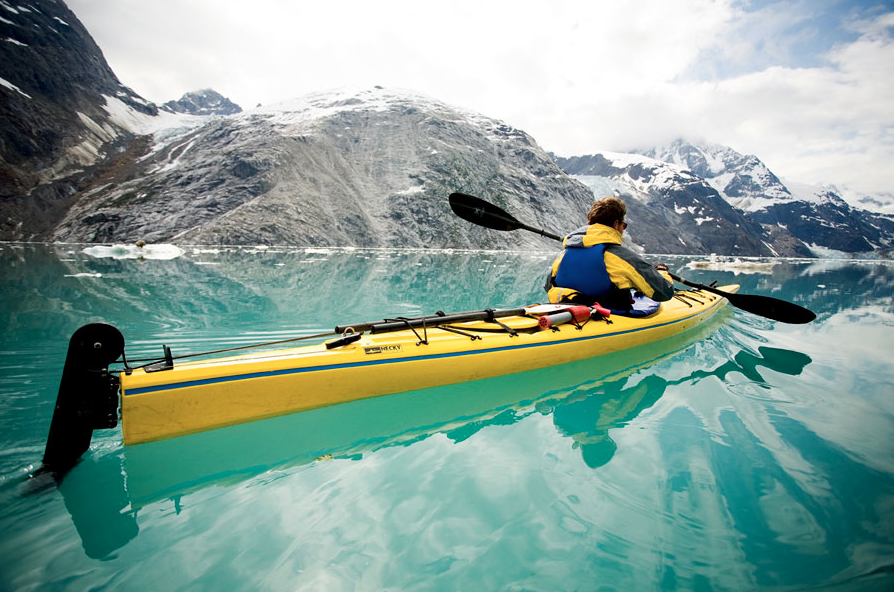 10 awesome places around the world for water sports

It’s time to hit the water.

Sometimes you just need to get out on open water, so Olympic.ca is here to help with 10 destinations around the world for water sports. Whether it’s because of their popularity among athletes, mythical origin, or breathtaking scenery, these locations will make you want to get on the water, fast.

Related: 10 best places to cycle in the world 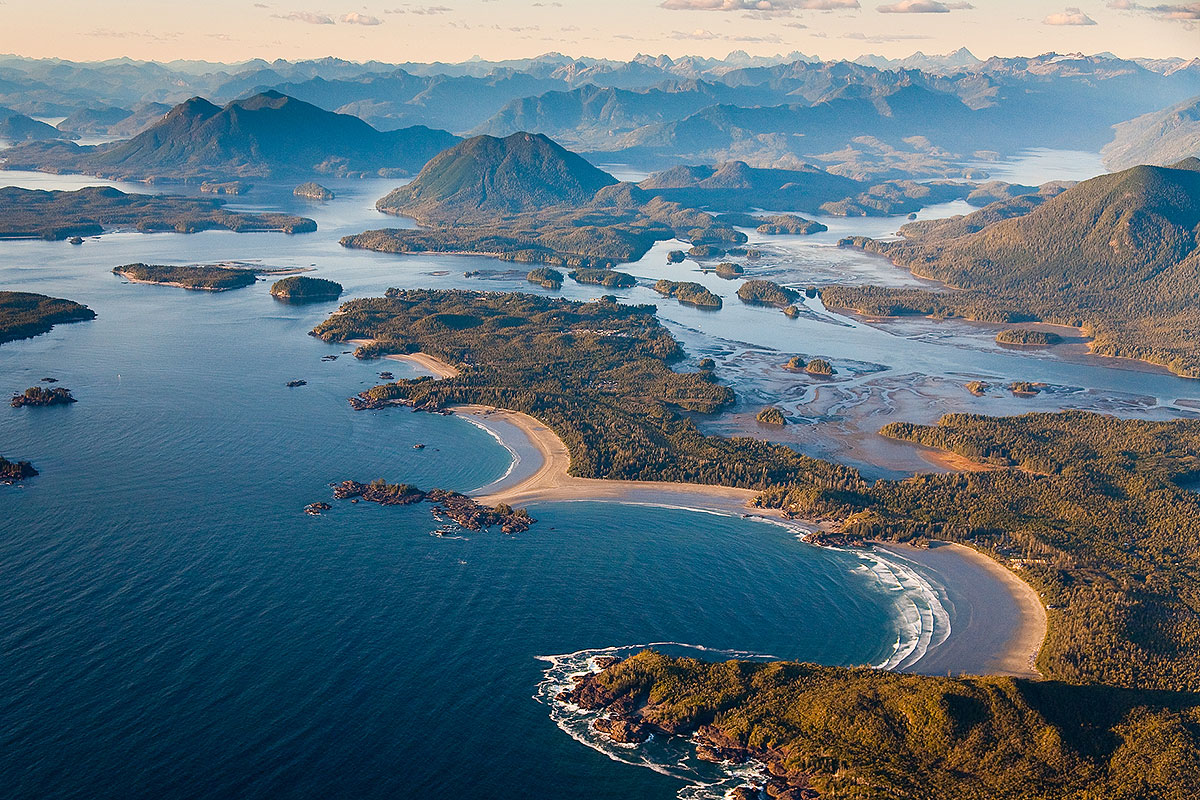 Tofino is one of those destinations you think is halfway across the world, when in reality it’s located right here in Canada. The small village on the west coast of Vancouver Island has a wilderness and a unique relaxing atmosphere. A few times a year, the beach is home to major events such as the Tofino Rip Curl Pro and welcomes athletes from around the globe. Tofino is considered to be the “best surfing destination in North America” and is a prized training location for Canadian surfers. With its many beaches and high quality waves, this place should be a top priority on any surfing lovers’ bucket list!

Jaws is a legendary surfing destination, despite it having the same name as the well-known shark movie. Nothing to do with sharks, the destination’s name speaks volumes to the strength and size of its waves. The waves are so huge, in fact, that residents long thought they were impossible to ride. Today, Jaws is a both a lab and playground for experienced surfers like Laird Hamilton, and is sure to provide you with a serious adrenaline rush.

Are you someone who loves to play sports while embracing new cultures? If so, then Morocco is the place for you. Essaouira is known as the “Windy City”. Bordered by the Atlantic Ocean and the Mediterranean Sea, this small water sports paradise provides summer winds between 46 and 65 km/h and overlooks a wide sandy beach that stretches over 10 kilometres. In addition to having optimal wind conditions, Essaouira offers kite-surfers a unique and enchanting panorama filled with Portuguese, Berber and French architecture. It is truly a destination that will sweep you off your feet.

This sunny winter paddle in Bartlett Cove yesterday was a welcome reminder of the summer season ahead. Sea kayaking is one of the most popular ways to experience the wilderness of Glacier Bay. There are 800 miles of wild shorelines to explore and camp on, and a chance to spot whales, orcas, otters, and more. NPS Photos/M. Tankersley #FindYourPark #GlacierBay #Alaska #Kayak

No, you’re not dreaming. Glacier Bay National Park truly does exist and it’s listed as a World Heritage Site. In addition to preserving the flora, this small gem of Alaska is one of the most paradise-like places to paddle. Experienced kayakers often do solo excursions through massive glaciers and snowy mountains, while beginners opt for guided tours. After a few strides in the park’s cold waters, you’ll be up close and personal to rare species and impressive marine fauna. Here, you’ll experience human solitude and nature in its purest form. It’s time you for you to put on your wool sweater and let yourself glide across the water.

If Mother Nature spoiled anything at birth, it would to have been the Pictured Rocks National Lakeshore located in northern Michigan. This picturesque landscape is known for its powerful waterfalls and colorful cliffs. It was given its name “Pictured Rocks” from the illusions of paint drizzles it makes on sandstone rocks in shades of brown, bronze, green, orange and red. With the lake shore’s crystal clear waters sitting 50 and 200 feet above the shore of Lake Superior, there is no doubt that this Michigan treasure will keep the adventurous in awe.

Water skiing enthusiasts will find the most ideal performing conditions in the cradle of the Olympic movement, Greece. The island of Rhodes is often included in the top 10 best places for water skiing due to its calm and crystalline waters. The Aegean Sea that surrounds the island provides the opportunity to sail at full speed on the water, while taking in the mythological beauty of the mainland.

The Busan Coast is closely tied to the maple leaf following the story of Canadian sailor Lawrence Lemieux at the 1988 Olympic Games in Seoul. Lemieux gave up his chances of finishing second in a leg of his Finn sailing competition in order to help a boat that had been capsized. Due to his sportsmanship, Lawrence was awarded the Pierre de Coubertin medal. His story turned the Busan waters into a landmark of Canadian Olympic history. Sailing this stretch of water is sure to make you proud of our Olympic heritage.

With a length of 346km, the Thames is the longest river in the United Kingdom, flowing from the south into the North Sea. It is the ultimate destination for paddlers and rowers. Not only can you travel for hours, but you are surrounded by magnificent panoramas such as the Palace of Westminster, St. Paul’s Cathedral, the Globe Theater, Tower Bridge and other architectural highlights – and that’s only the part that runs through London. It’s also the site of the Oxford and Cambridge Boat Races, first held in 1829.

Fun fact: Lonely Planet named rowing the Thames one of the greatest adventures in the world. What are you waiting for!

Tsurigasaki Beach, confirmed as the first Olympic surfing venue in the history of the sport, will soon become an iconic place that can’t be missed. Located in the Kujukuri-Sotobo district of Chiba prefecture, it has hosted various professional surfing competitions for many years and remains very appreciated by athletes. Tsurigasaki is the second longest beach in Japan, covering a distance of 60km. Not only does it offer breathtaking sunsets, the beach allows surfers to ride some of world’s most beautiful waves just about any time they want.

What’s better than being able to ride a perfect wave at any time of the day? Surfers could only dream of it until Kelly Slater finally created it. In 2015, Slater and his team created the best artificial wave in the world. By combining science, engineering and cutting-edge design, they were able to reproduce a natural wave sought after by top-level surfers. According to National Geographic, “A wave like this will change the future of surfing”. Long, strong and a beautiful pipe… the wave has everything to please! It’s your turn to try it.

Water Tennis, why not?

It may sound odd, but have you ever thought about playing tennis on water? The rules stay the same, however the grass, clay or hard court you play on are replaced by a float. I’m not fooling you. In fact, Roger Federer and Rafael Nadal already did it, having matched in the middle of a gulf, as part of the 2011 Open Exxon Mobile in Doha.

So go on, get adventurous and explore the water. 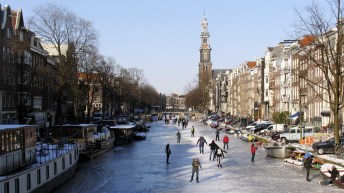