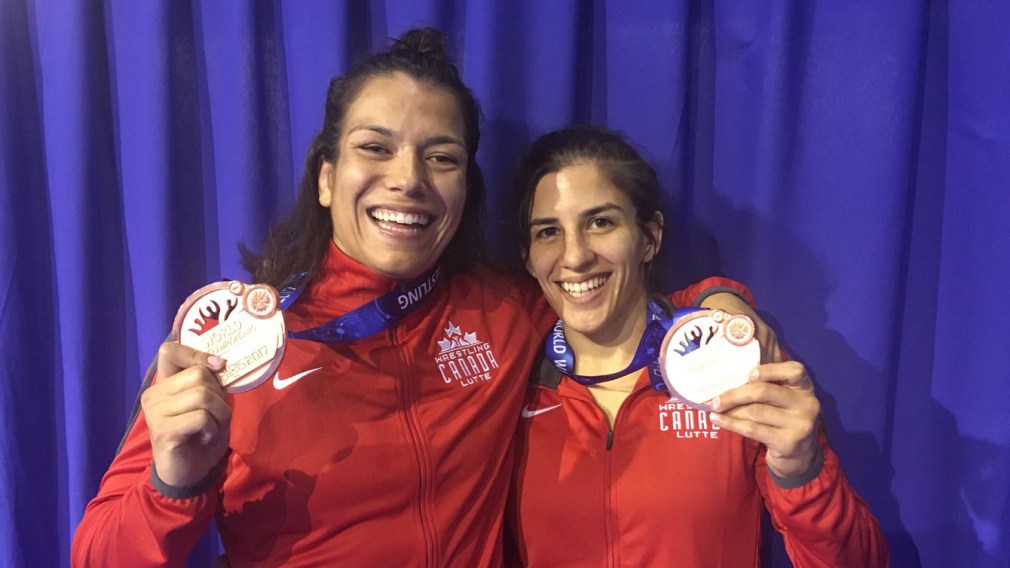 Michelle Fazzari and Justina Di Stasio got Canada on the wrestling world championships medal table after winning their bronze medal bouts on Wednesday in Paris.

Rio 2016 Olympian Fazzari was the first of Wrestling Canada‘s squad to grapple her way onto the podium in Paris. Fazzari took down Ella Nilsson of Sweden en route to the podium, dominating the 58kg match to win 7-0.

Di Stasio came back to win bronze in the 75kg category, after her Chinese opponent Paliha Paliha was first on the scoreboard with a point in the first period. However, Di Stasio entered the second period aggressive and took down Paliha to pick up three points before she won by fall.

Canada’s wrestlers will look to pick up more medals before the tournament ends on August 25th. Fans can learn more about the Canadians competing at worlds here.

Fazzari and Di Stasio wrestle to world championships bronze medals
Ana Padurariu: Facing the never-ending challenges of 2020
Team Canada Athletes Train at Home
20 Team Canada Olympic Moments of Pride
What is the difference between racquetball and squash?
Shuttlecock and balls: The fastest moving objects in sport