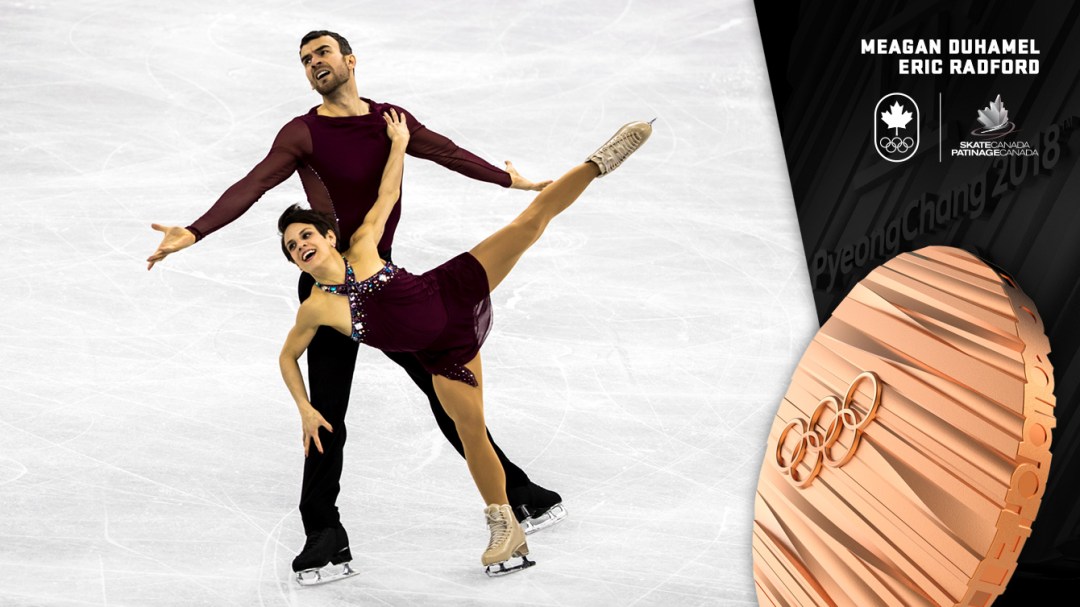 Meagan Duhamel and Eric Radford will leave PyeongChang 2018 with two Olympic medals, adding a bronze in the pairs event to the gold they captured in the team event.

Skating second in the final flight of four pairs, they followed Aliona Savchenko and Bruno Massot onto the ice. The Germans, who had trailed them by just 0.23 of a point, had been brilliant so Duhamel and Radford had their work cut out for them. 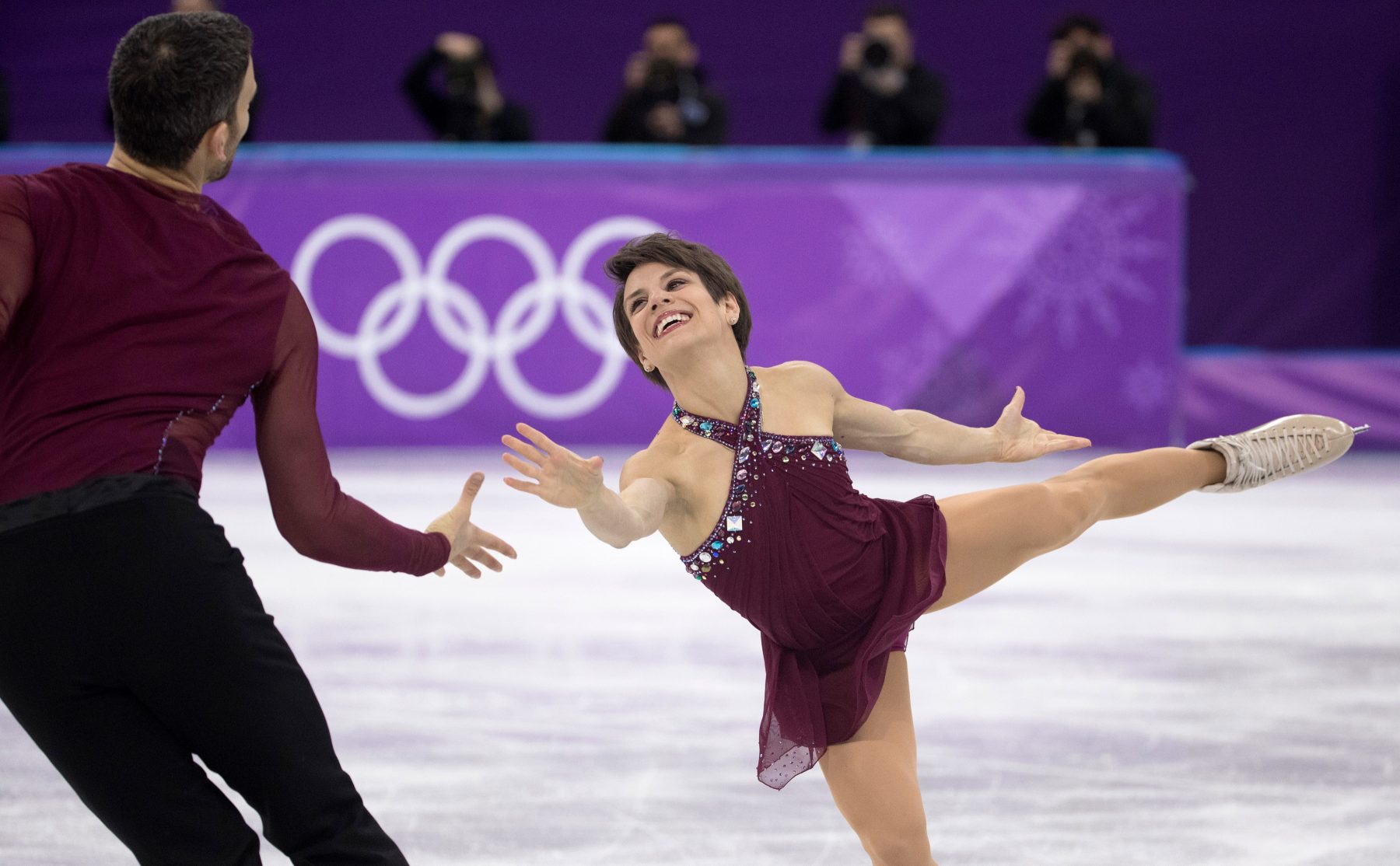 She put her hand down on the landing of their side-by-side triple Lutzes but followed up with perhaps the best throw quad Salchow they have ever done in competition. From there, they did not miss an element, ending with huge smiles on their faces as they soaked in the atmosphere at the Gangneung Ice Arena. They scored 153.33 in the free skate for an overall mark of 230.15.

They then watched as the leading team, Wenjing Sui and Cong Han of China, struggled with some of their jumps. Duhamel and Radford placed higher than them in the free skate, but moved into third place overall. 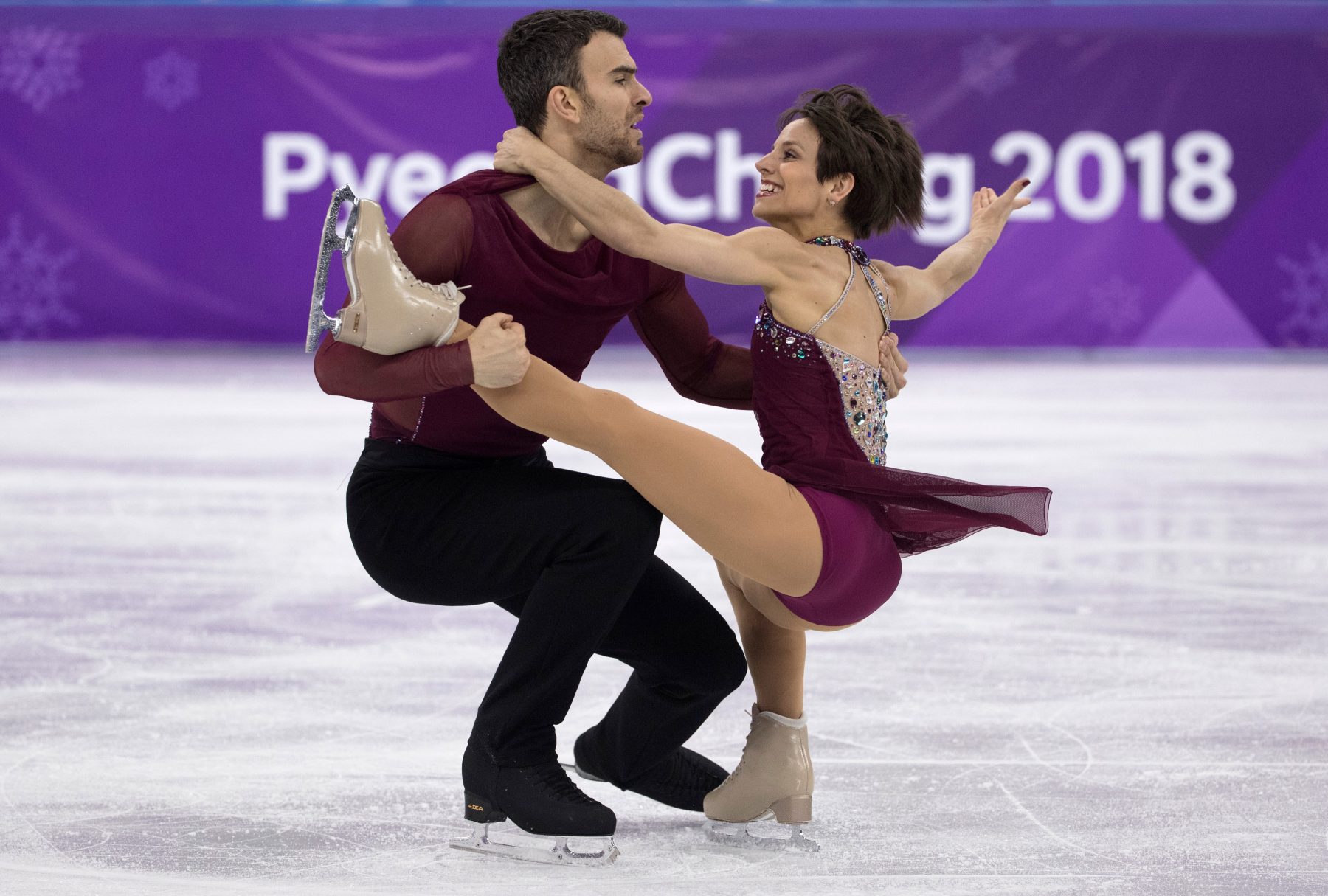 Whether they would stand on the podium came down to what Olympic Athletes from Russia Evgenia Tarasova and Vladimir Morozov did. They had been second after the short program, but a doubled Salchow by her and a messy landing on their throw triple Salchow gave Duhamel and Radford the edge they needed to take home the bronze medal.

It is the eighth Olympic medal Canada has won all-time in the pairs event, but the first since Jamie Sale and David Pelletier were co-gold medallists at Salt Lake City 2002.

Eric Radford and Meagan Duhamel react to their skate which led to a bronze medal at the PyeongChang 2018 Olympic Winter Games in Korea, Thursday, February 15, 2018.
THE CANADIAN PRESS/HO – COC – Jason Ransom

Coming into the free skate, the Canadian duo had been part of a tightly packed group with their eyes on the podium. After the short program just 2.47 points separated third-ranked Duhamel and Radford from the eighth-place pair.

Duhamel and Radford, who have won a record seven national pairs titles in addition to their back-to-back world titles in 2015 and 2016, will head into retirement with three Olympic medals, having previously won a team event silver at Sochi 2014.

Canada’s number two pair in PyeongChang, Julianne Seguin and Charlie Bilodeau, delivered an outstanding free skate that garnered them 136.50 points, less than half a point off their personal best. That gave them an overall total of 204.02 to break into the top 10 in their Olympic debuts. Kirsten Moore-Towers and Michael Marinaro were also extremely happy with their performance to finish just two spots back with total score of 198.11. 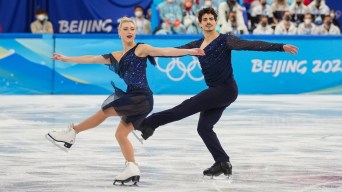