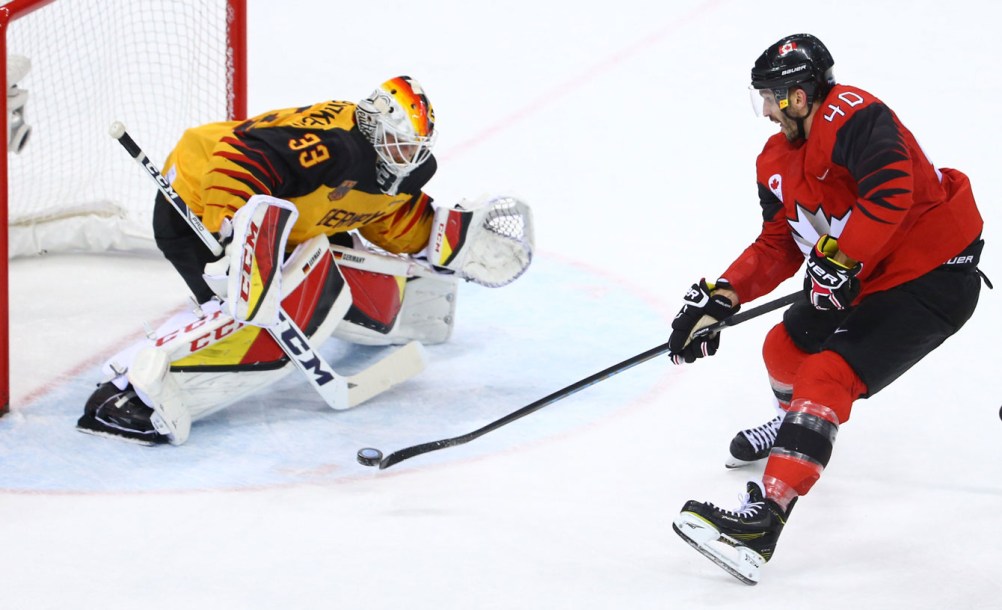 The Canadians fell 4-3 to Germany in semifinal action on Friday at Gangneung Hockey Centre, sending the two-time defending gold medallists to Saturday’s bronze medal match. Canada will play the Czech Republic for bronze while Germany will face the Olympic Athletes from Russia for gold. 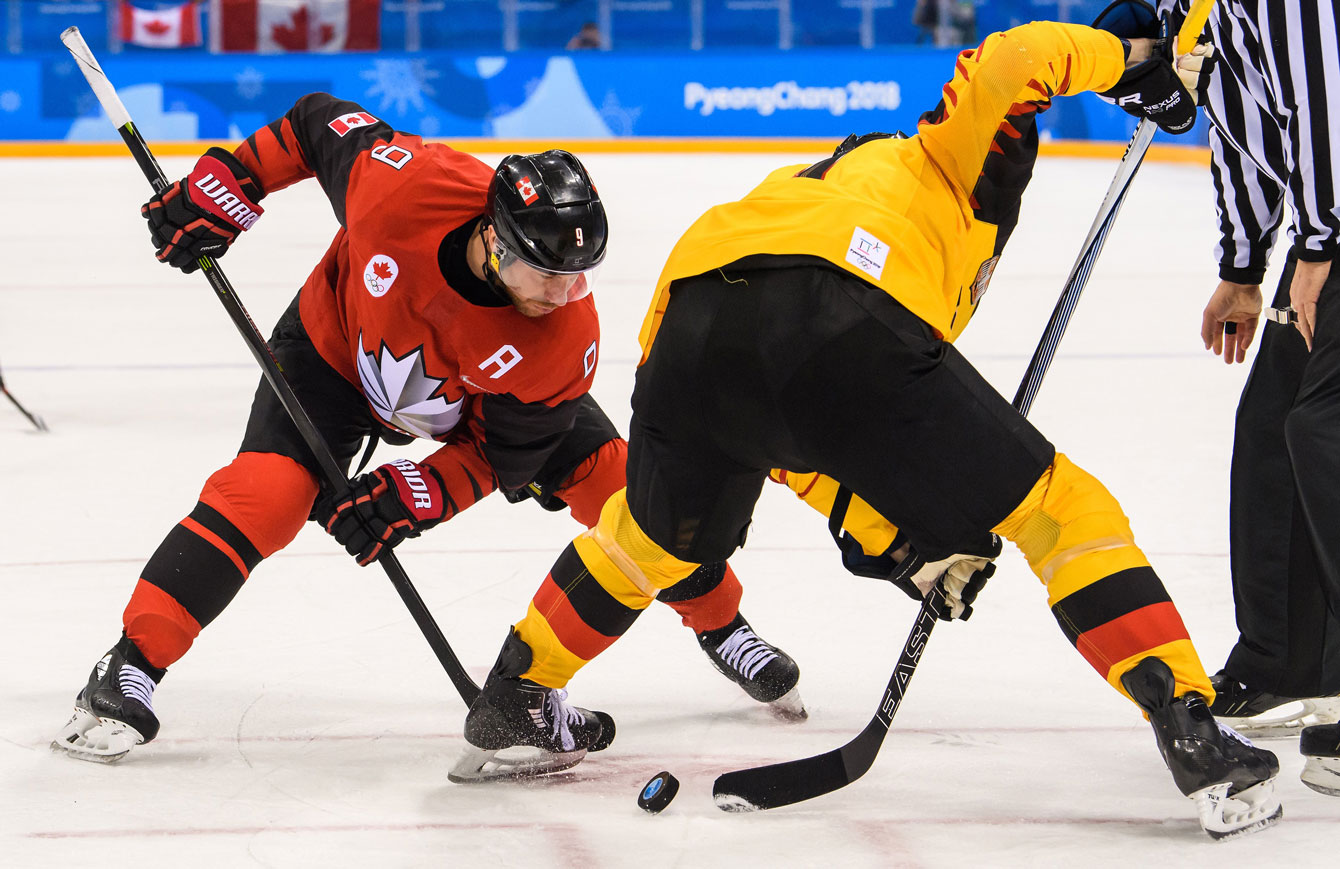 Germany, who led 1-0 after one, was in complete control of the game through 40 minutes, leading 4-1. Canada climbed back in the third period though, scoring twice and pouring on tons of offensive pressure – but they were unable to tie it. Gilbert Brule, Mat Robinson and Derek Roy scored for Canada while Kevin Poulin suffered the loss in net.

Roy had Canada’s first chance of the game 3:50 into the first period. Following a turnover in the German zone, Roy cut through the crease and backhanded the puck on net, but couldn’t roof it over the pad of netminder Danny Aus Den Birken.

Canada got into penalty trouble late in the first. During a five-on-three power play at 14:43, Brooks Macek fired a wrist shot through the legs of Robinson and over the blocker of Poulin, giving the Germans a 1-0 advantage. The goal marked the first time Canada had trailed in a game at PyeongChang 2018.

RELATED:  Canada advances to quarterfinals with win over South Korea 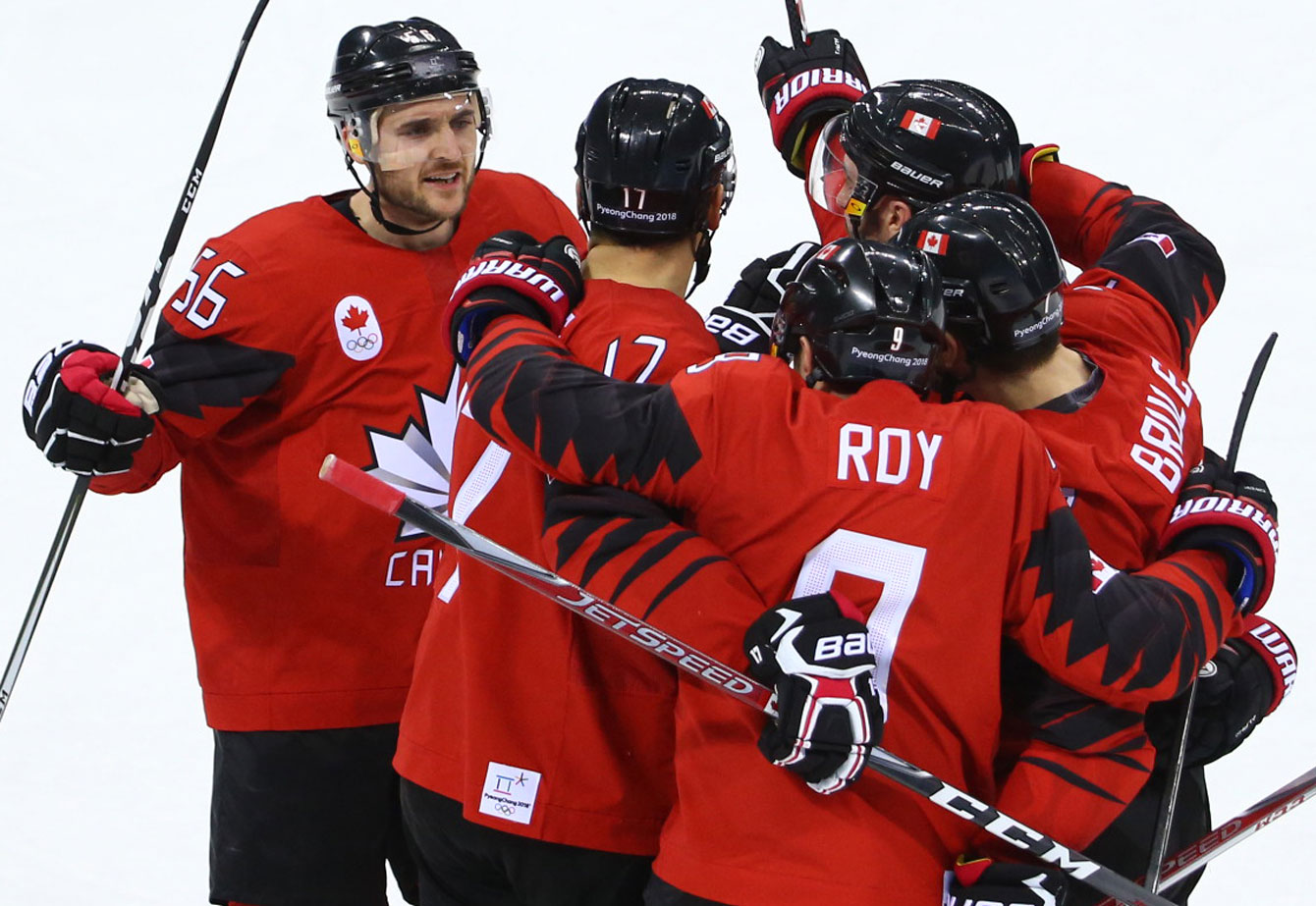 Canada celebrates a second period against Germany in the men’s hockey semifinal of PyeongChang 2018 at Gangneung Hockey Centre on February 23, 2018 in Gangneung, South Korea.(Photo by Vincent Ethier/COC)

Germany took a 2-0 lead at 3:21 of the second period. Patrick Hager found Matthias Plachta with a cross ice feed who beat Poulin with a shot up and over his blocker.

Frank Mauer gave Germany a 3-0 lead at 6:49. Marcel Goc fired a pass in front to Frank Mauer who then went between his legs to fire a shot past Poulin, extending Germany’s lead.

Brule got Canada on the board with a power play goal at 8:17. Chris Lee was at the point and sent a pass to Brule in the circle. The Canadian forward quickly one-timed the puck past Aus Den Birken to make it a 3-1 game.

Canada gained some momentum from the Brule goal, but that ended when Eric O’Dell took a hooking penalty at 12:28. Three seconds into the power play, a Plachta point shot was redirected by Hager to give Germany their three-goal lead back. Soon after the goal, Brule was given a five-minute major penalty for a check to the head, giving Germany a lengthy power play. Despite some good scoring chances, the Germans could not add to their lead. 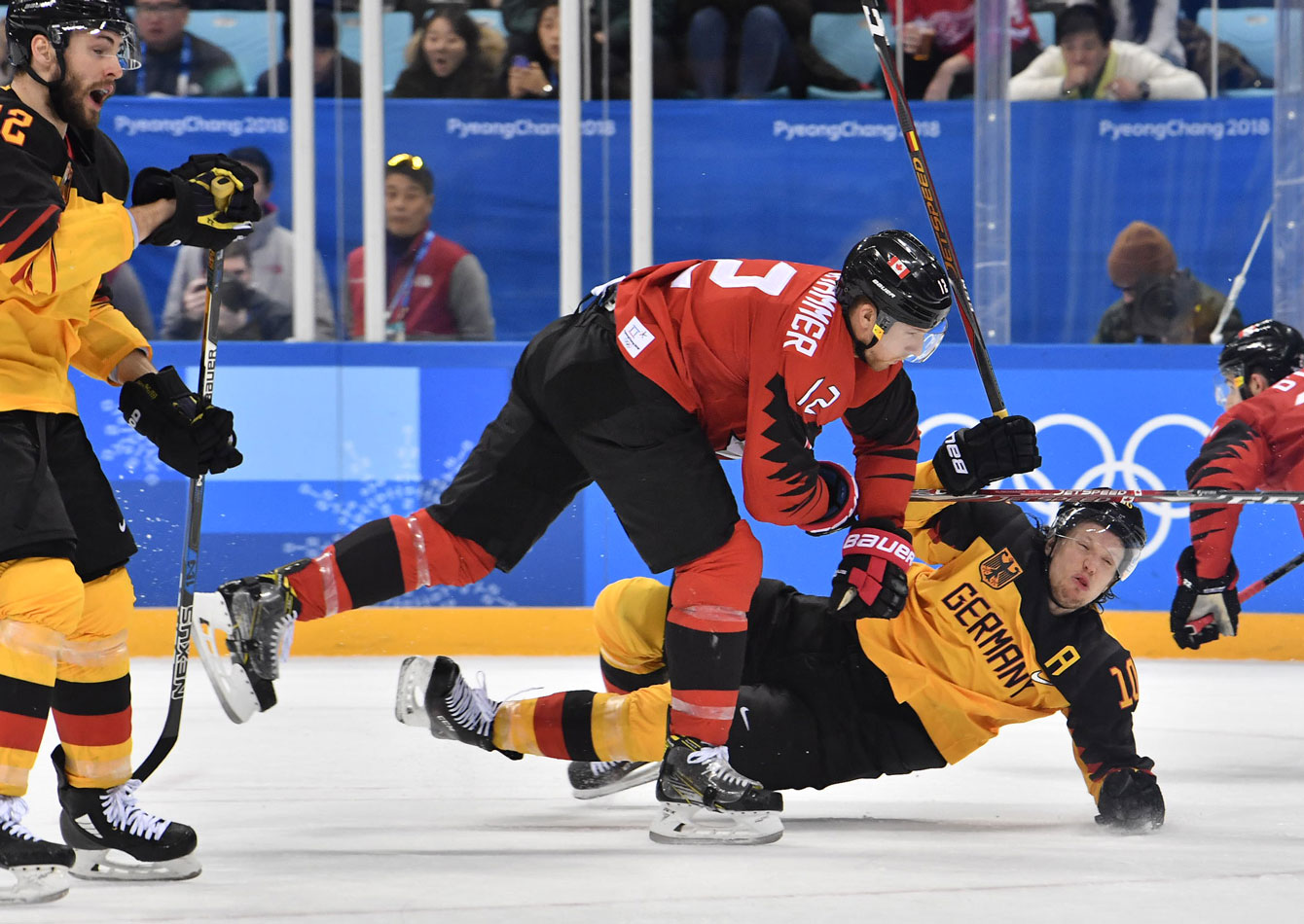 Canada’s Rob Klinkhammer puts a hit on Germany’s Christian Ehrhoff in the men’s hockey semifinal of PyeongChang 2018 at Gangneung Hockey Centre on February 23, 2018 in Gangneung, South Korea.(Photo by Vincent Ethier/COC)

Canada got within two at 2:42 of the third period. Christian Thomas sent a pass to Robinson who deked out Aus Den Birken with a move to his backhand, making it a 4-2 contest. Moments later at 3:21, Dominik Kahun was awarded a penalty shot but his attempt was denied by Poulin.

Roy got Canada within one at 9:42. On a power play, Roy fired a shot from the bottom of the circle that went off a German skate and under Aus Den Birken.

Canada applied tons of offensive zone pressure throughout the third. Despite outshooting the Germans 15-1 in the period and pulling Poulin with 2:22 to go, Canada could not net the equalizer.

Canada advanced to the semifinal with a hard fought 1-0 quarterfinal win over Finland on Wednesday. The team went 2-0-1 in preliminary round play, with their only loss coming in a shootout to the Czechs – the team Canada will play for bronze on Saturday. 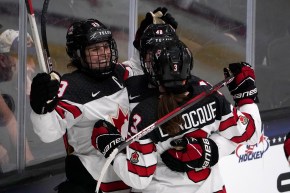 In the leadup to PyeongChang 2018, forward Derek Roy played for Team Canada at the Channel One Cup and Tournament…

In his Olympic debut at PyeongChang 2018, defenceman Karl Stollery helped Team Canada win the bronze medal. In the leadup…