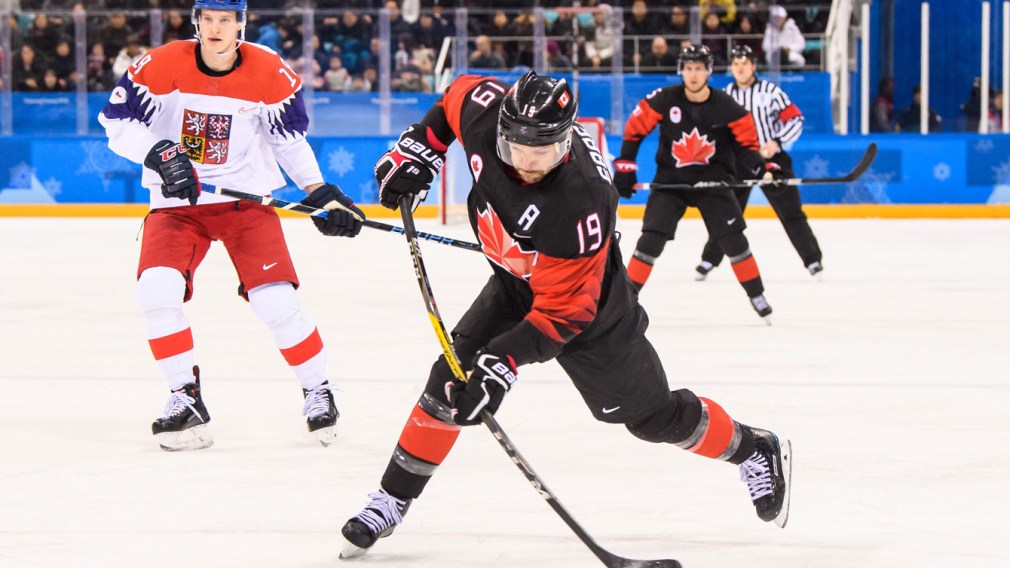 Rene Bourque scored his third goal of PyeongChang 2018 in Team Canada’s 3-2 shootout loss to the Czech Republic on Friday at Gangneung Hockey Centre. 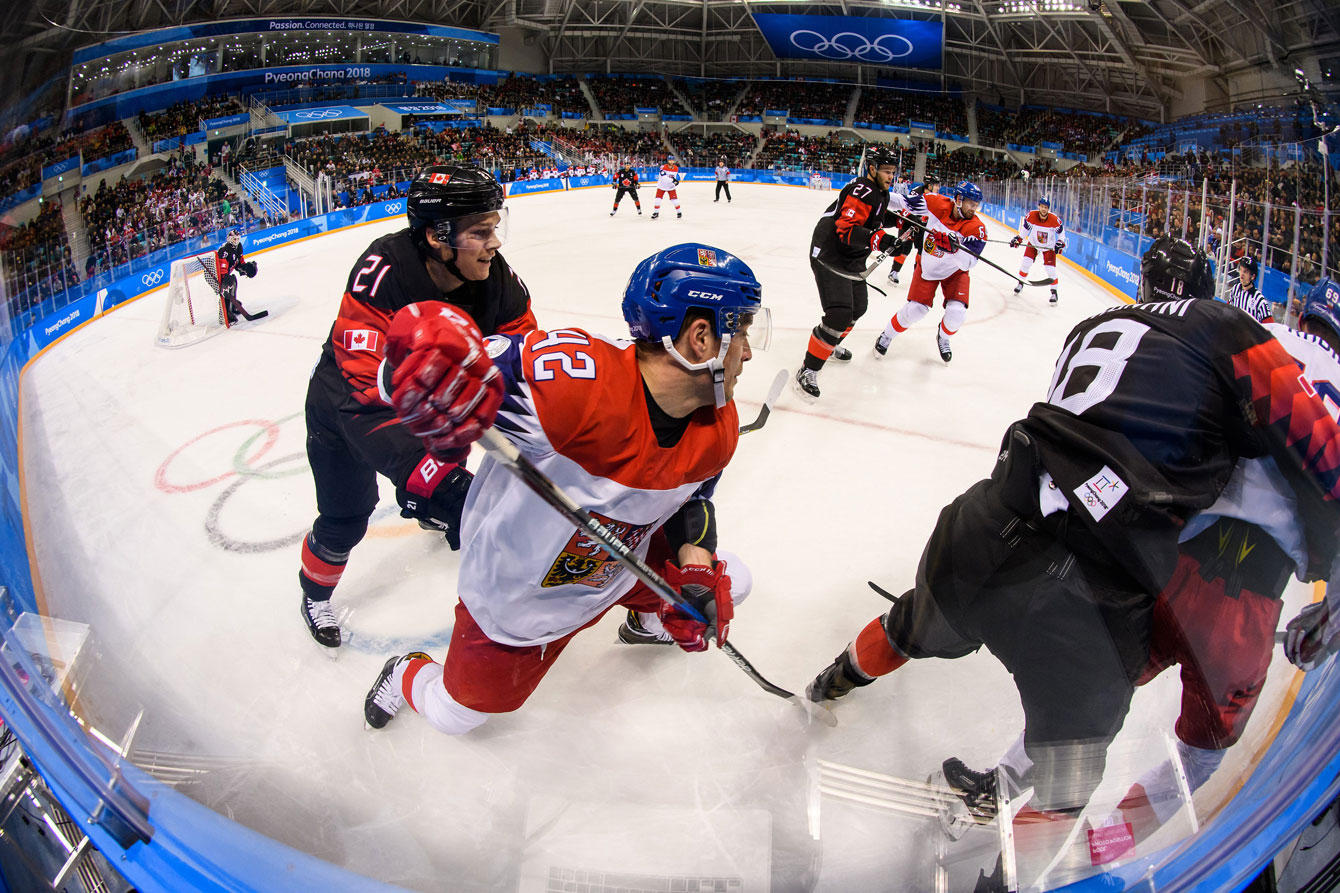 Canada and the Czech Republic battle for positioning during preliminary round play of the PyeongChang 2018 men’s ice hockey tournament on Feb. 17, 2018. (COC Photo/Vincent Ethier)

This was the second game of the preliminary round for Team Canada after opening up the men’s ice hockey tournament with a 5-1 win over Switzerland on Thursday. The Canadians, now one point back of the Czech Republic for top spot in the group, play their final preliminary game on Sunday against the host South Koreans.

Canada opened the scoring 1:13 into the first period. On a power play, Linden Vey fired a shot along the ice that was redirected through the legs of the Czech netminder by Raymond, giving the Canadians an early lead.

Kubalik tied the game at 1-1 at 6:52. After Chris Lee was unable to control a bouncing puck near the bottom if the faceoff circle, Kubalik grab it and beat Scrivens between the pads.

Canada’s power play continued to deliver at 13:30. A Maxim Noreau point shot was blocked in front, allowing Bourque to grab the loose puck and put Canada back in front, 2-1. 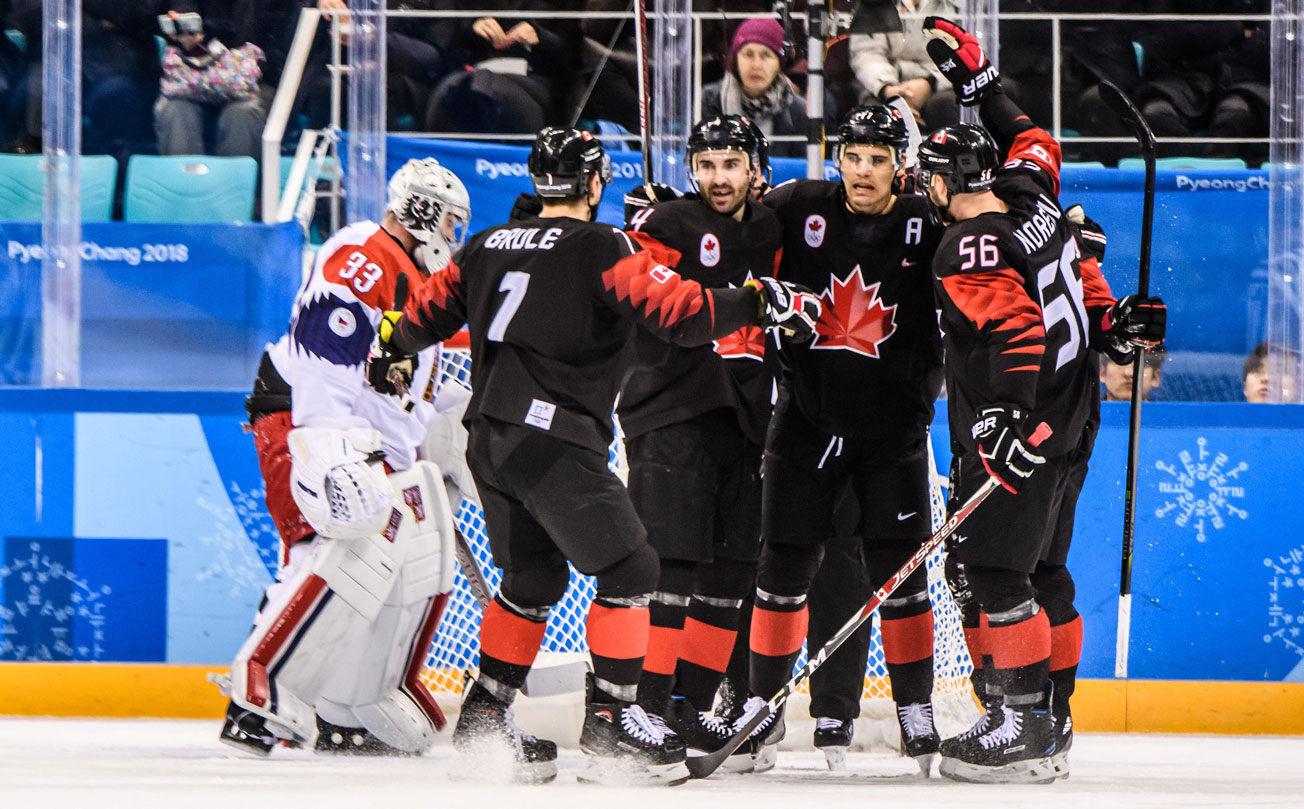 The Czechs tied the game just 25 seconds into the second period. After cycling the puck behind the net, the puck came out to Jordan in front who scored to make it a 2-2 match.

Jordan was given an odd interference penalty at 17:13 after pushing Lee into the Czech bench. That sent Canada to a 34 second five-on-three man advantage, but the Canadians were unable to score of the opportunity. Canada outshot the Czech Republic 23-11 in the opening 40 minutes.

Canada went to a power play with 6:27 remaining in the third period after the Czechs were caught with too many men. Despite some strong offensive zone play, the Canadians couldn’t take the lead. Then with 1:05 remaining in regulation, the Czechs nearly took a 3-2 lead on a Jiri Sekac shot that went off the crossbar and stayed out.

After a scoreless five-minute overtime session, the game headed to a shootout. After the first shooters for each team were stopped, Wojtek Wolski scored on a deke to his forehand to put Canada in front. Petr Koukal tied the shootout at 1-1 and then, after Canada’s Derek Roy was stopped, Jan Kovar scored what proved to be the game-winner. No other shooters were able to score, giving the Czech Republic the victory.

Canada falls 3-2 to Czech Republic in a shootout
What to expect from Canadian tennis players at the French Open
Shuttlecock and balls: The fastest moving objects in sport
French Open Updates: Leylah Annie Fernandez scores first round comeback victory
Adventure, culture and food: 9 things Peru is famous for
Katherine Surin: Lessons learned from an ordinary yet extraordinary father