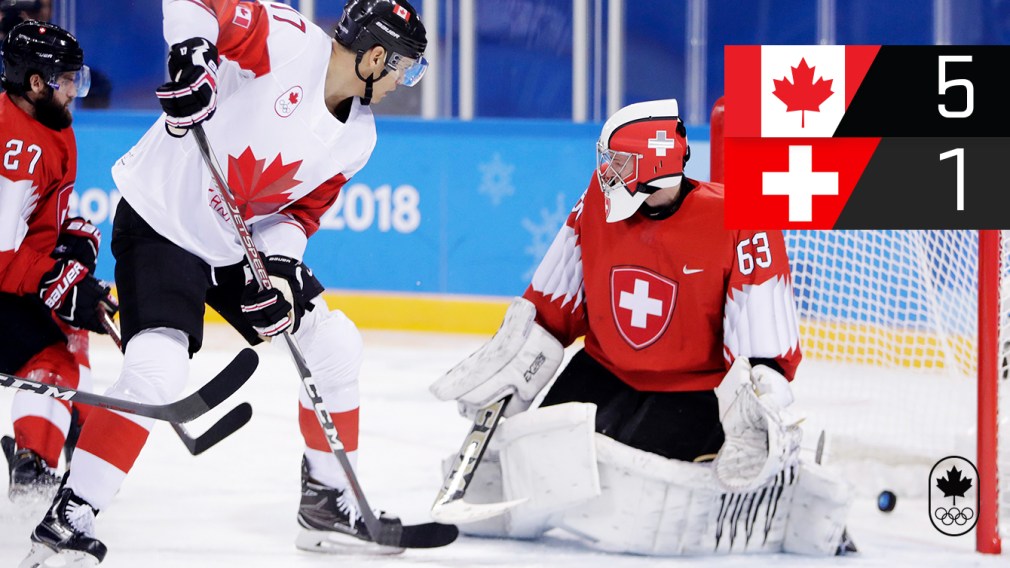 Team Canada’s men’s ice hockey team is off to a strong start at PyeongChang 2018. 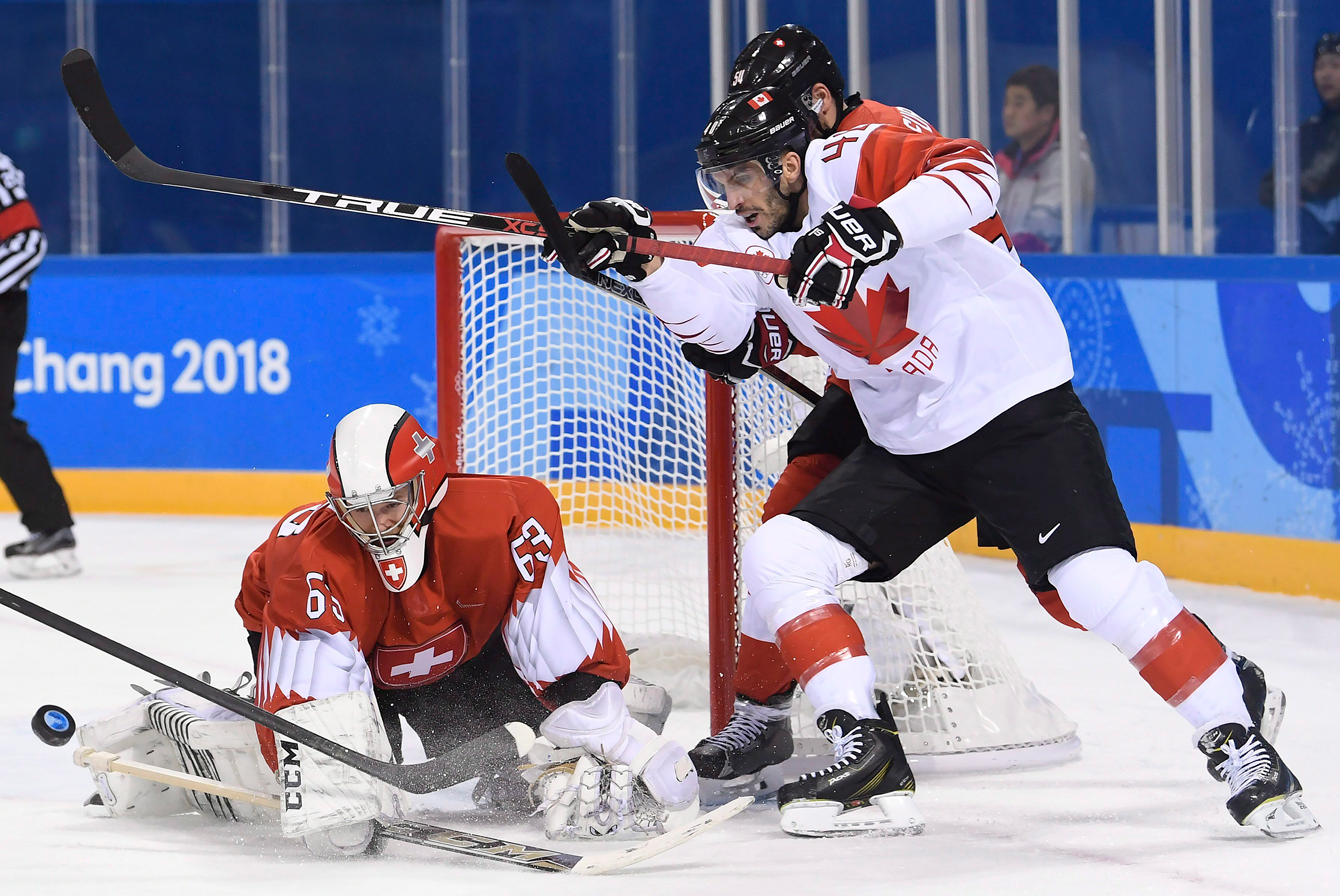 The Canadians will look to improve to 2-0 on Friday when they take on the Czech Republic. The team plays its final preliminary round game on Sunday against the host Koreans.

Canada is looking to win its third straight Olympic gold medal in men’s hockey. They have won gold in three of the past four Winter Games.

Canada opened the scoring 2:57 into the first period. Chris Lee sent a pass along the ice down low to Bourque who redirected the puck past Swiss netminder Leonardo Genoni.

On a power play at 7:30, Canada took a 2-0 lead. With Bourque providing a screen in front, Noreau blasted a high shot that beat Genoni top shelf. 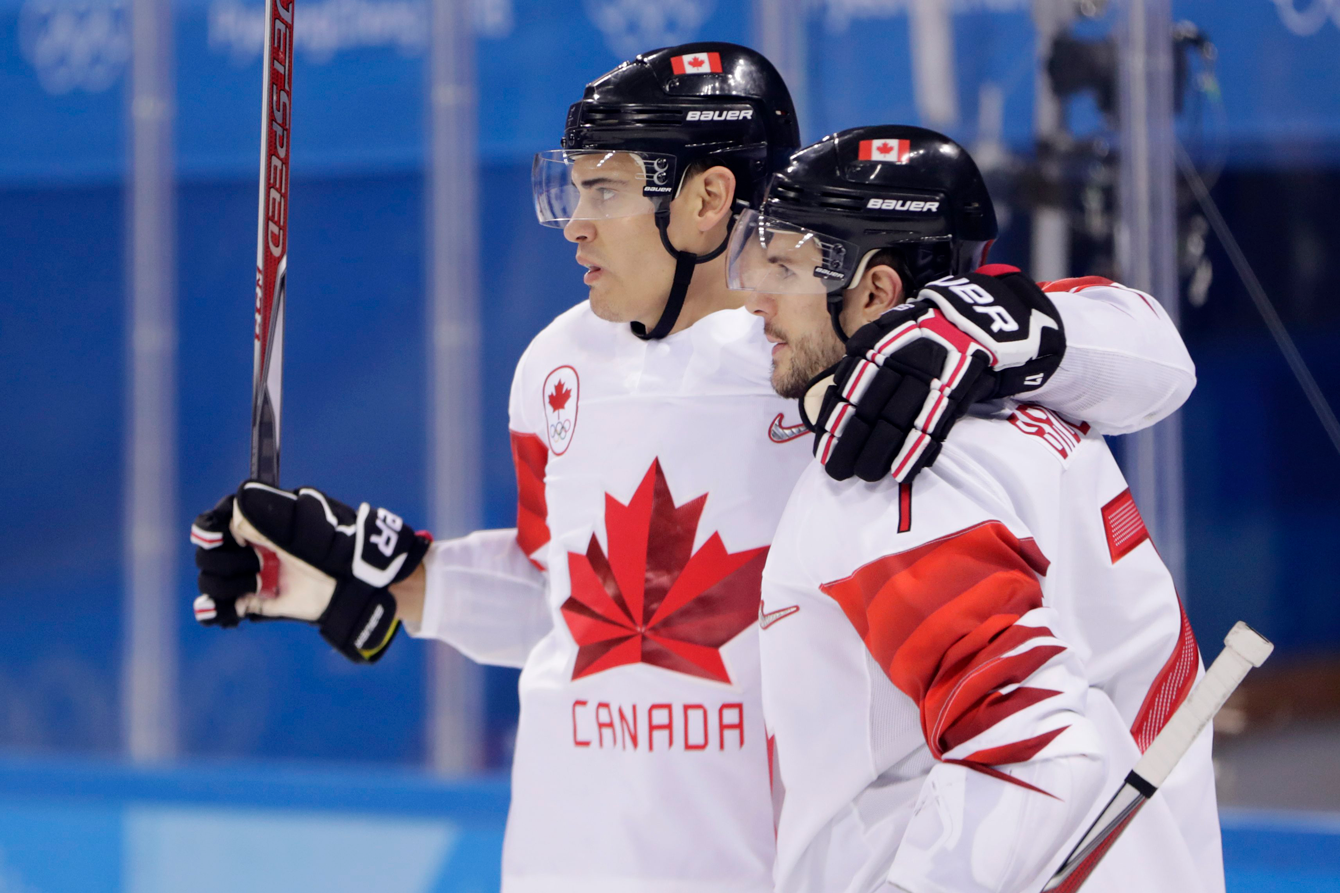 Rene Bourque, left, of Canada, celebrates his goal with teammate Gilbert Brule (7) during the second period of a preliminary round men’s hockey game against Switzerland at the 2018 Winter Olympics in Gangneung, South Korea, Thursday, Feb. 15, 2018. (AP Photo/Julio Cortez)

Canada’s power play continued to connect at 5:00 of the second period. Roy was in the circle and managed to skate through two Switzerland defenders, firing the shot towards the net. Bourque grabbed the puck at the top of the crease and fired it under Genoni, giving Canada a 3-0 advantage.

The Canadians wasted no time taking a 4-0 lead. Just 52 seconds after Bourque’s goal, Wolski fought off a couple Swiss defenders before snapping a quick shot past Genoni. Jonas Hiller took over goaltending duties for Switzerland following the goal.

On a power play with 12:30 remaining in the third, the Swiss pulled Hiller to give them a six-on-four man advantage. At 7:33, the puck snuck behind Scrivens and Simon Moser pushed it the rest of the way across the goal line, making it 4-1. Switzerland gained some momentum from the goal and generated a few good chances throughout the third but could not beat Scrivens again.

With 5:07 left and Hiller pulled, Wolski hit the empty net from the neutral zone to make it a 5-1 final.