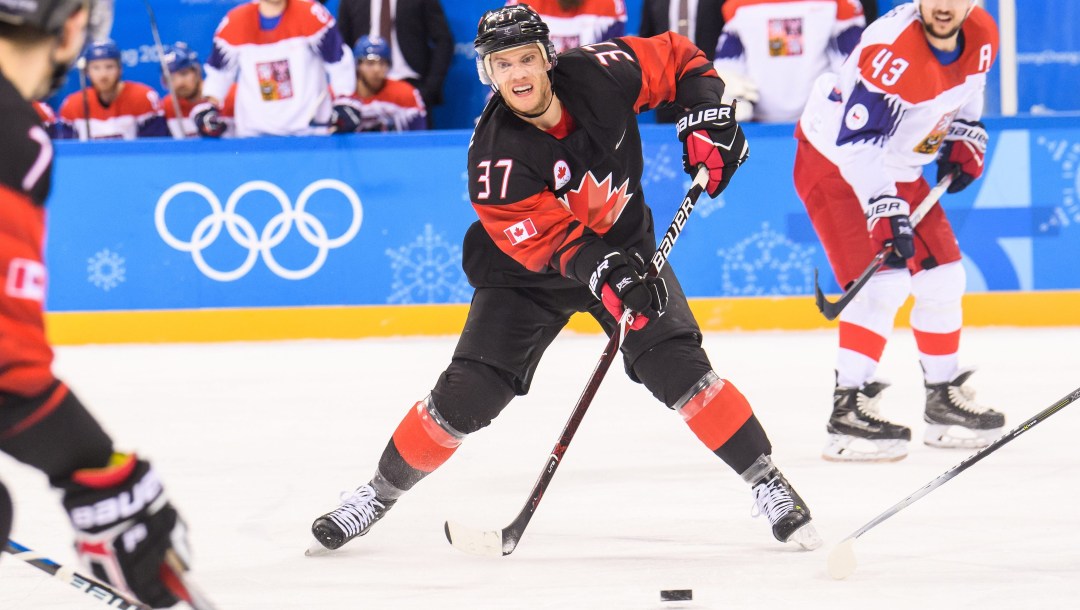 Defenceman Mat Robinson made his Olympic debut at PyeongChang 2018 where he scored one goal and added an assist to help Team Canada win the bronze medal. He also scored once during his second Olympic appearance at Beijing 2022.

In the leadup to PyeongChang 2018, Robinson played for Team Canada in the Channel One Cup and Tournament of Nikolai Puchkov in 2017. He first wore the maple leaf at the 2016 Deutschland Cup. In preparation for Beijing 2022 Robinson returned to the national team, competing in the 2021 Channel One Cup.

Robinson spent four years playing collegiately at the University of Alaska-Anchorage, after two seasons in the AJHL with the Calgary Royals. In his senior year with the Seawolves, he was named team captain and was selected to the WHCA All-Academic team.

Following his first season as a professional with the ECHL’s Elmira Jackals in 2009-10, Robinson went to Europe to further his career. In 2010-11, he helped Sparta Sarpsborg win a Norwegian league title, leading the league in points by a defenceman. From 2011-12 to 2012-13 he suited up for Timra IK in Sweden before moving to the KHL. He spent the 2013-14 season with the Dinamo Riga, receiving the KHL Gentleman Award. He then played for Dynamo Moscow for three seasons and led all KHL defenseman in goals in 2015-16. In 2017-18 he moved to CSKA Moscow, winning the Gagarin Cup the following year. After one more year in Moscow, Robinson signed with SKA St. Petersburg for 2021-22.

A Little More About Mat

Getting into the Sport: Started playing hockey at age 4 because his brother and father played… Outside interests: Enjoys playing golf, baseball, tennis, and travelling… Graduated from the University of Alaska-Anchorage with a Bachelor of Science in Natural Sciences…