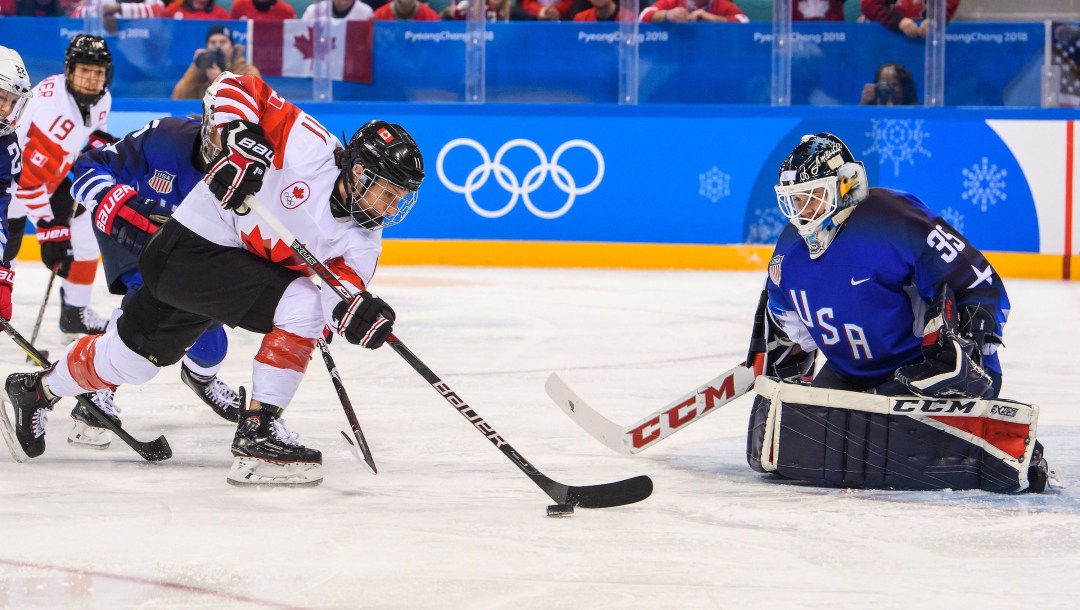 Jillian Saulnier was a member of Canada’s gold medal-winning women’s hockey team at Beijing 2022, recording two assists in the tournament. Saulnier made her Olympic debut at PyeongChang 2018 where she helped Canada win the silver medal. She tore her MCL in the semifinal, but still played in the final despite the injury, which taught her important lessons about her own strength.

Saulnier first wore the maple leaf internationally as a member of the under-18 national team. She won silver with Team Canada at the IIHF World Women’s U18 Championship in 2009 before capturing gold at the tournament in 2010 where she scored four goals and six assists in five games. Saulnier made her debut with the National Women’s Team at the Four Nations Cup in the fall of 2014, helping Canada win gold. In 2015, she became the first player from Nova Scotia to compete at the IIHF Women’s World Championship, taking home a silver medal. She returned to the worlds in 2016, scoring one goal as Canada won another silver.

In January 2017, Saulnier captained Canada’s National Women’s Development Team to silver at the Nations Cup in Füssen, Germany and was a part of another silver medal win with the senior team at the Four Nations Cup. She was not named, however, to the 2017 World Championship team, making her realize how much she loved representing Canada and giving her the motivation to work even harder to make her Olympic dream come true.

Saulnier returned from the knee injury sustained in PyeongChang to earn her fourth silver medal at the 2018 Four Nations Cup. In 2019 she was a member of the world championship team that won bronze. After the 2020 Worlds were cancelled because of the COVID-19 pandemic, Saulnier rejoined the National Women’s Team in 2021 and brought home Canada’s first world gold since 2012.

Saulnier began her collegiate career at Cornell University in 2011-12 and was named the Ivy League and ECAC Rookie of the Year. As a junior in 2013-14 she led the nation in points per game (1.65), was a First Team All-American, Ivy League Co-Player of the Year and a top-three finalist for the Patty Kazmaier Award given to the best female hockey player in the NCAA. After graduation, she was selected 14th overall by the Calgary Inferno of the CWHL, winning the Clarkson Cup in 2015-16. She played with the Montreal Canadiennes before the CWHL ceased operations and has since joined the Professional Women’s Hockey Players Association team based in Montreal.

A little more about Jillian

Getting into the Sport: Started playing hockey at age 5… Her father built an ice rink in their backyard so her younger brother could play and she copied him… While watching the Salt Lake City 2002 women’s hockey gold medal game on TV, her mom took a photo of her standing in front of the team as they sang O Canada; she wants her mom to take that picture again but with her actually standing on the blueline instead of in front of the TV… Outside Interests: Graduated from Cornell University in 2015 with a degree in Agriculture and Life Sciences… Loves spending down time at her cottage in Nova Scotia where she rides motorcycles, surfs, and swims… Plays guitar… Has a passion for business and entrepreneurship… Odds and Ends: Favorite NHL Team is the Montreal Canadiens… Favourite motto: The will to win must overcome the fear of losing (it is also her grandfather’s motto to help deal with his Parkinson’s diagnosis which came just before she left for 2018 Olympic centralization)…