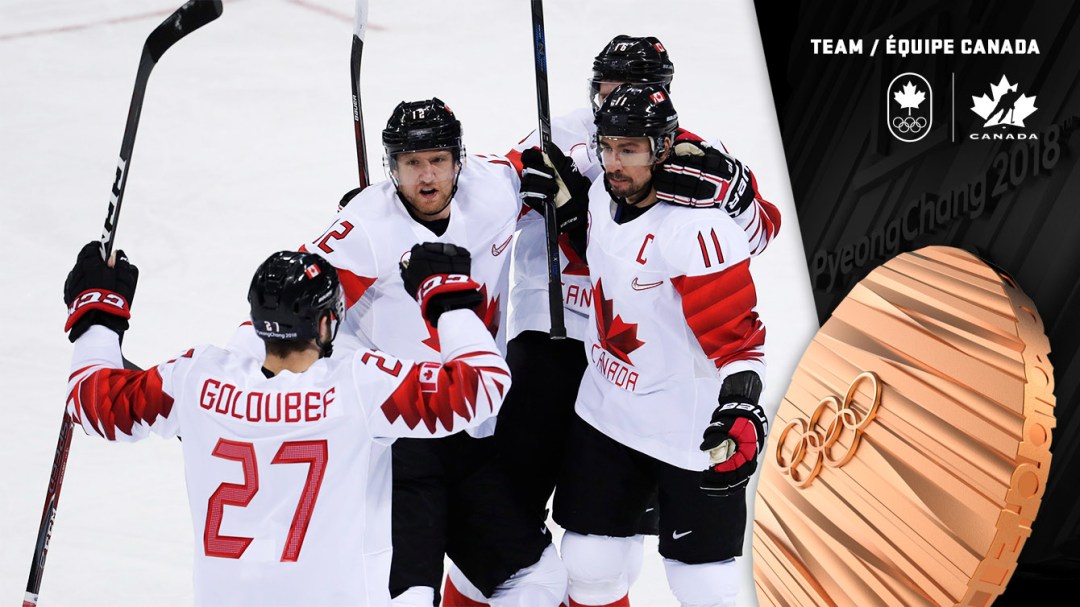 Canada defeated the Czech Republic 6-4 in Saturday’s bronze medal game at Gangneung Hockey Centre. The victory gives Canada a medal in men’s ice hockey in four of the past five Games.

Andrew Ebbett and Chris Kelly each scored a pair of goals in Canada’s final game of PyeongChang 2018 while Derek Roy and Wojtek Wolski added singles. Kevin Poulin picked up the win in net.

RELATED: Canada to play for bronze in men’s hockey at PyeongChang 2018 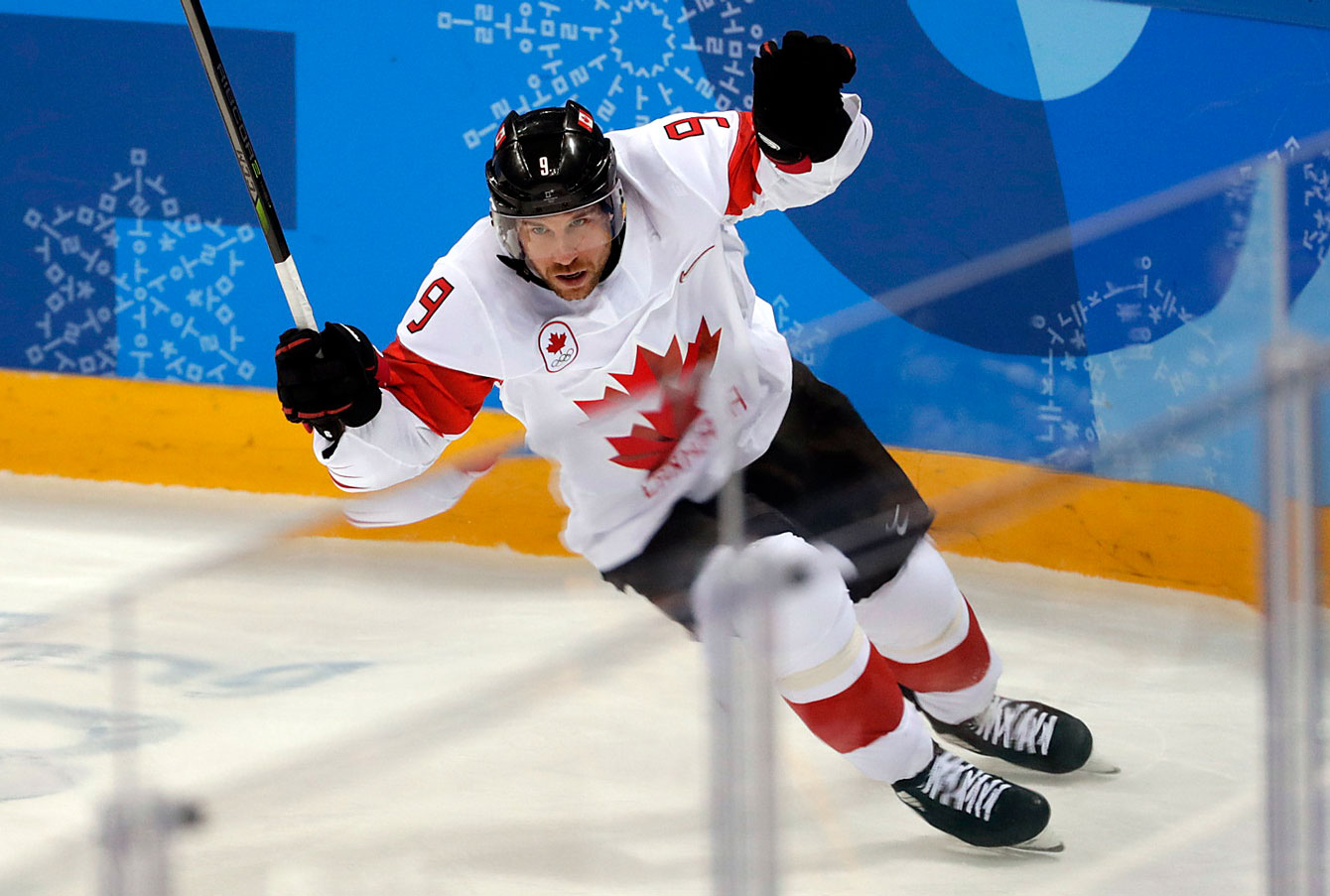 Derek Roy of Canada celebrates a goal in the men’s bronze medal hockey game against the Czech Republic at the Gangneung Hockey Centre during the PyeongChang 2018 Olympic Winter Games in PyeongChang, South Korea on February 24, 2018. (Photo by Vaughn Ridley/COC)

Canada opened the scoring on a power play at 11:03 of the first period. Mat Robinson was in the circle and fired a low wrist shot that went off some skates and past Czech goaltender Pavel Francouz. Credit for the goal was given to Ebbett.

Just 16 seconds later, the Czechs tied it. After Poulin allowed a big rebound, Roman Cervenka grabbed the puck and shot it towards the goal. Martin Ruzicka was there to slide it in, quickly making it 1-1.

The goals kept coming quickly – 12 seconds after the Czechs tied it up, Canada scored again. A Cody Goloubef point shot was redirected in front by Kelly, putting the Canadians back in front. 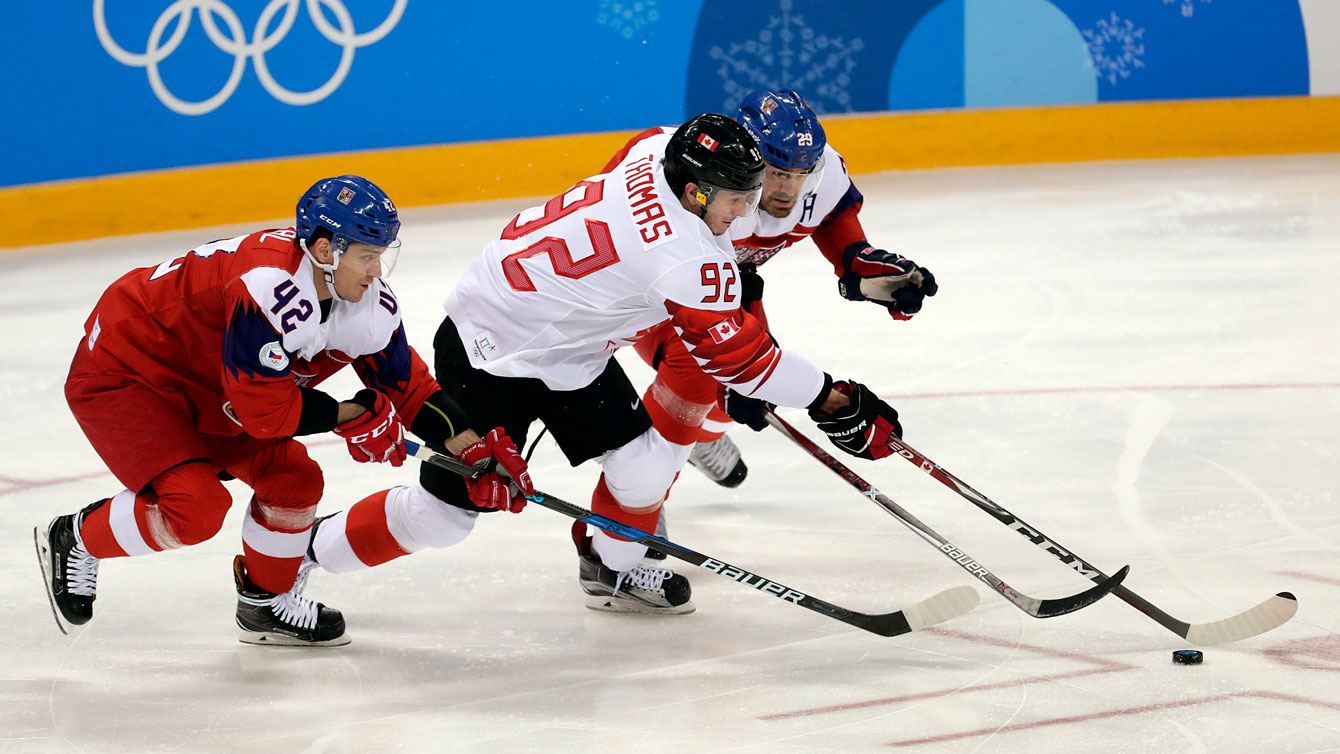 Christian Thomas of Canada plays the puck in the men’s bronze medal hockey game against the Czech Republic at the Gangneung Hockey Centre during the PyeongChang 2018 Olympic Winter Games in PyeongChang, South Korea on February 24, 2018. (Photo by Vaughn Ridley/COC)

Roy gave Canada a 3-1 lead at 15:57. Brandon Kozun made a sweet feed as the two skated towards the net. Roy finished things off, extending Canada’s advantage.

The second period proved to be fairly uneventful in comparison to the first. Canada outshot the Czech Republic 8-5 in the frame, which included killing off a key penalty late in the period to maintain their two-goal lead.

Ebbett scored his second of the game at 5:50 of the third period to give Canada a 4-1 lead. Kozun was on the goal line and sent a hard pass into the crease area where Ebbett redirected the puck upstairs and past Francouz. The Czechs quickly responded at 6:36 when Jan Kovar grabbed a loose puck in the slot and beat Poulin with a wrist shot, making it a two-goal game once again.

At 9:37, Kelly restored Canada’s three-goal lead, netting his second of the match by ripping a shot past Francouz’s blocker and off the post and in. The Czechs, again, responded quickly with Martin Erat scoring at 10:49 – but Canada challenged, and the goal was called off due to goaltender interference.

With 4:37 to play, Canada put one more goal on the board when Wojtek Wolski jammed in a loose puck in front. But the Czechs got that one back just a minute later, when Roman Cervenka batted one in. It was reviewed for a high stick, but the goal stuck, making it a 6-3 game.

After Canada took a penalty for too many men on the ice, Cervenka snapped one in from the left side, cutting the lead to 6-4 with just over two minutes left in regulation. But that would be as close as they got.

Team Canada leaves PyeongChang with a 3-1-1 overall record. The team lost in a shootout to the Czechs in the preliminary round but avenged that loss on Saturday. Germany, who defeated Canada in Friday’s semifinal, will face the Olympic Athletes from Russia in Sunday’s gold medal game.