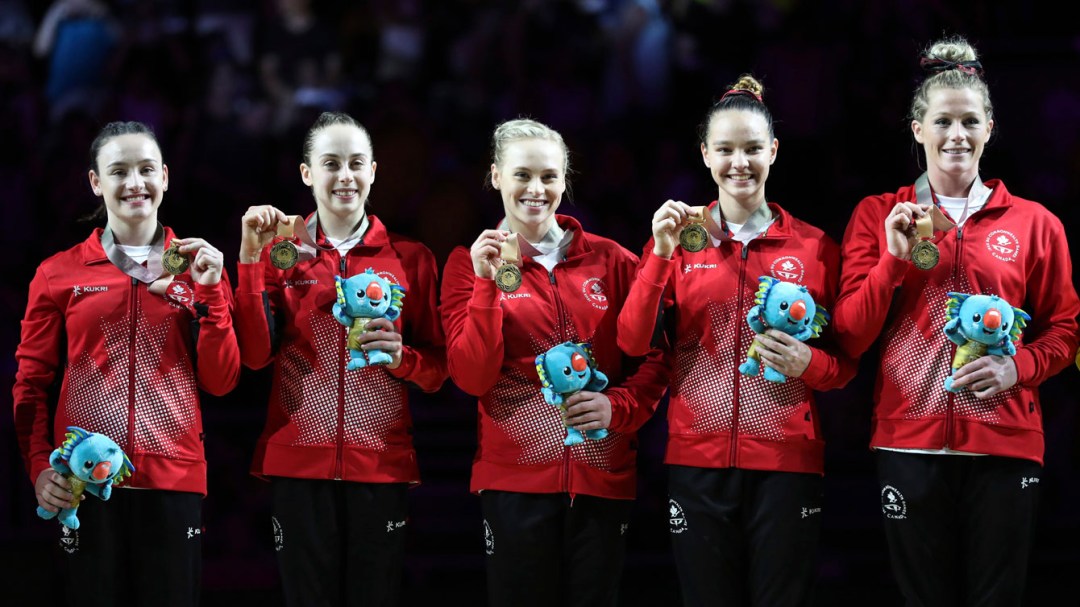 It only took Team Canada two days to reach double digits at the 2018 Commonwealth Games, bringing their Gold Coast medal haul to 11.

Here’s are some of Team Canada’s highlights from day two.

It was a banner day for @cgc_jcc in the 100m Backstroke, as @MarkusThor2 made his Commonwealth Games debut a memorable one with a bronze medal! #GC2018 #GoldCoast2018 #GoldCoastGoldRush pic.twitter.com/5l3OtkNoFL

World champion Kylie Masse set a Commonwealth Games record in the women’s 100m backstroke semifinals. After swimming to an easy 58.70 seconds, all eyes will be on the world record holder in the final.

THIS is what a silver medal-winning lift looks like. Tali Darsigny tosses up 112kg and caps it with a smile as she earns a spot on the podium! 🙌🏻#GC2018 #GoldCoast2018 #GoldCoastGoldRush @WeightliftingCA pic.twitter.com/8P96Ya6uOV

Canadian weightlifters picked up two medals on the second day of the Commonwealth Games. Taki Darsigny claimed silver in the women’s 58kg event lifting 112kg. The Canadian finished between Tia-Clair Toomey from Australia and Jenly Wini of Solomon.