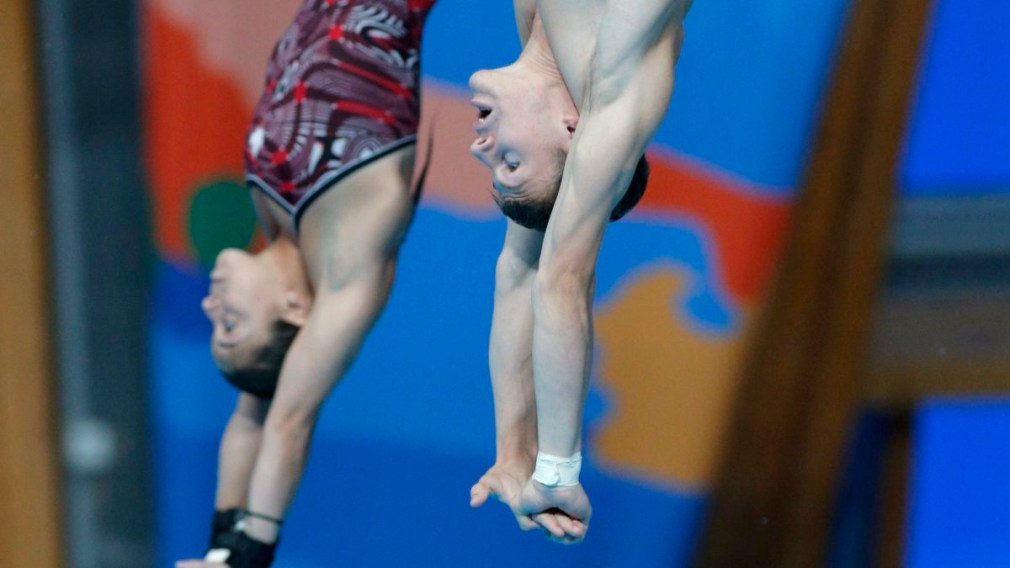 Meaghan Benfeito and Vincent Riendeau have reached the podium again. On Saturday, the Quebec duo finished in third place in the 10m mixed synchro event at the World Diving Series in Kazan, Russia.

The two have medalled in this event several times. Last year they won bronze in Beijing and silver in Windsor during the 2017 World Diving Series. In 2015, they finished 3rd at the FINA World Championships.

This is the second medal for Canada this weekend, adding to the silver medal Jennifer Abel and Mélissa Citrini-Beaulieu won yesterday in the women’s 3m synchro.

Riendeau has a chance for another medal later today, in the individual 10m platform event. Pamela Ware could also land on the podium for Canada in the women’s 3m springboard.

Competition continues in Kazan through Sunday.