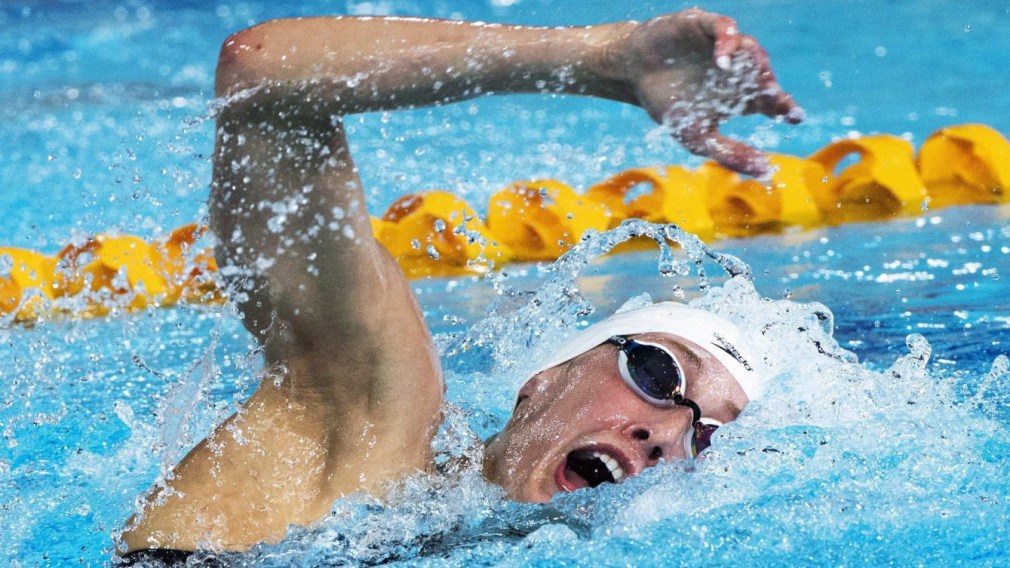 With less than two years to go until the 2020 Olympic Games, Swimming Canada is sending its top athletes to Tokyo for the Pan Pacific Swimming Championships, August 9-14.

The 32 Olympic program swimmers headed to Tokyo (full list below) are a mix of experienced Olympic medallists and first-time senior competitors. Athletes qualified for Team Canada based on results at the Canadian Swimming Trials held in Edmonton in July. 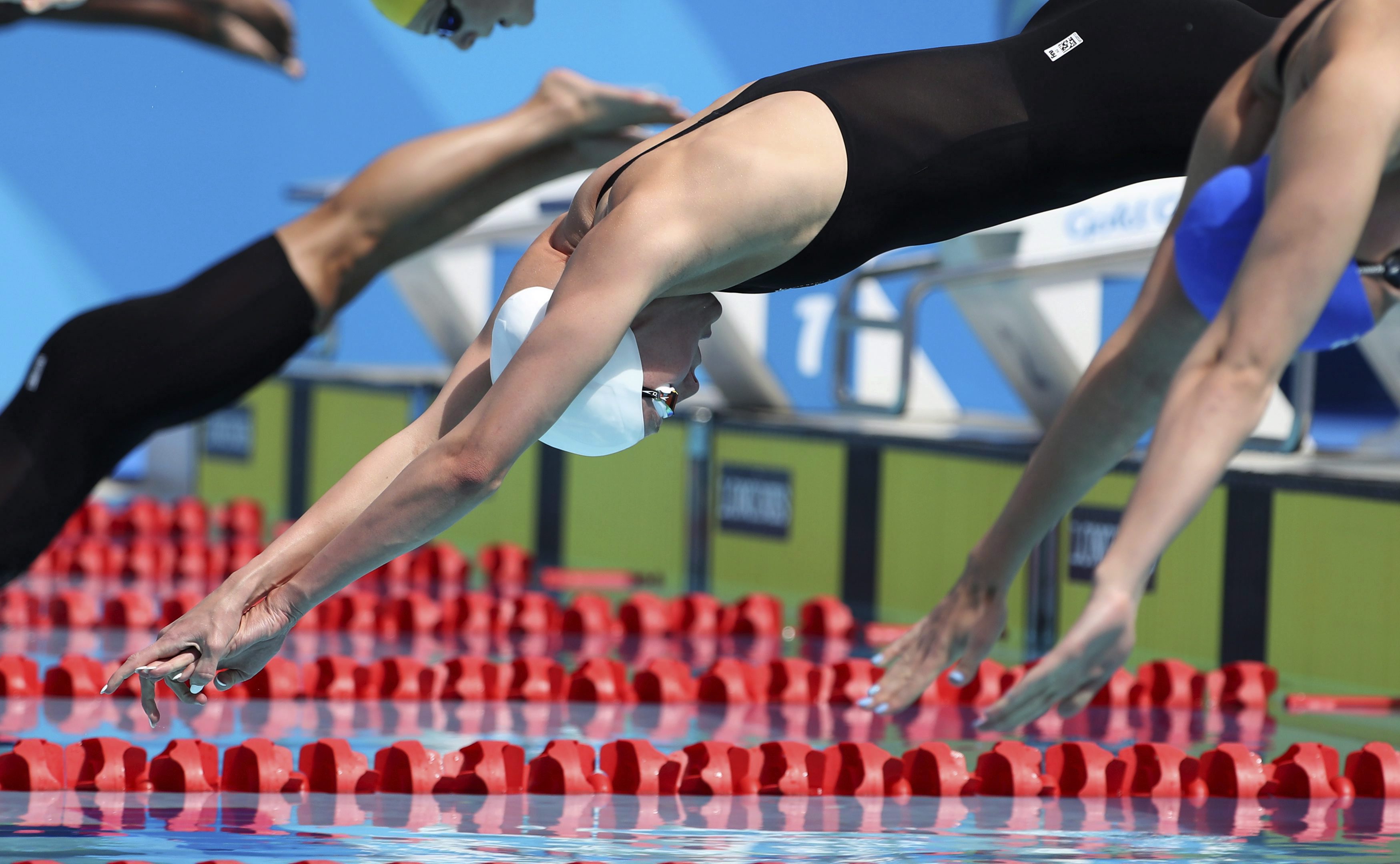 Canada’s Taylor Ruck dives in for the start of her women’s 50m freestyle heat at the Aquatic Centre during the 2018 Commonwealth Games on the Gold Coast, Australia, Friday, April 6, 2018. (AP Photo/Rick Rycroft)

Taylor Ruck is one of Team Canada’s top contenders in Tokyo. Since winning two relay bronze medals at Rio 2016, Ruck has found individual success on the international stage. At the 2018 Commonwealth Games in April, she tied the record for most medals won by an athlete at a single Games with eight. Ruck is expected to shoulder a heavy workload in Tokyo, potentially racing the 50m, 100m and 200m freestyle as well as the 100m and 200m backstroke along with relays.

Another Rio 2016 bronze medallist, Kylie Masse, will also head to Tokyo with some confidence due to recent success. After winning the 100m backstroke world title in 2017, Masse captured gold in that event as well as the 200m backstroke at the 2018 Commonwealth Games. 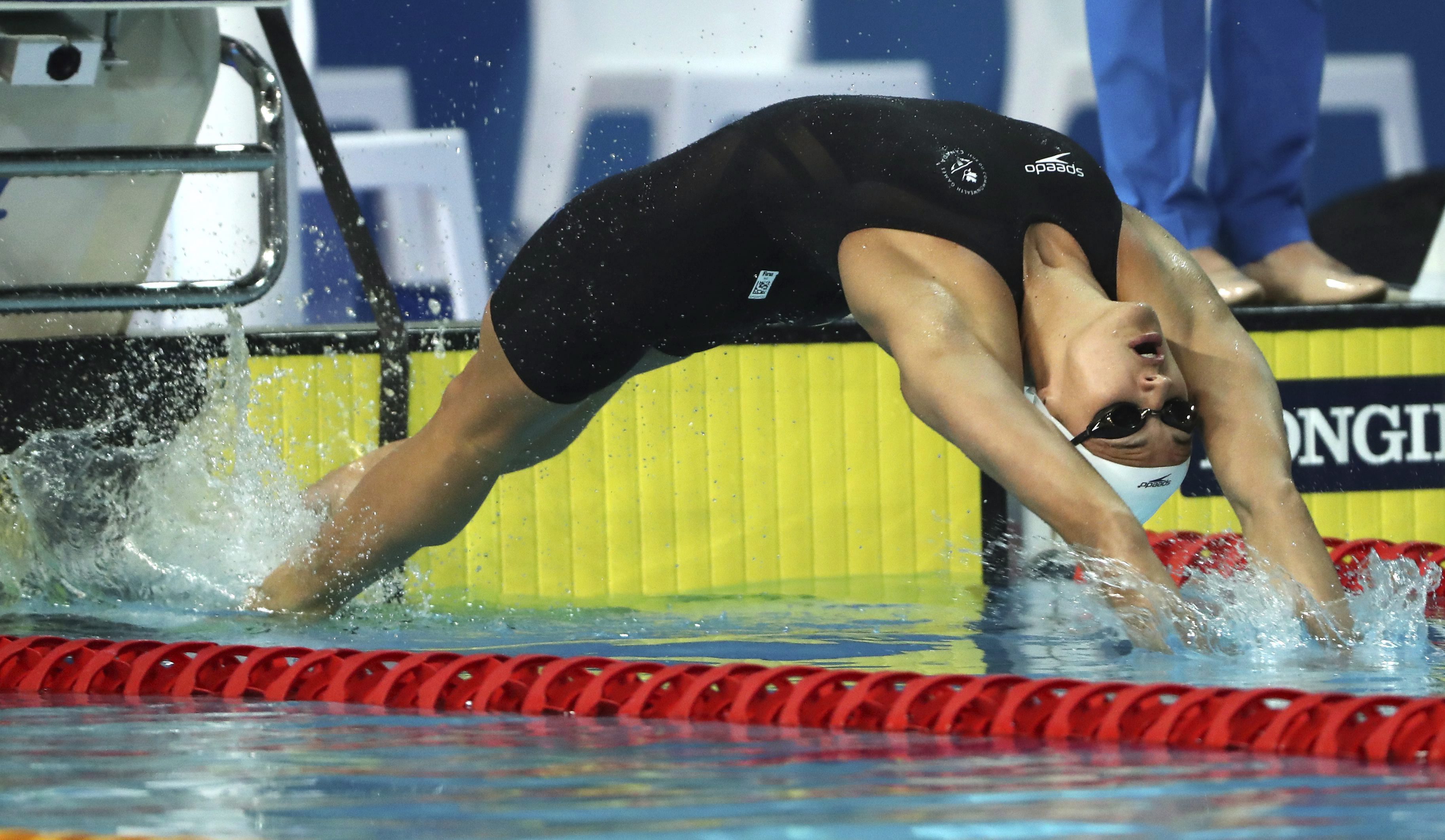 Markus Thormeyer is another athlete to watch at the Pan Pacific Championships. Thormeyer brought home 100m backstroke bronze from the Commonwealth Games in April and won three events at the 2018 Canadian Swimming Trials: the 200m freestyle, 100m backstroke and 200m backstroke. 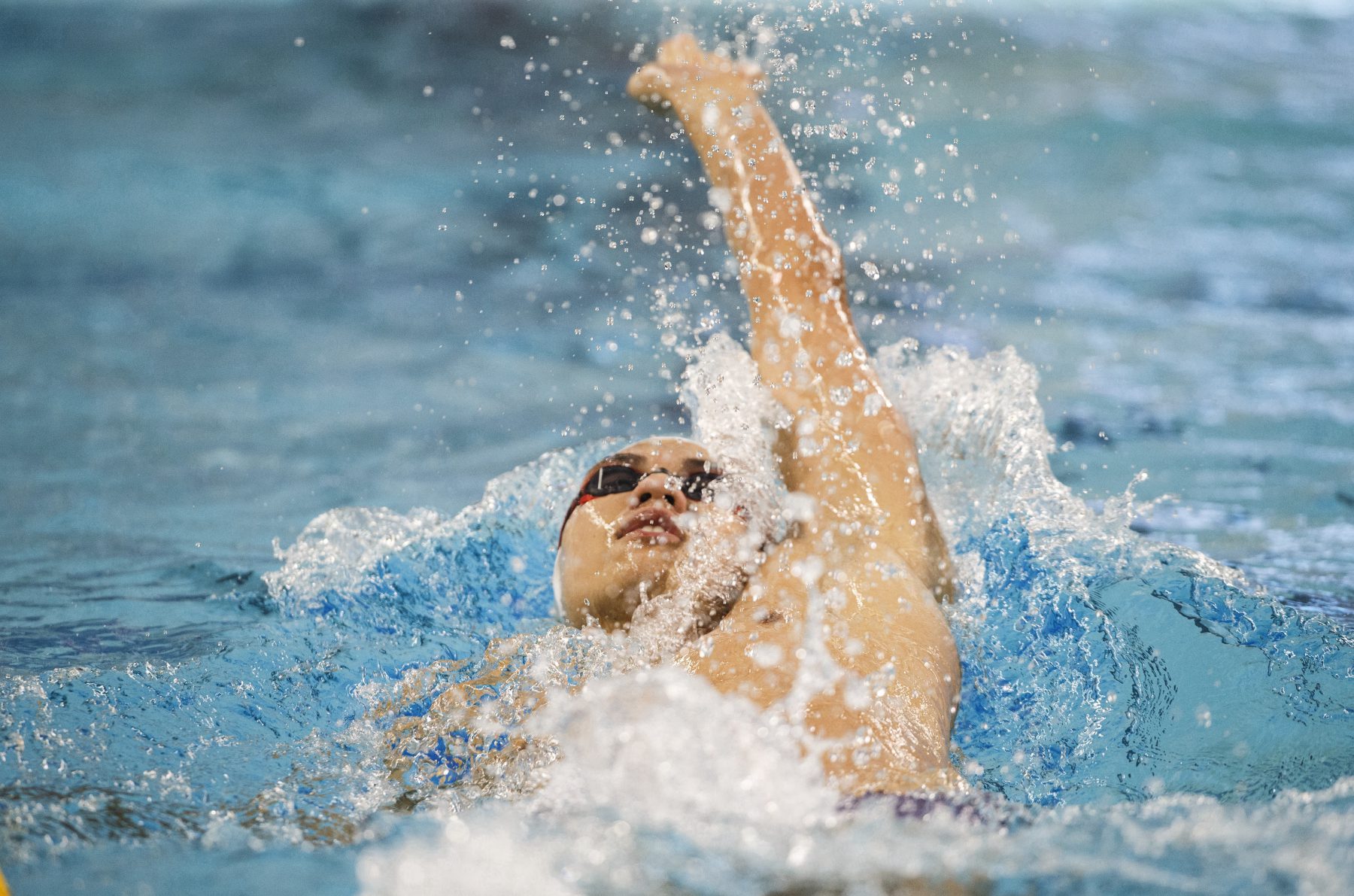 Markus Thormeyer swims the 200 metre backstroke during the 2018 Team Canada finals in Edmonton on Saturday, July 21, 2018. THE CANADIAN PRESS/Jason Franson

Swimming Canada’s High Performance Director and National Coach John Atkinson is looking forward to how this competition will prepare athletes for the next Olympic Games, saying “It’s a rehearsal for Tokyo 2020. The staging camp venue in Wakayama is where we will be in 2020. We will have the same support team that will go for 2020 as well. That in itself will be good, they get to know the venue, the hotel. It really is a great opportunity for that rehearsal.”

One podium contender is missing from the Pan Pacific Championships. After winning the 100m freestyle and 100m butterfly at the Canadian Swimming Trials, four-time Olympic medallist Penny Oleksiak and Swimming Canada’s high performance leadership team decided that a break from competition would better allow her to return to her rigorous training schedule in September on the path to the 2020 Olympic Games.

Here is the complete list of athletes representing Canada at the Pan Pacific Swimming Championships: