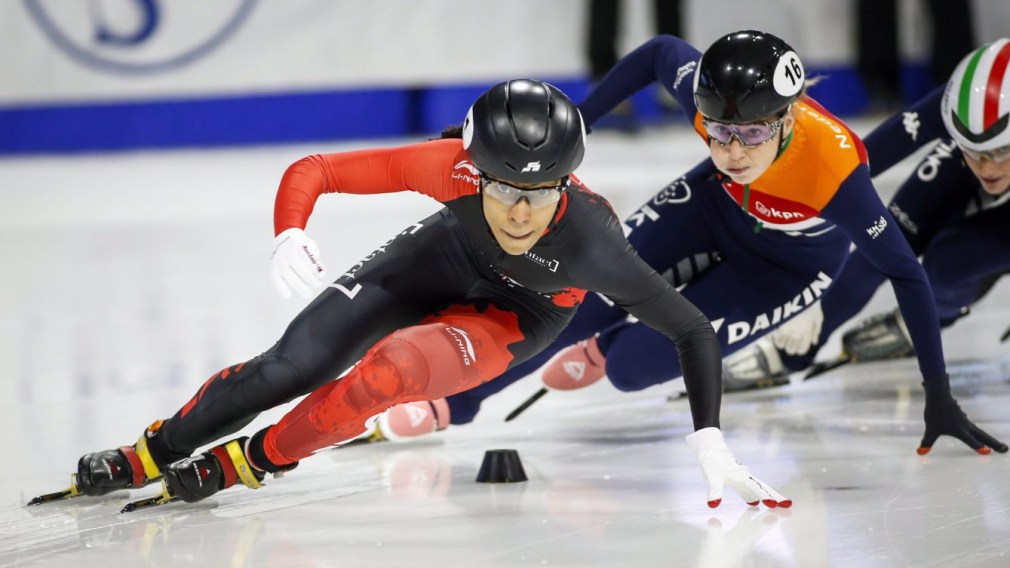 Team Canada’s women’s 3000m relay team of Alyson Charles, Camille de Serres-Rainville, Claudia Gagnon and Courtney Lee Sarault raced to a time of 4:05.267, putting them behind Russia (4:03.925) and Korea (4:03.966). Alison Desmarais also contributed to the team’s success, having raced in the quarterfinal.

It was Charles’ second medal on Sunday and third at this World Cup. She followed her 500m bronze on Saturday with the same result Sunday. Her time of 43.757 seconds landed her behind Lara van Ruijevin of the Netherlands (43.070s) and Kexin Fan of China (43.214s) on the podium. It was an impressive debut for Charles who was competing in the first World Cup event of her career. 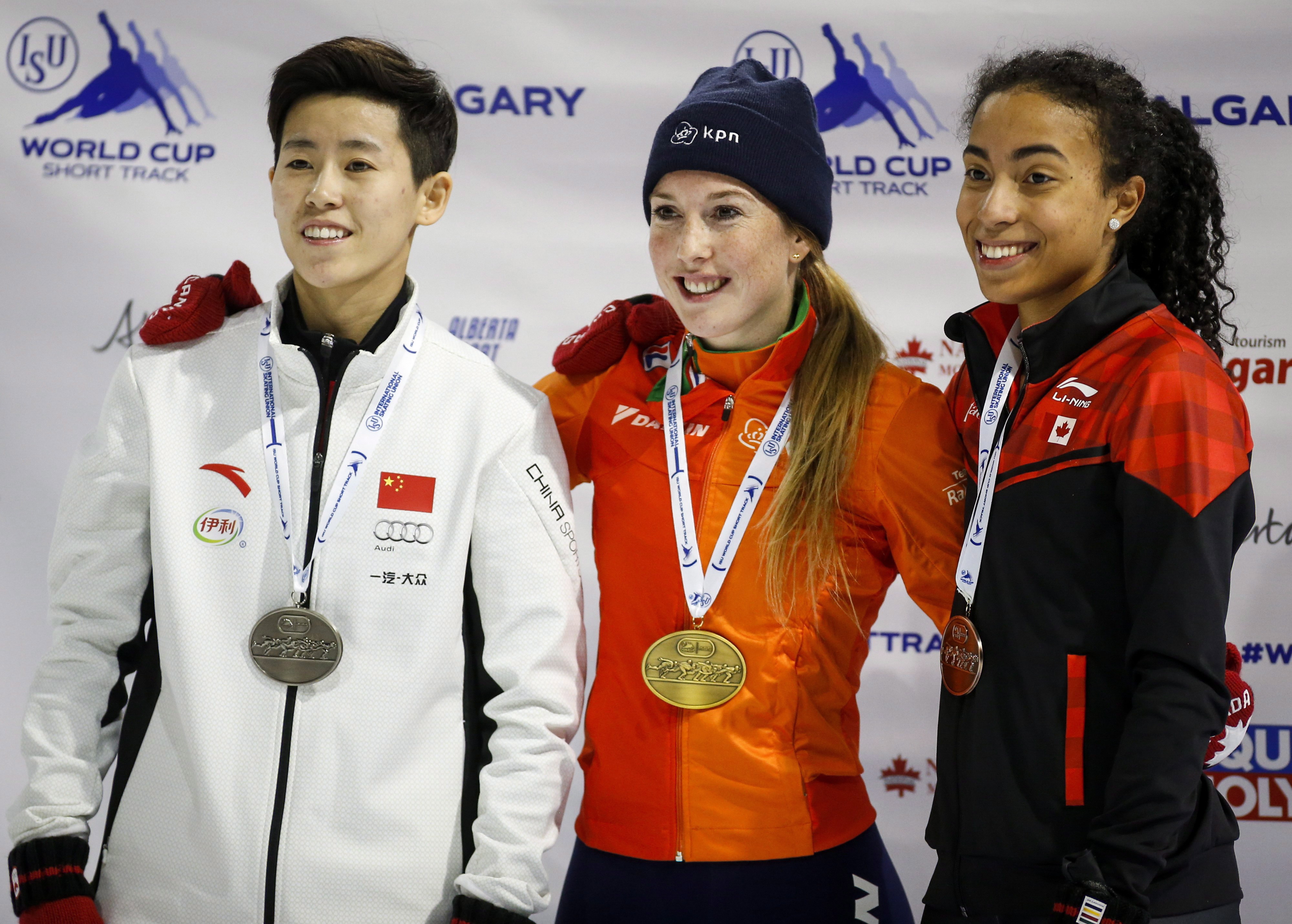 Next weekend, Canada’s short track speed skaters will be in Salt Lake City, Utah for the next stop of the World Cup tour.

Team Canada wins two bronze medals on the final day of the short track Calgary World Cup
Getting vertical: The highest jumps in sport
Parrot wins gold at FIS big air World Cup in Austria
Shuttlecock and balls: The fastest moving objects in sport
What is the difference between racquetball and squash?
Korea 101: Korean Customs and Traditions