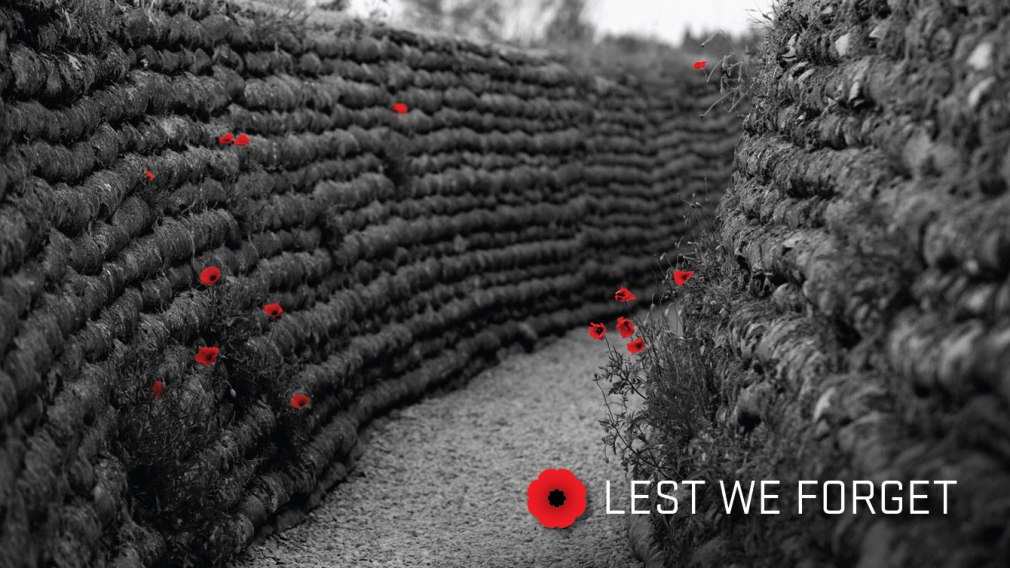 Each year on November 11 we mark the anniversary of the end of the First World War and remember those who fought on behalf of all Canadians.

Some of those soldiers were athletes. Instead of wearing the maple leaf at the 1916 Olympic Games in Berlin, which were ultimately cancelled, they wore Canadian uniforms on battlefields across Europe. Among those whose lives were lost were five Canadian Olympians:

Cree runner Alex Decoteau had finished sixth in the 5000m at Stockholm 1912. Five years later, the Edmonton police officer perished in October 1917’s Second Battle of Passchendaele when he was hit by a sniper’s bullet. 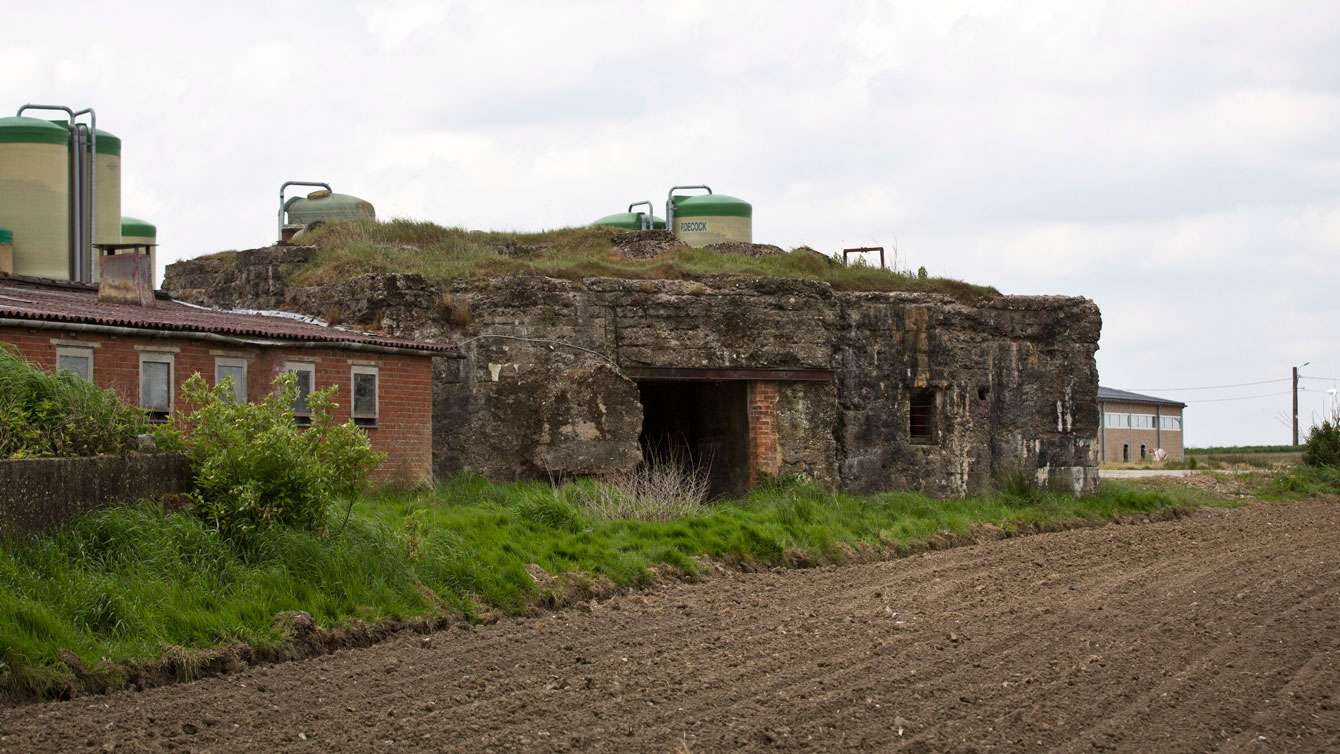 World War I bunker known as “Cheddar Villa” in St. Julien, Belgium. The bunker was a German strongpoint, which was taken on the opening day of the Third Ypres battle. (Canadian Press)

Another 1912 Olympian, James Duffy, finished fifth in the marathon in Stockholm before winning the Boston Marathon in 1914. On April 23, 1915 he was fatally wounded near Ypres, Belgium where Canadian forces faced the first documented use of poison gas on the Western Front.

Percival Molson had raced in the 400m at St. Louis 1904 before forming an infantry unit of former McGill University graduates to help reinforce the Princess Patricia’s Canadian Light Infantry. After surviving an attack at the Battle of Mount Sorrel in Belgium in June 1916, he returned to action a year later and was killed by a direct hit from a German howitzer near Vimy Ridge, France in July 1917. 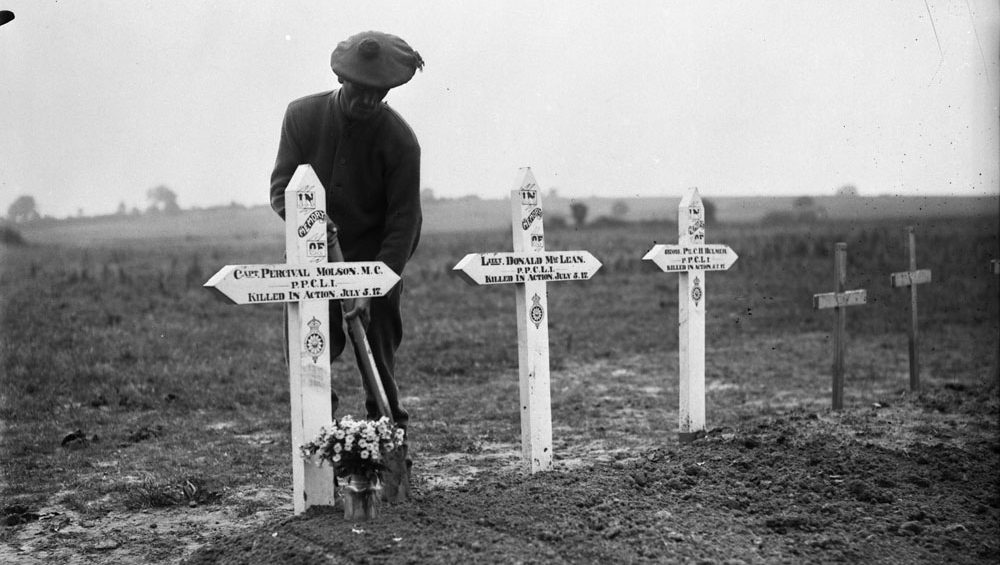 The gravesite of Olympian Percival Molson who was killed in action near Vimy Ridge in World War I (Photo courtesy Canada Dept. of National Defence/Library and Archives Canada)

Four years after taking Canada to the Davis Cup semifinals, Robert Powell was an army lieutenant who died leading a charge at Vimy Ridge just two weeks after Canadian forces famously captured the strategic high ground. Powell had competed in both the singles and doubles tennis tournaments at London 1908.

As a rower, Geoffrey Taylor won a pair of bronze medals with the four and eight at London 1908. He returned to the Olympic Games at Stockholm 1912. Three years later, he went missing during the Second Battle of Ypres after Canadian troops advanced into the village of St. Julien where they encountered poison gas. Taylor’s name appears on the Menin Gate Memorial to the Missing in Belgium. 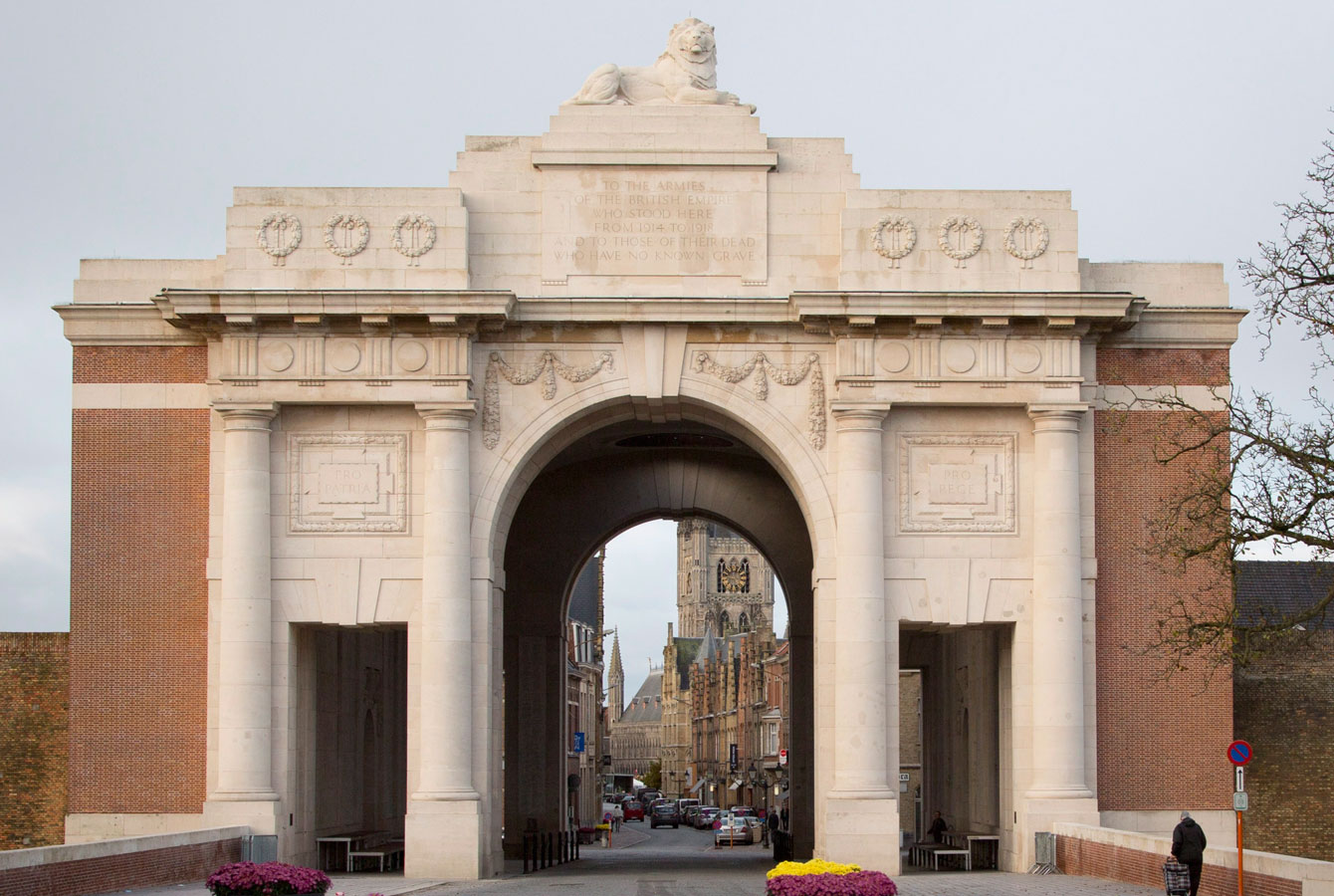 Menin Gate in Belgium where the WWI missing soldiers are immortalized.

Just two decades later, the world was at war again. The Second World War led to the cancellation of both the summer and winter Olympic Games in 1940 and 1944.

Again, there were Canadian Olympians who stepped up to serve and made the ultimate sacrifice in the name of their country:

Fencer Don Collinge was Canada’s foil and sabre champion in 1936, which earned him a place at that year’s Games in Berlin. He continued to compete until Canada entered the war and he took up active duty with the Royal Canadian Air Force. Attaining the rank of Flying Officer, he was serving as a navigator in the early morning hours of July 7, 1944 when he was killed in a flying accident.

Rower Frank Courtney may have raced in the coxless four at Los Angeles 1932, but he was also a captain with the Princess Louise Fusiliers of the Non-Permanent Active Militia. When the war began, he was transferred to the West Nova Scotia Regiment. After being promoted to major, he was sent overseas where he earned commendations for bravery but was killed in action in France on August 1944. 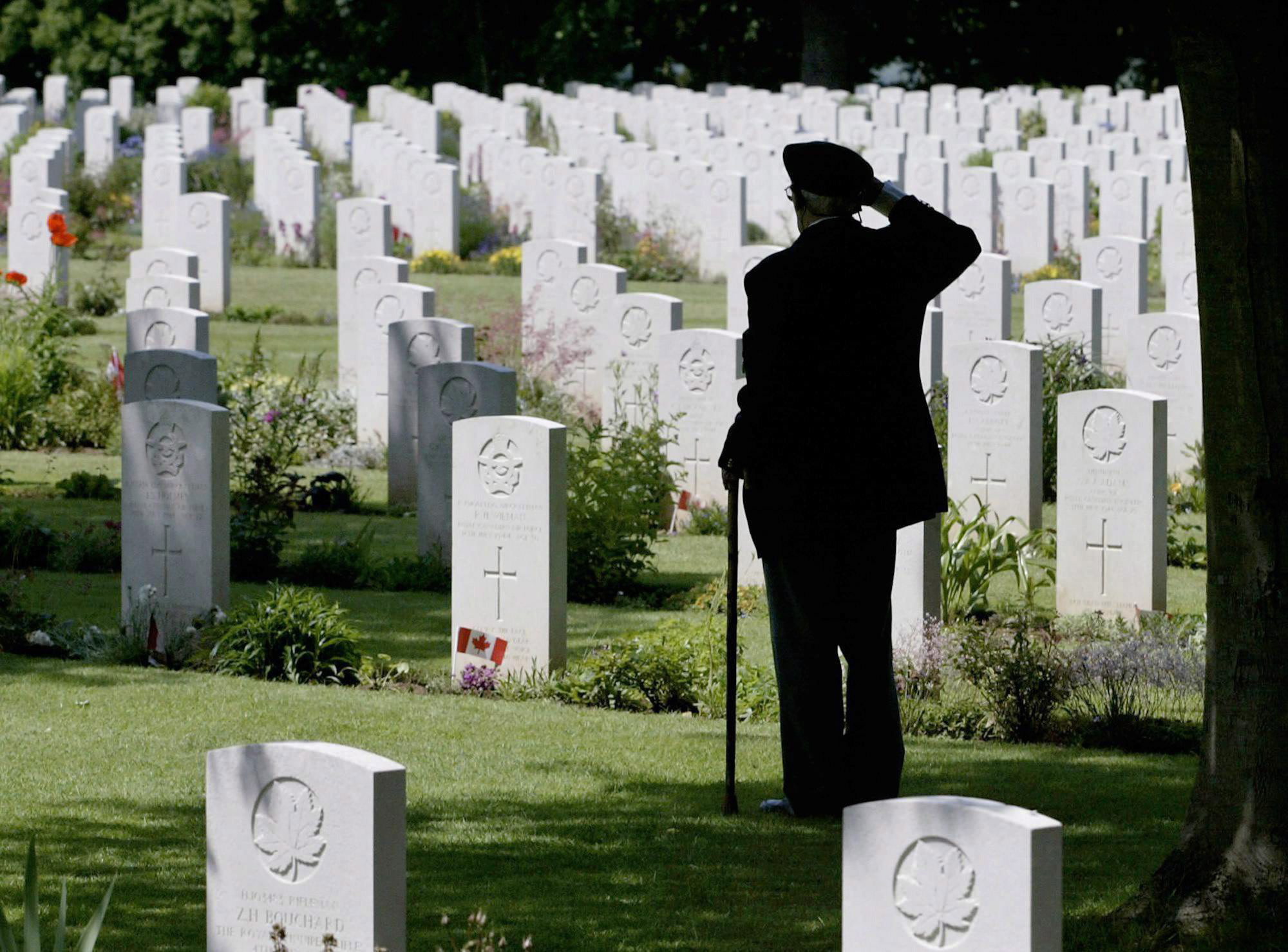 Harvey Lacelle was a bantamweight boxer at Berlin 1936. Just six years later, while serving as a Pilot Officer, he was killed in air action in Germany.

Jack Murdoch won a bronze medal as a member of the eight at the Amsterdam 1928 rowing regatta. A member of the Royal Canadian Artillery, he was killed in action in the Netherlands in October 1944.

Hugh Thompson was a middle distance runner who competed in the 1500m at Berlin 1936. He had hoped to compete at the 1938 British Empire Games, but was sidelined by a broken leg. When World War II began, he travelled to England to join the Royal Air Force. He was just 28 when he died in an airplane crash in 1942.

From 2001 to 2014, members of the Canadian Armed Forces were part of international efforts in Afghanistan to battle terrorism and establish democracy in that country.

There were 158 Canadians who lost their lives in the cause of peace and freedom, including one Olympian:

Mark Graham competed in the 4x400m relay at Barcelona 1992. After retiring from athletics, he enlisted in the Canadian Armed Forces. While serving with the 1st Battalion of the Royal Canadian Regiment, Private Graham was killed by “friendly fire” when his platoon was mistakenly attacked by an American aircraft on September 4, 2006. He was 33.

They shall grow not old, as we that are left grow old:
Age shall not weary them, nor the years condemn.
At the going down of the sun and in the morning
We will remember them.
-Robert Laurence Binyon 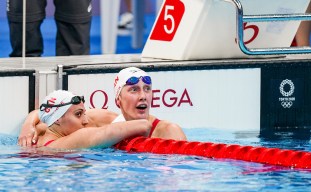