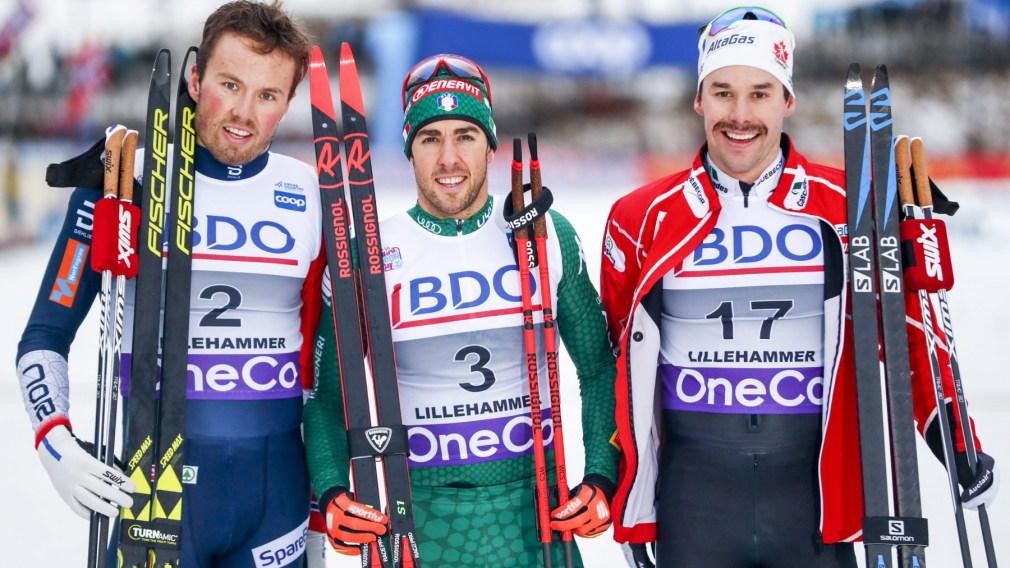 The freestyle sprint event led off the second stop of this weekend’s World Cup.

Harvey earned his first podium finish of the season by crossing the finish line in a time of 3 minutes and 19.88 seconds, just 0.6 seconds behind gold medallist Federico Pellegrino of Italy. Norwegian Emil Iverson slipped between them for the silver.

Harvey had gotten through the quarterfinals comfortably, winning his heat. The semifinals proved a little more difficult, as he finished fourth in his heat. But he was a “lucky loser” as his semifinal was by far the faster of the two heats, advancing him to the six-man final. In both the quarters and semis, Harvey used his tactic of skiing near the back of the pack before making his pursuit on the final hill.

In the final, he decided to put a new strategy into action and skied the first half of the race with the front group, though he dropped back slightly on the final hill. But once again, Harvey excelled in the stadium sprint, making a move past Sindre Skar of Norway to claim the bronze medal.

Racing continues at the Lillehammer World Cup on Saturday and Sunday with a 15km individual freestyle and a 15km classic pursuit.