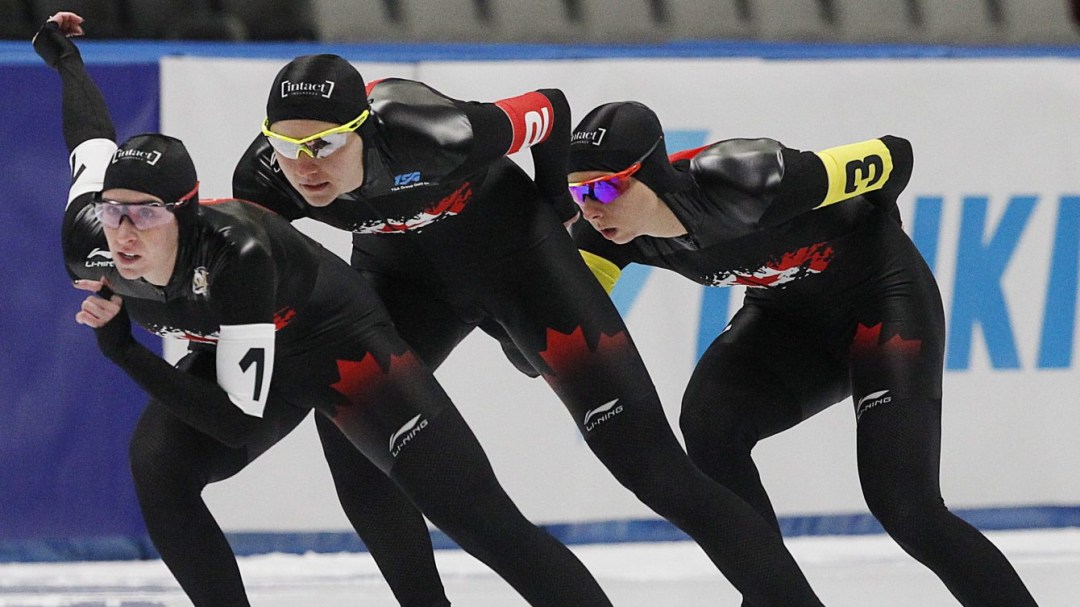 The Canadians stopped the clock at 3 minutes and 5.7 seconds to take bronze at the World Cup in Tomaszów Mazowiecki, Poland.

The Japanese recorded a third victory in as many stops on the World Cup circuit this season (and a tenth in a row) with a time three seconds faster than that of the Canadian trio, confirming that they are the women to beat this season on the circuit.

The Russians, who finished third behind the Canadians at the last World Cup, stole second place Friday with a time of 3:04.100.

Canada now sits in third place in World Cup rankings for the women’s team pursuit. The last World Cup before the holiday break will take place next weekend in Heerenveen, Netherlands.