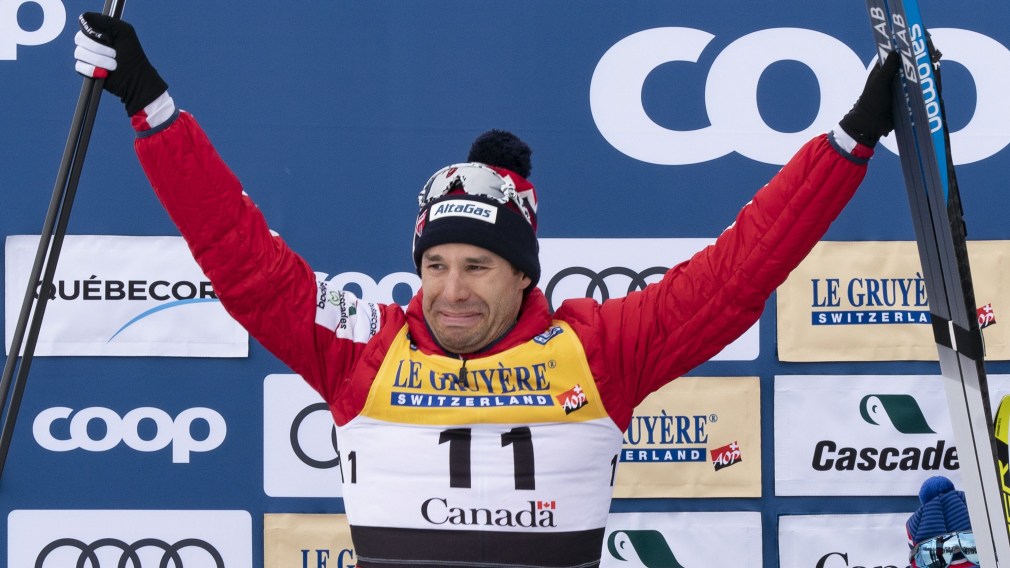 Alex Harvey capped off an incredible career on Sunday afternoon with one final podium in front of a home crowd at the Cross-Country World Cup in Quebec City. The iconic Canadian won a silver medal in his final career race in the men’s 15-kilometre freestyle pursuit.

Team Canada fans showed up by and large this weekend to watch Harvey compete in his final race on the Plains of Abraham. The three-time Olympian thanked them with not one, but two podium finishes. In addition to today’s silver, Harvey also won a silver medal in the 15km mass start race on Saturday.

READ: Alex Harvey wins silver in the last race weekend of his career

Harvey’s final race was intense to say the least.

Yesterday’s gold medallist, Johannes Hoesflot Klaebo of Norway started the race a whole 52 seconds ahead of Harvey. However, the Canadian cross-country skiing vet wasn’t willing to let that throw him. Stride by stride, Harvey was able to catch up to the highly-favoured Klaebo to battle it out for first place. But, inches behind Harvey and Klaebo was Russian Alexander Bolshunov trying to edge both of them out.

Ultimately, after a heated race, it was Klaebo that claimed the top spot on the podium. The Norwegian completed the track in 29:05.40 minutes. Meanwhile, Harvey finished just 2.8 seconds behind him to capture the silver. Bolshunov completed the podium, crossing the finish line a tenth of a second behind Harvey.

Tears of joy and relief for me today. Thanks to everyone who came up to cheer me on today, I couldn’t feel any pain in my legs because of all of you!

The Saint-Ferréol-les-Neiges native announced his retirement back in February. Harvey is leaving the sport after a legendary career with 32 World Cup medals, five World Championship podiums and two third place overall World Cup finishes to his name.