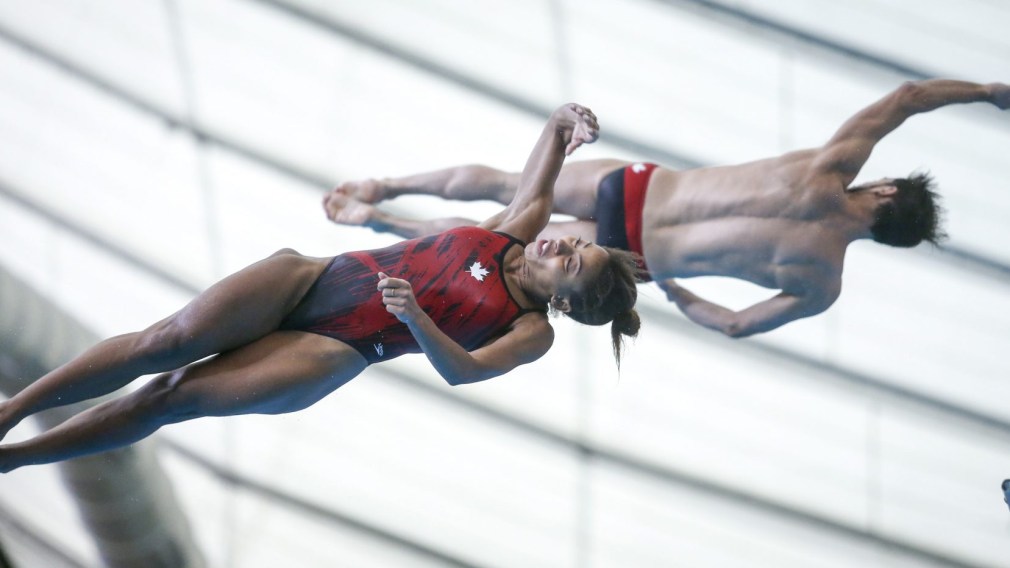 Team Canada divers finish the Diving World Series in London on a high note with silver and bronze.

Jennifer Abel was in full force Sunday as she took silver in the 3m individual at the London FINA Diving World Series. The Canadian took second place with a total score of 353.05 points for her five dives. Australia’s Maddison Keeney took top spot with 368.30 points, while bronze went to Our Dhabitah Binti Sabri of Malaysia.

Later Sunday, in a tight battle during the mixed 3m synchro, Jennifer Abel and François Imbeau-Dulac won bronze, with 319.02 points. Great Britain took gold with 322.89 points, while Australia won silver with 322.14, less than a point short of gold.

Our winners of tonight! 💙🤗💪💪👏👏👏 Last night of the #DWS19 and we're missing you guys already! 💫 #Diving pic.twitter.com/ZY6yT6trTM

This is the last stop on the circuit for 2019. On Friday, Abel alongside teammate Melissa Citrini-Beaulieu won bronze in the 3m synchro.

To Read: Abel and Citrini-Beaulieu take bronze in 3m synchro in London