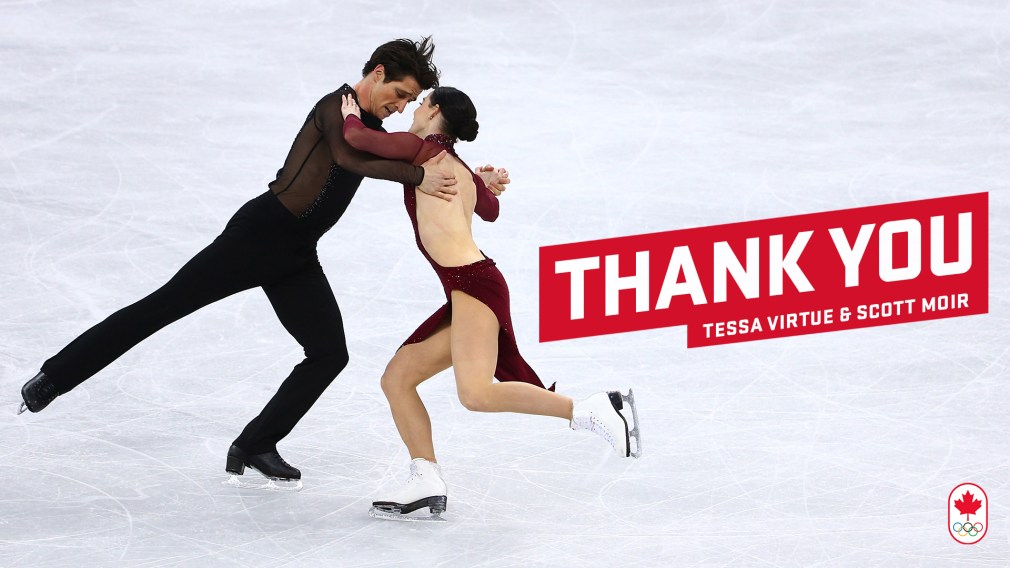 Their career lasted 22 years. 22 years of passion, emotion, talent, and perfection. Tessa Virtue and Scott Moir are among the best ice dancers of all time. Let’s relive the greatest moments in this iconic duo’s career, who will forever be legendary. 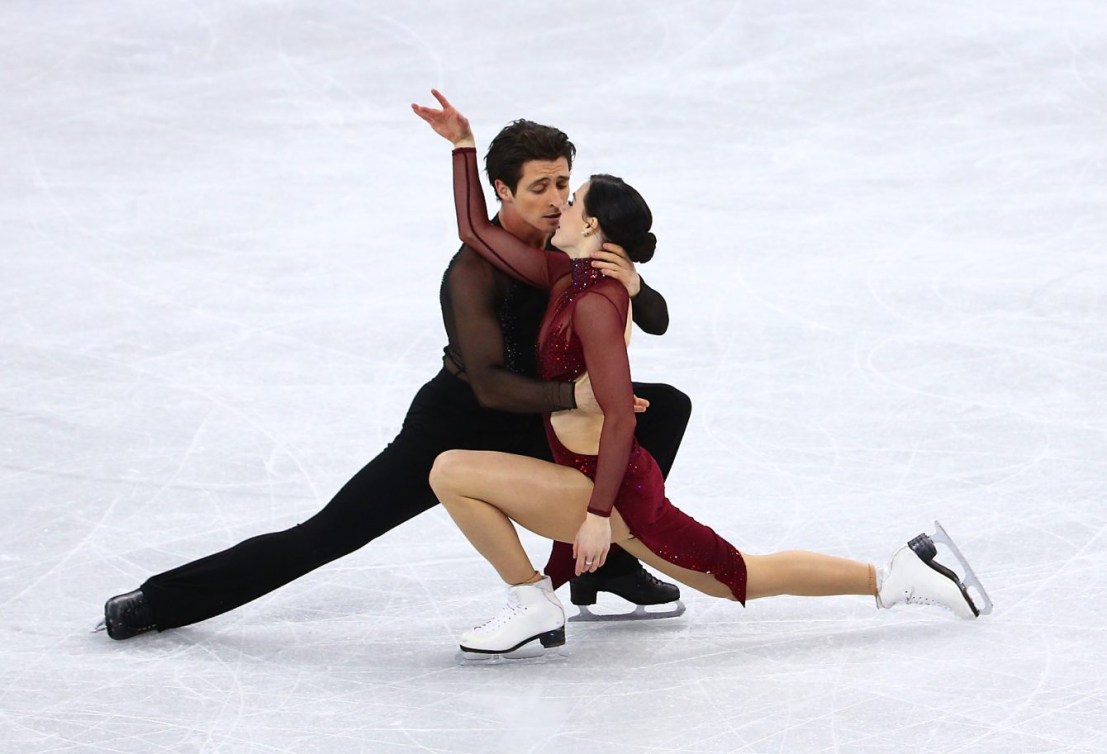 Tessa and Scott skated in the same club from a very young age (Tessa at age 6, and Scott at 3), but individually at first. When she was 8-years-old and he was 10, they started their career together. Who would have believed then that they would become world record holders for the short and long dances and combined scores?

In 1998, they participated together in their first competition, and a year later, in January 1999, they obtained their first victory in the provincial competition final in Woodstock, Ontario.

Things then started to escalate.

Into the major leagues 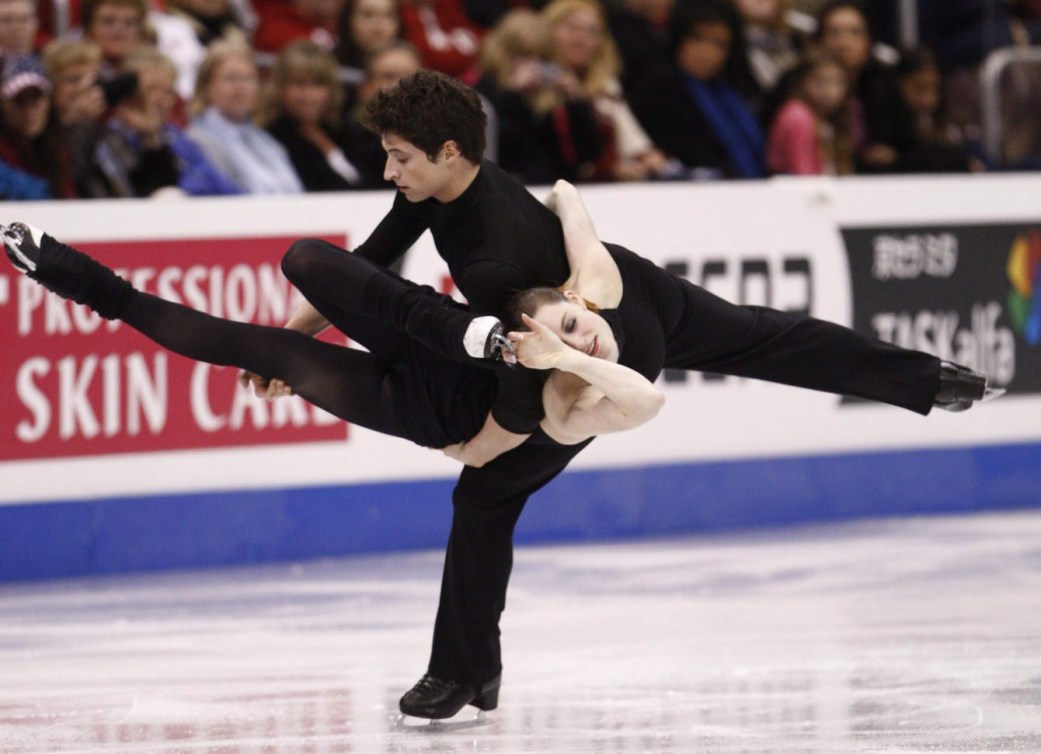 In 2004, the duo won the national junior competitions in Edmonton, Alberta. Then in 2006, Virtue and Moir became the first Canadian junior ice dance world champions.

While in their second year as international seniors in 2008, they won their first World Championship medal. 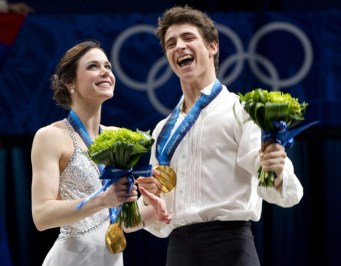 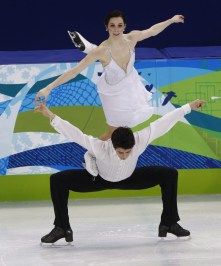 Team Canada’s Tessa Virtue and Scott Moir perform their free dance in the ice dance competition Monday February 22, 2010 at the 2010 Vancouver Olympic Winter Games in Vancouver. Virtue and Moir won the gold medal in the competition. THE CANADIAN PRESS/Robert Skinner 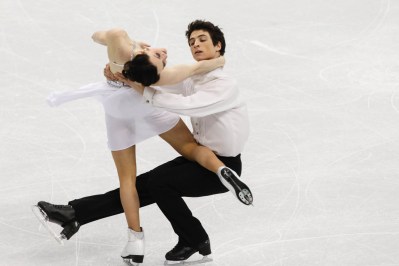 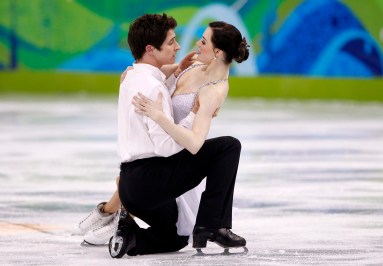 For their first Olympic Games (and at home, on top of that!), where they arrived as gold medal hopefuls, Tessa and Scott did not disappoint. Not only did they make it to the podium, they climbed to the top of it. It was a historic moment: they were the first North American duo – and the youngest, at age 20 and 22 – to win Olympic gold in ice dance. The Europeans had dominated the discipline since its introduction to the Olympic program in 1976.

This victory was all the more impressive since Tessa was still struggling with pain in her legs, a pain that made walking, even for a short time, difficult. The duo began their Olympic competition with a second place finish in the compulsory dance, but brought the house down with their Flamenco-inspired original dance. 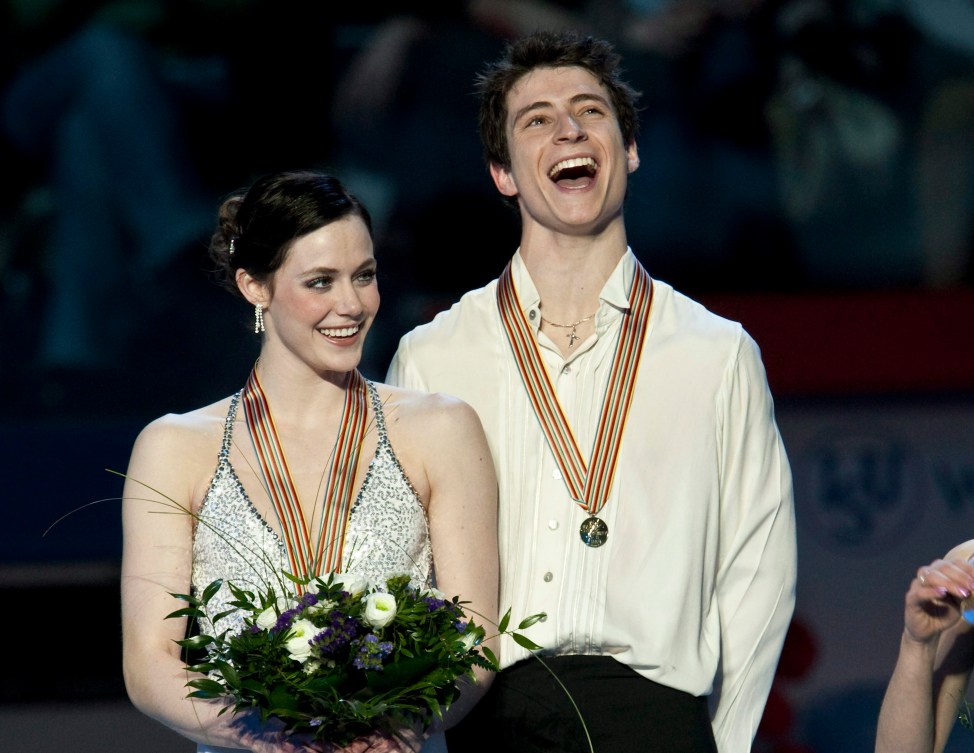 One month after their first Olympic Games, Tessa and Scott won their first world title. They then got their hands on two more world titles, in 2012, then the last one in 2017 (in their come-back season; read below), where their victory in the final allowed them to wrap up a perfect season. 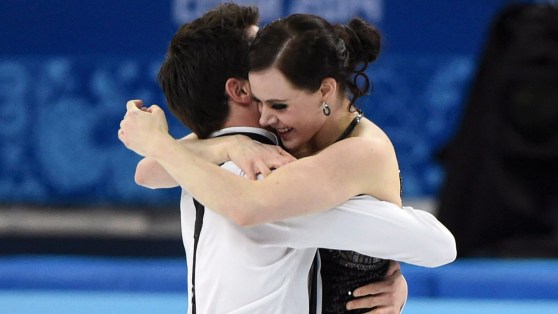 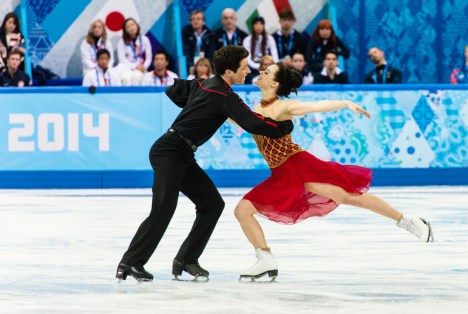 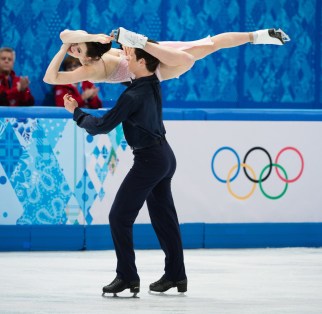 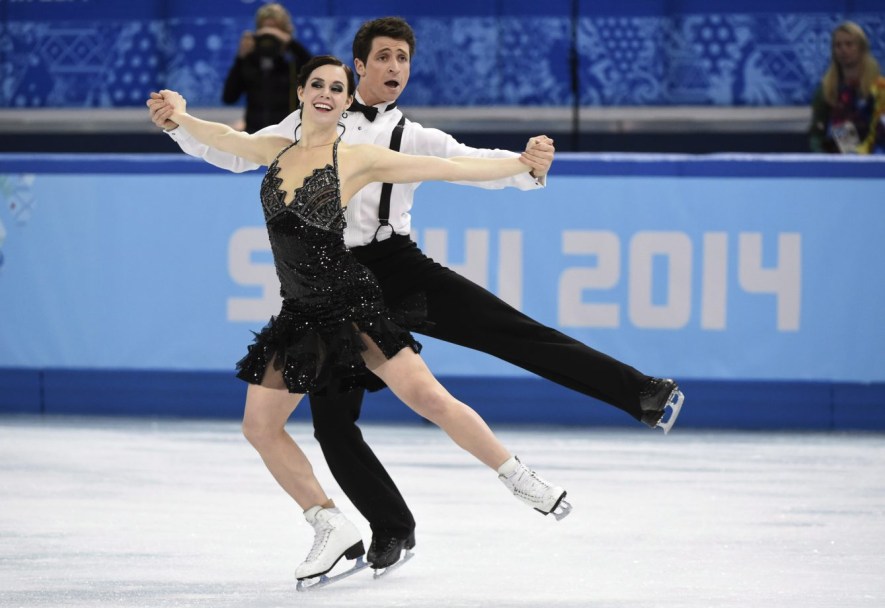 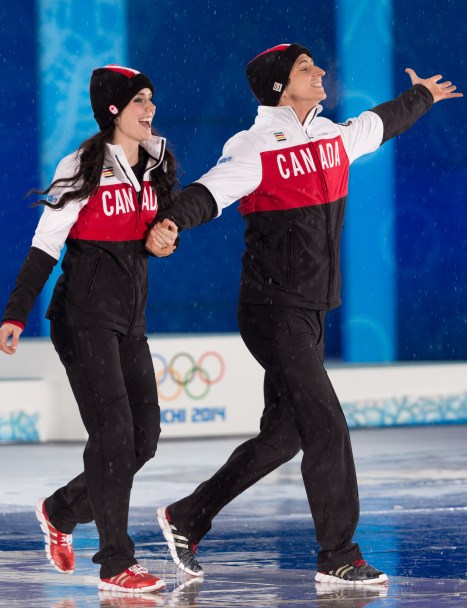 Tessa and Scott went to Russia to defend their Olympic title. Unfortunately, they were beaten by Americans Davis Meryl and Charlie White in their quest for gold. However, they can boast of a double silver, thanks to the second place Canada won in the new team event.

After their performance, Moir went to kiss the Olympic rings as a farewell. Virtue and Moir did not announce their retirement, only that they were withdrawing from the competition for the next season. In the end, this break lasted two seasons. 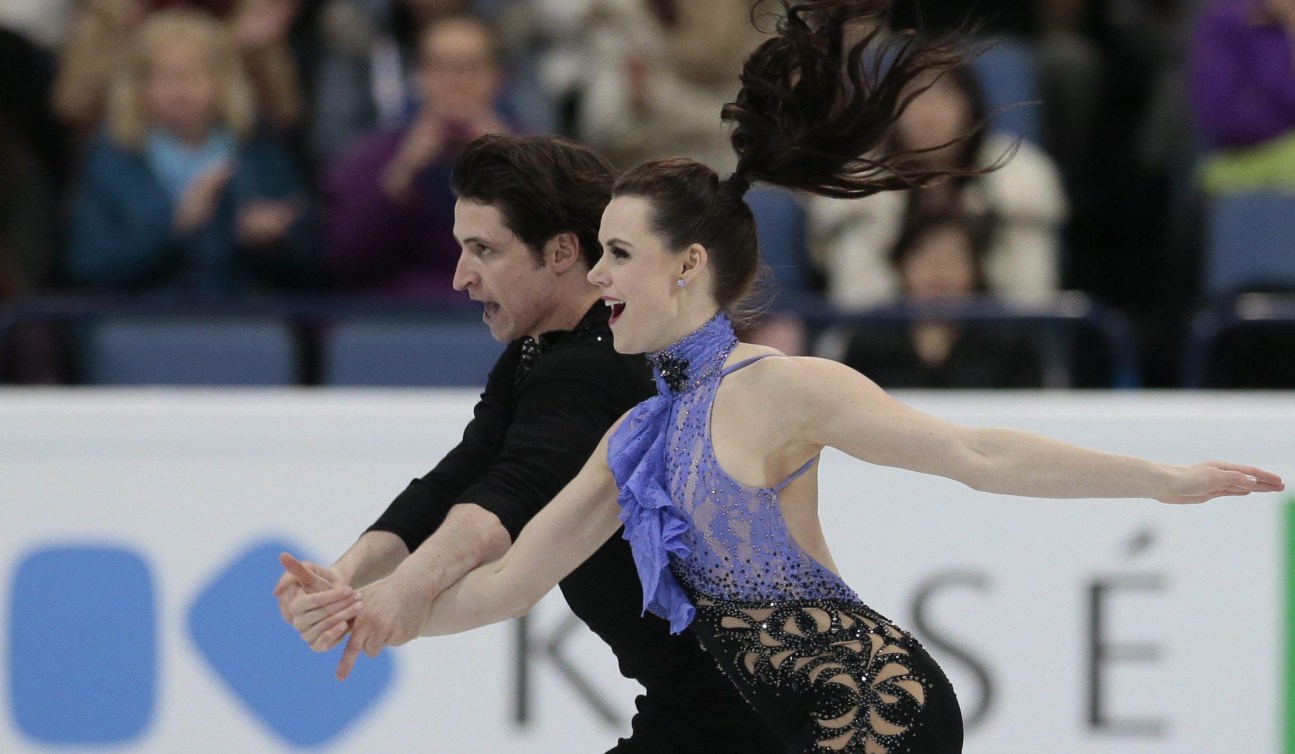 After a two-and-a-half year break, Virtue and Moir announced in 2016 they were coming back to competition, with the PyeongChang 2018 Olympic gold medal in their sight. The duo would now train full time in Montreal, with coaches Marie-France Dubreuil and Patrice Lauzon.

They had one of their best seasons in 2016-17, setting new personal and world records and accumulating titles. Among those, they won the World Figure Skating Championships for the third time. 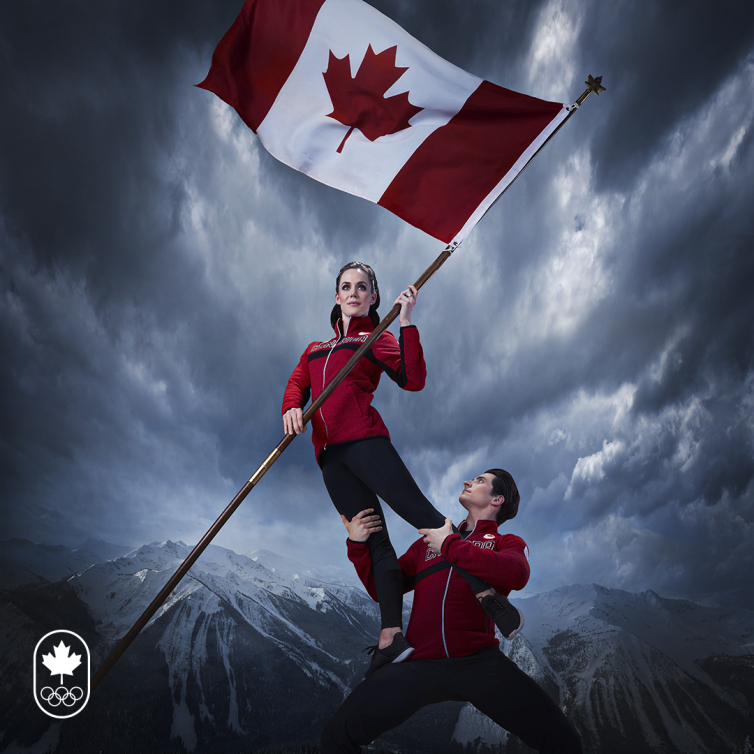 Tessa and Scott were named flag bearers of the PyeongChang 2018 Opening Ceremony. This was the first time Canada had two flag bearers at the Ceremony, and they rose amazingly to the challenge.

The duo was also chosen because of their role in advancing ice dance both technically and artistically. They arrived on the senior international scene just as figure skating’s scoring system changed and quickly became known for their intricate footwork and innovative lifts as they rocketed up the world rankings. 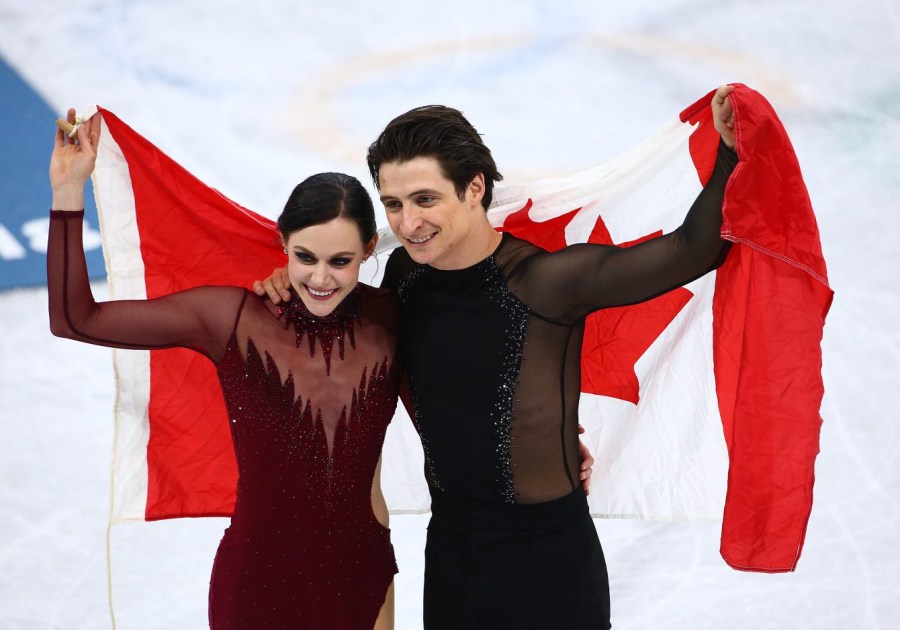 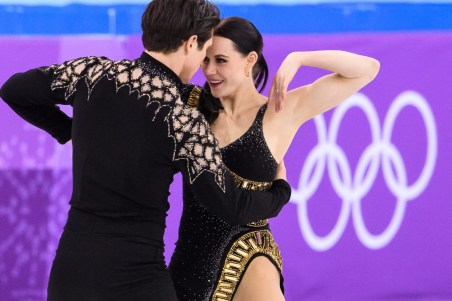 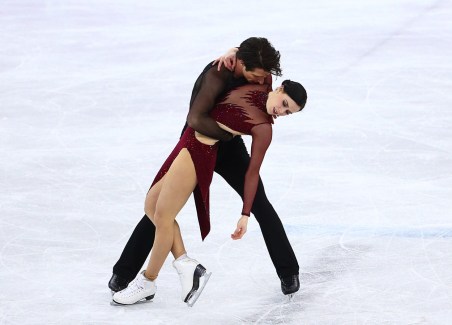 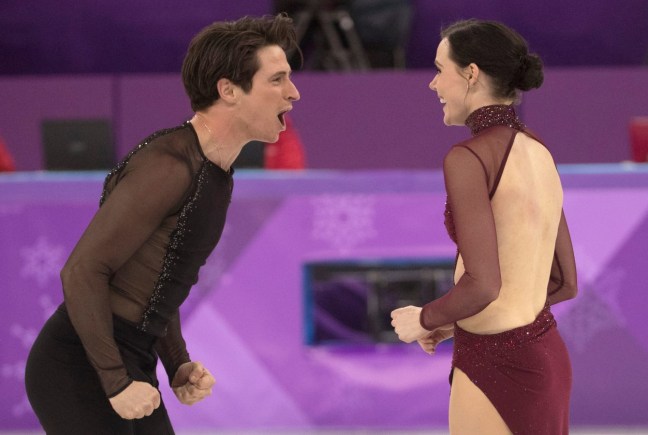 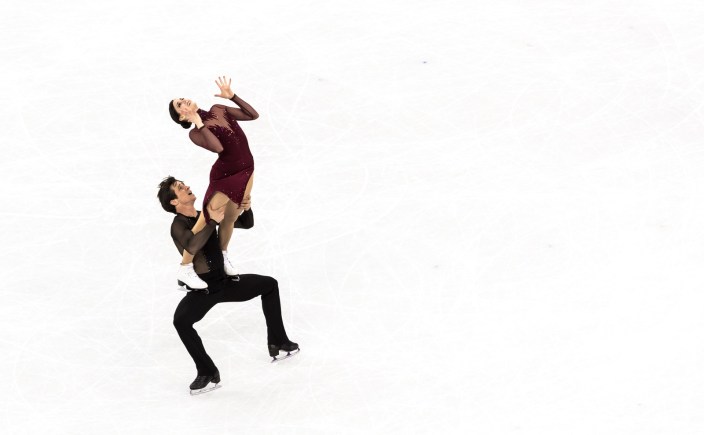 We still aren’t tired of watching their free program on the Moulin Rouge soundtrack, how about you? This routine, an instant classic, will stay in our heads for the rest of figure skating history. Before they even hit the ice, the whole world knew it was their last Olympic performance, which made it all the more exciting.

The competition itself kept us on the edge of our seat: after the short program and Papadakis and Cizeron’s free program, Virtue and Moir absolutely had to perform a perfect routine to win gold. You already know what happened next: they danced like never before, lit up the PyeongChang arena, and took home the gold medal.

This victory allowed them to be crowned most decorated figure skaters Olympic history, with five medals (let’s not forget they also won gold in the team event in PyeongChang), and to be tied with three other figure skaters who have won three Olympic titles.

Come on, have fun and watch this piece of anthology one more time: 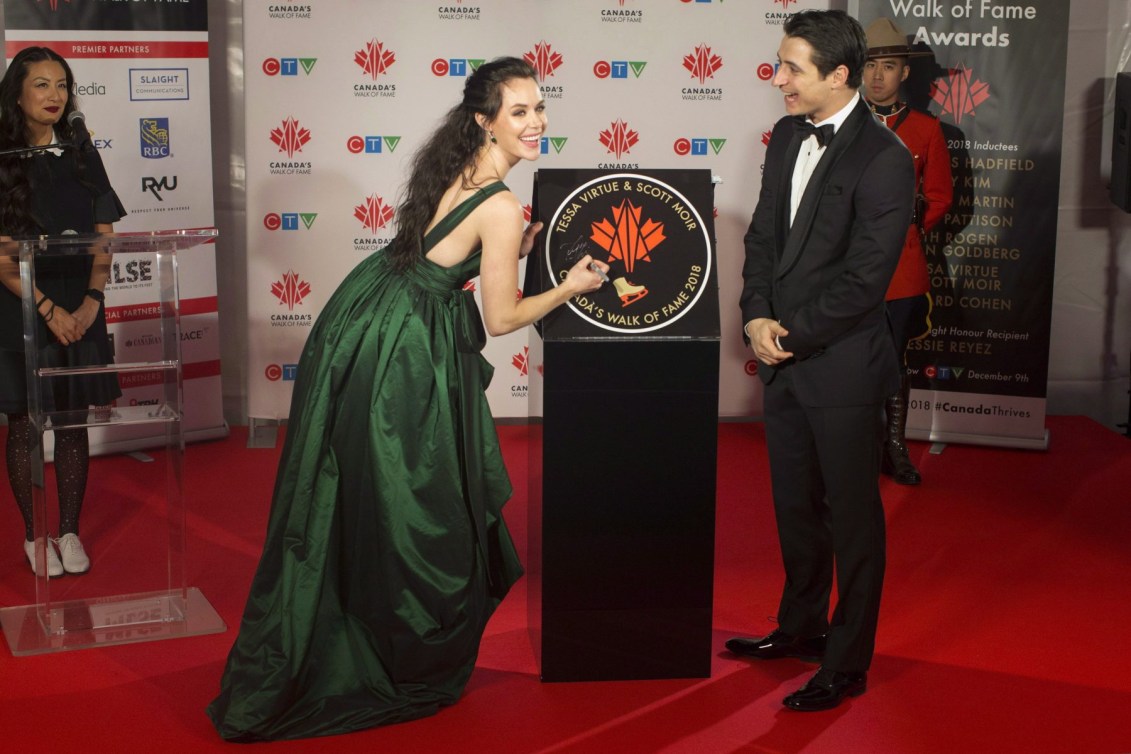 Figure skaters Tessa Virtue and Scott Moir sign their star as they are inducted into the 2018 Canada Walk of Fame during a press red carpet event in Toronto on Saturday December 1, 2018.THE CANADIAN PRESS/Chris Young

On December 1, 2018, Tessa and Scott were officially inducted into the 2018 Canada Walk of Fame.

Members of the public can nominate Canadians for induction who have made an impact on Canadian heritage, have at least 10 years experience in their field with an established body of work, and represent the essence of what it means to be Canadian.

Virtue and Moir more than fill that criteria.

On September 17, Tessa and Scott announced their retirement on social media with a personal and emotional video showing their career highlights. If this retirement was widely anticipated by the fans and the sports world, it still represents the end of an era for Canadian – and international – figure skating. Virtue and Moir will continue to perform for several more months during their Rock the Rink skating show tour.

And Canadians will never forget them.