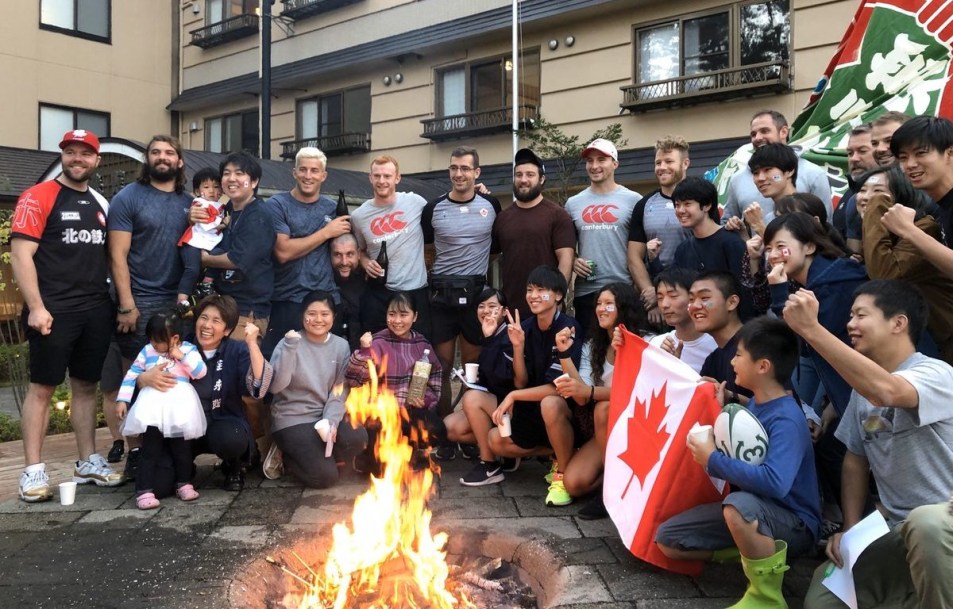 We all know Canadians have a reputation for being extremely polite (sorry, not sorry!), eh?

Keep reading to see some of the moments when Canadians have made us incredibly proud on a national and international stage.

A Hockey Hall of Famer and five-time Olympic medallist with Team Canada, Hayley Wickenheiser was in her final year of medical school when the COVID-19 pandemic hit in March 2020. Even if she couldn’t practice as a doctor, the Canadian legend used her voice and popularity (and that of Ryan Reynolds) to help support frontline workers with her Conquer COVID-19 project and PPE drive. 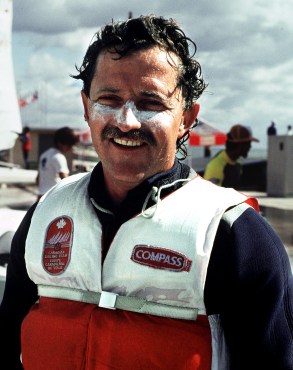 Lawrence Lemieux, a sailor from Edmonton, will always be remembered for his selfless act at the Seoul 1988 where he showed the world that some things are more important than winning. Lemieux was competing in the Finn race when the wind became very rough, blowing 35 knots, and the waves rose up to four metres. Lemieux noticed Team Singapore’s boat capsize which had two sailors on it; one of the sailors was holding on to the boat while the other was being carried away by the strong current. Lemieux was in second place when he went to save the two sailors, ultimately giving up his chance at winning a medal to help two opponents. Lemieux was given a Pierre de Coubertin medal and awarded honourary second place for his heroic act. 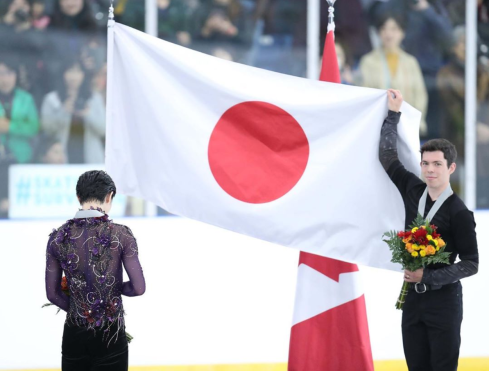 In September 2019, at the Autumn Classic International in Oakville, Keegan Messing did more than just skate to silver. During the podium ceremony, while the Japanese anthem was playing for gold medallist Yuzuru Hanyu, Messing noticed that there was no Japanese flag out. Messing then unfurled the Japanese flag which was behind the podium and held it up for Hanyu to face until the end of the national anthem. Messing left rivalry and competitiveness behind to help an opponent celebrate his victory – the ultimate embodiment of Canadian values.

Not the ending we all expected, but what a moment for these two. ❤️🎾🏆

You know you’re doing something right when tennis legend Serena Williams recognizes your kindness. After only four games at the 2019 Rogers Cup Final, Serena was unable to continue playing due to injury. As soon as Bianca was told about the injury she rushed to Serena’s side and began comforting her. Bianca just became the first Canadian in 50 years to win the Rogers Cup and instead of celebrating she tried to make her opponent feel better. 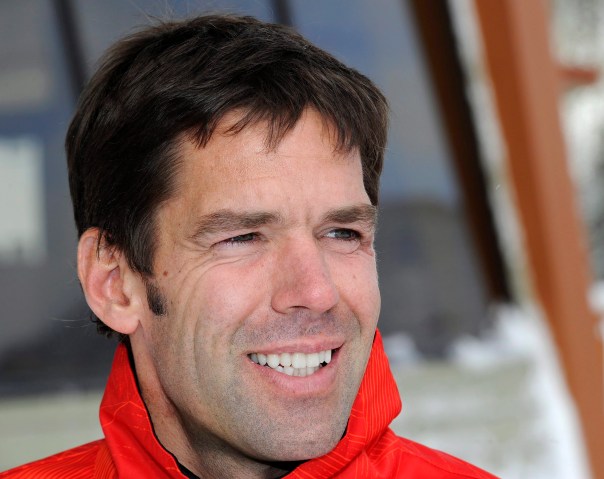 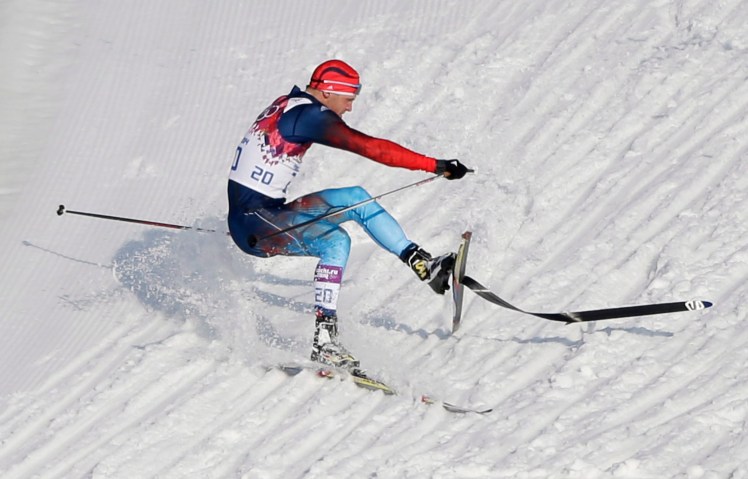 Russia’s Anton Gafarov falls with a broken ski during his men’s semifinal of the cross-country sprint at the 2014 Winter Olympics, Tuesday, Feb. 11, 2014, in Krasnaya Polyana, Russia. (AP Photo/Matthias Schrader)

Cross-country ski coach Justin Wadsworth showed the world the kindness of Canadians at Sochi 2014. While watching the men’s cross-country ski race, he saw that Russian Anton Gafarov had broken a ski and was unable to continue skiing. Wadsworth grabbed one of the spare skis he had for his own team and rushed to Gafarov’s side. Wadsworth removed Gafarov’s broken ski off and put on the new one to allow him to finish the race. Due to a language barrier they were both unable to exchange words, but the power of kindness spoke for itself.

Genie Bouchard helps fan in need of an hearing aid 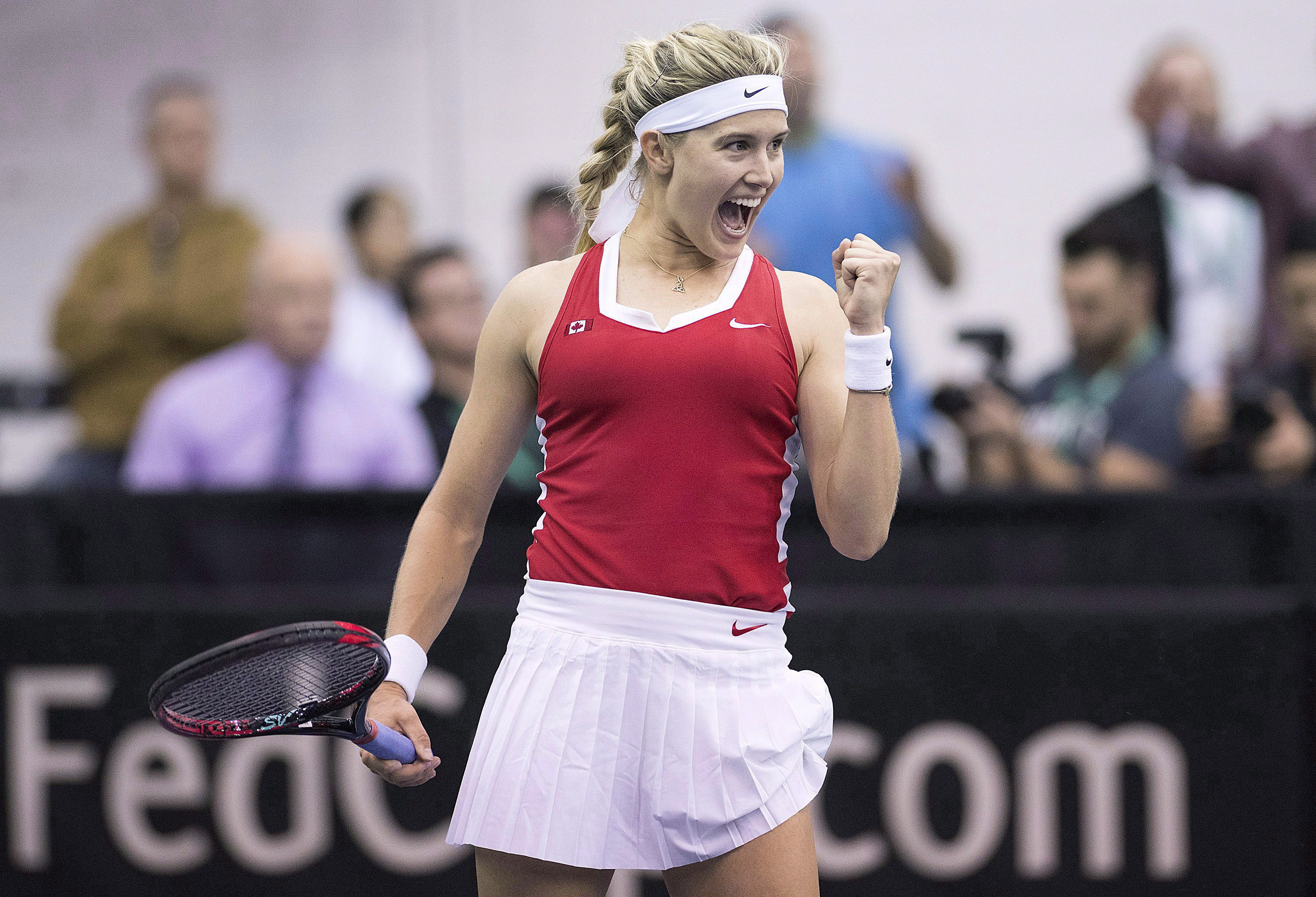 Sincere moments of kindness would melt just about anyone’s heart, even during a cold Canadian winter. In the summer of 2020, tennis star Eugenie Bouchard caused a heartwarming chain of reactions on social media when she got wind of a fan willing to sell her Genie Bouchard prize package to raise money for new hearing aids.

Not wanting the fan to sell her prize, Bouchard offered to pay for the hearing aids herself. A Mississauga-based company then went one step further, tweeting to the fan that they would be happy to provide new hearing aids free of charge. Bouchard later remarked that she would still send the fan something in addition to the hearing aids, creating the perfect happy ending.

RELATED: 10 Team Canada Athletes Who Made Us Proud and Gave Us Hope in 2020

Following the cancellation of their match in Kamaishi, @RugbyCanada players headed out to help with recovery efforts, showing the true values of the game.

Amazing scenes and brilliant to see from the team. #RWC2019 pic.twitter.com/jdXQlyD2ZM

While Canada’s rugby team was all set to play Namibia in Kamaishi, Japan, during the Rugby World Cup in October 2019, they found out that their match had been cancelled due to the threat of Typhoon Hagibis. In true Canadian spirit, instead of staying in and relaxing, the team chose to go out to areas that had been affected by the typhoon and help locals clean up the mess. Some team members were removing mud from the streets while others went into homes that had four to five feet of water inside, to help clean. 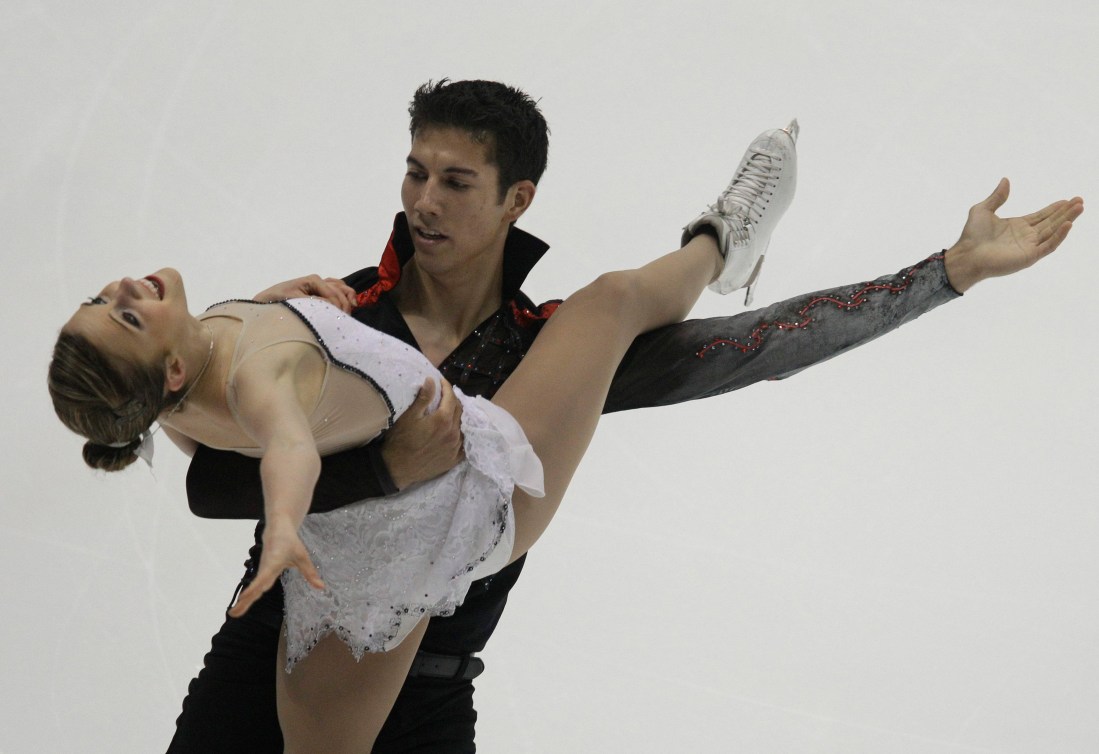 At the 2011 Four Continents Figure Skating Championship, Rudi Swiegers lent a helping hand – or in this case, his skates – to American skater Mark Ladwig. Swiegers had already finished performing and was watching Ladwig perform when his skate broke during the program. The rule is that skaters have three minutes to get back to skating in these types of incidents, otherwise they will be disqualified. Swiegers immediately knew what the right thing to do was. Having trained with Ladwig before, he knew they both wore size 9 skates. Swiegers went down to ice level and gave Ladwig his skate so that he was able to finish his program. 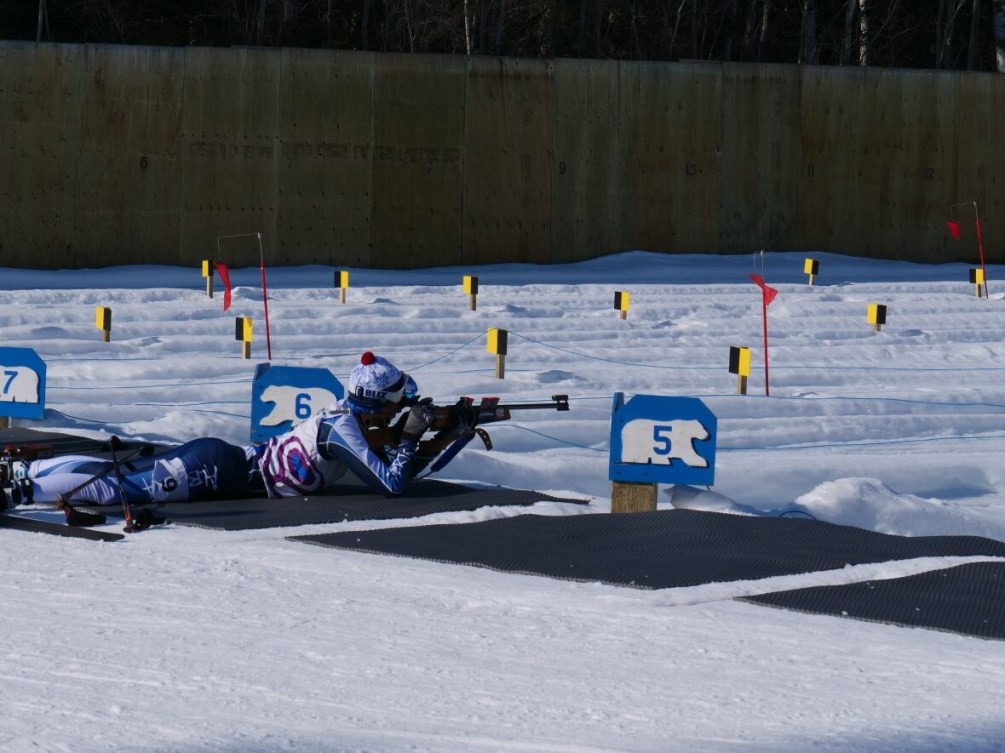 A team Yamal biathlete concentrates on their target in Hay River. Team Yamal’s participation in the shooting events was in doubt after the athletes’ rifles were confiscated crossing the border, but locals stepped up to provide replacements for competition. (Philippe Morin/CBC)

True Canadian hospitality was shown at the 2018 Arctic Winter Games in the Northwest Territories. When the Russian biathletes from the Yamal peninsula were unable to bring their guns out of Russia, Canadians from Hay River and Fort Smith gathered 16 rifles overnight for the athletes. The Canadians’ generosity allowed the Russian athletes to not only be able to compete in the Games, but also helped them brought home several gold and silver ulus thanks to the kindness of Canadians.

Gilmore Junio gives up his spot 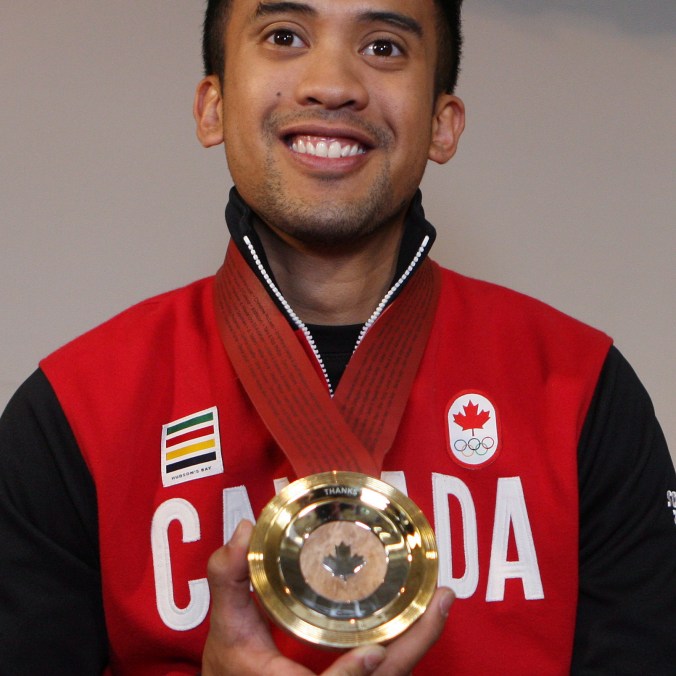 Gilmore Junio poses with his medal at King Edward School after he was presented with a commemorative crowdsourced Medal of Thanks in Kitchener, Ont., Wednesday, May 14, 2014. THE CANADIAN PRESS/Dave Chidley 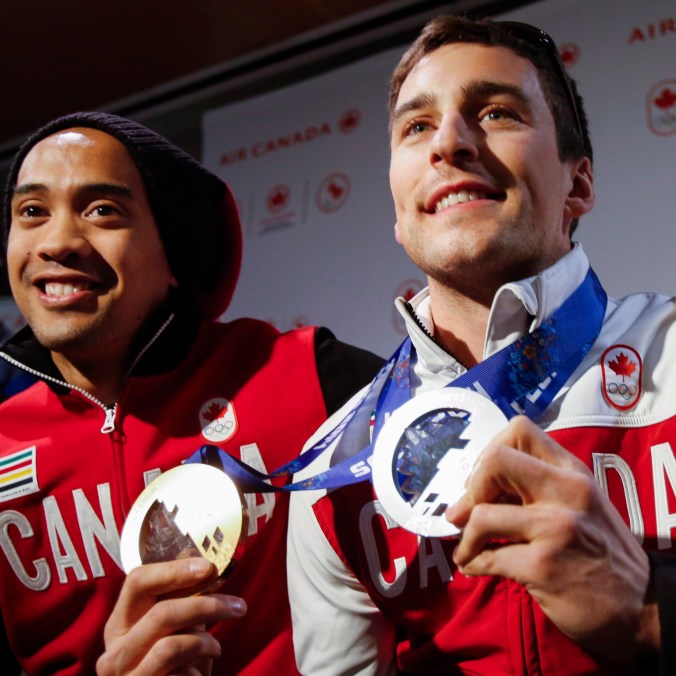 Gilmore Junio melted the hearts of Canadians at Sochi 2014 when he gave up his spot in the 1000m speed-skating race to fellow teammate Denny Morrison. Morrison fell during the national trials which ruined his chance at qualifying for the 1000m. Junio was better at the 500m and he realized that Morrison, a two-time world champion, would have a better shot at winning a medal for Canada in the 1000m. Junio’s selfless act paid off as Morrison ended up winning silver. To honour his noble gesture, Canadians donated $7,000 for Junio to receive his own commemorative medal.