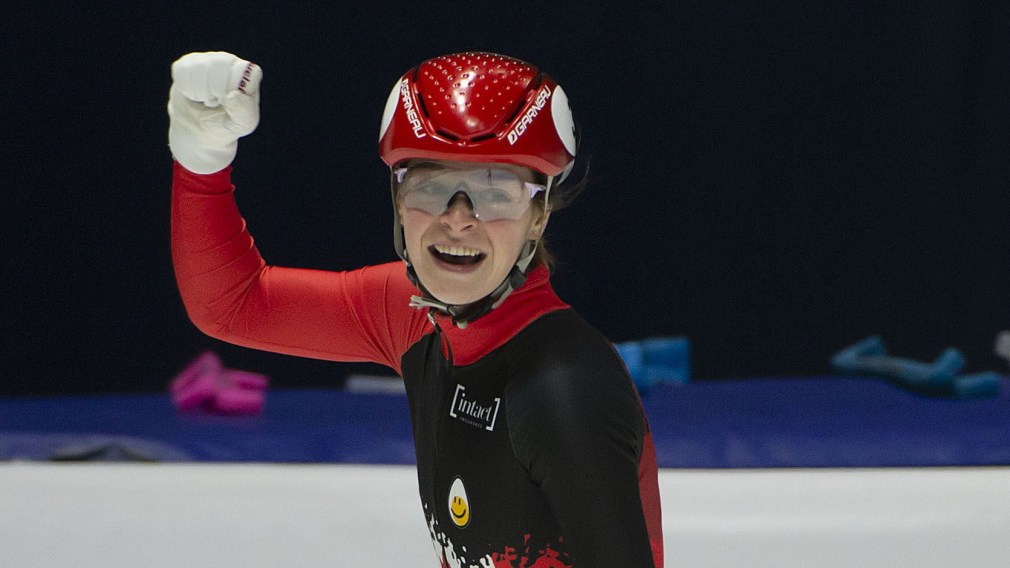 From winning five short track medals in Montreal to beating USA in hockey, Team Canada came out on top this weekend.

Keep reading to catch up on everything you missed: 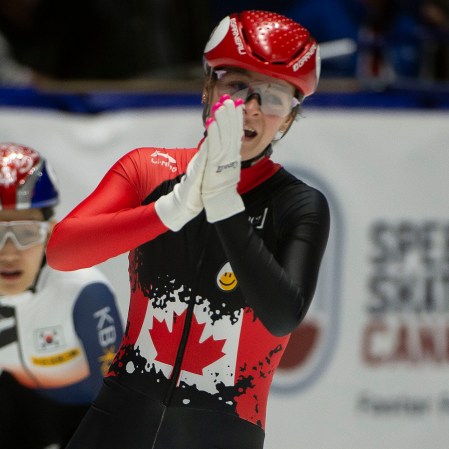 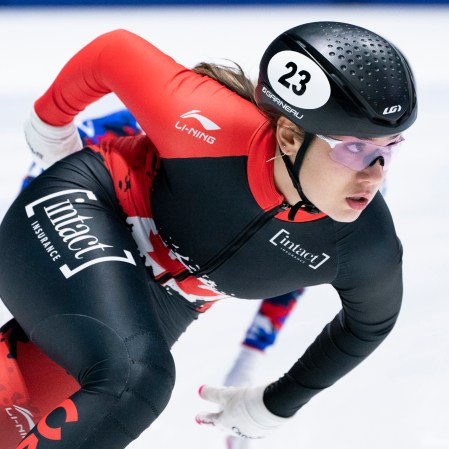 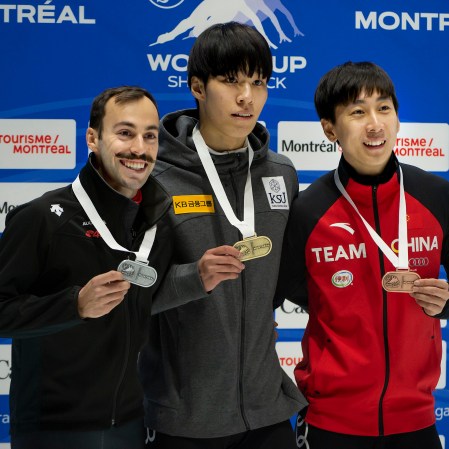 Courtney Lee Sarault also made it to the podium by claiming silver in the 1000m with a time of 1:30.959. The two medalists then joined Danae Blais, Claudia Gagnon, and Alyson Charles in the 3000m relay, where they finished with a time of 4:09.513 to capture the bronze medal.

Over on the men’s side, Steven Dubois won the silver medal in the 1000m race, crossing the finish line with a time of 1:26.739. This was Dubois’ first World Cup medal of the season.

Canada collected two bronze medals at the Grand Prix of China this weekend. Nikolaj Sorenson and Laurence Fournier Beaudry scored a total of 190.74 points to claim the bronze medal in the free dance program. The pair previously won bronze at Skate America in Las Vegas in mid-October. The newest Canadian pairs duo, Lubov Ilyushechkina and Charlie Bilodeau, finished in third place with a score of 190.73 to win their first Grand Prix medal. They also won bronze at the Finlandia Trophy in October.

The next stop on the Grand Prix circuit will be next weekend in Moscow, Russia.

GAME OVER! 🇨🇦 holds off a late comeback attempt to down 🇺🇸 5-3 and finish the two-game sweep.

Team Canada’s women’s team faced off against USA in a two-game exhibition series in Cranberry Township, Pennsylvania. In the first game on Friday, the Canadians defeated the Americans 4-1, with goals from Victoria Bach (2), Sarah Fillier and Marie-Philip Poulin. In the second match on Sunday, Canada came out on top once again, beating the Americans 5-3 in front of a sold-out crowd. Emily Clark scored a hat-trick while Mélodie Daoust and Natalie Spooner scored one goal each.

Ending our 2019 international season on a good note. Next up: the Concacaf Olympic Qualifiers in January! 🙌🍁 #CANWNT

Canada’s next match will be against Saint Kitts and Nevis on January 29th at the CONCACAF Women’s Olympic Qualifying Tournament.

Maggie MacNeil and Kylie Masse both swam their way to victory at the Pro Swim Series opening event in Greensboro, North Carolina. MacNeil topped the 100m butterfly race in a record time of 57.64 seconds – the world’s fastest finish this season. Masse swam the women’s 100m backstroke in a speedy time of 59.88 seconds, securing her first-place finish in the event.