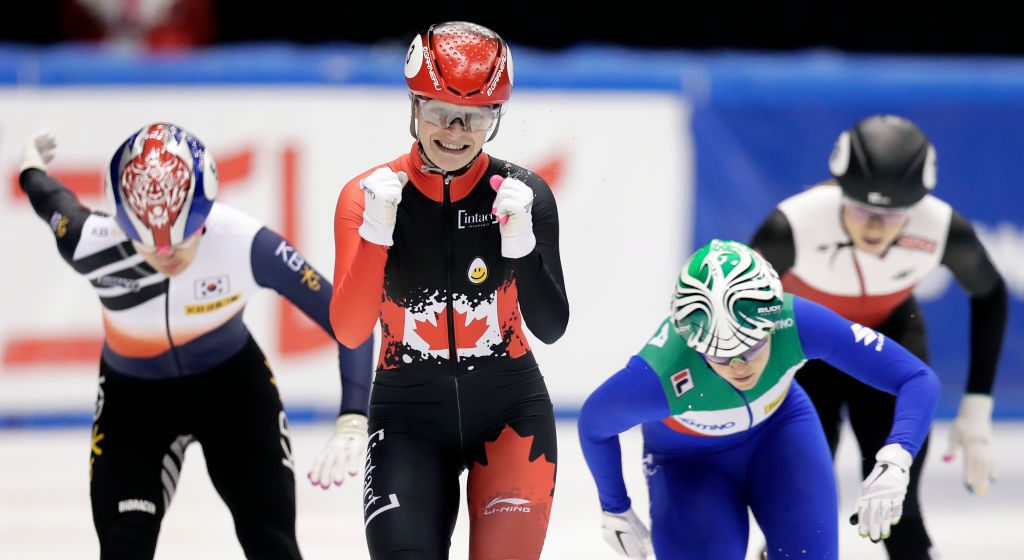 👌A perfect race from Kim Boutin 🇨🇦 as she cruises to 🥇 ahead of Arianna Fontana 🇮🇹 and Kim Ji Yoo 🇰🇷 in the Ladies’ 500m!

Boutin was in control of the race in Nagoya finishing with a time of 43.374 seconds. The Canadian left Arianna Fontana of Italy (43.428) and Korea’s Kim Ji Yoo (43.604) to fight it out for silver and bronze respectfully.

The first medal of the day for Canada was in the women’s 1500m (2). Courtney Sarault won the silver medal with a time of two minutes 30.976 seconds. She led the race for a good stretch, but was eventually overtaken by Suzanne Schulting of the Netherlands (2:30.906). Han Yu Tong of China rounded out the podium with bronze (2:31.051).

The final medal of the Nagoya World Cup for Canadian women was achieved in the 3000m relay. The team consisting of Boutin, Sarault, Alyson Charles, and Danaé Blais won silver in a very tight finish. Italy (4:12.681) won gold exactly 1/10 of a second ahead of Canada (4:12.781). Russia crossed the finish line with bronze and a time of 4:15.265.

The next stop on the short track circuit is Shanghai, China next weekend from December 6-8.