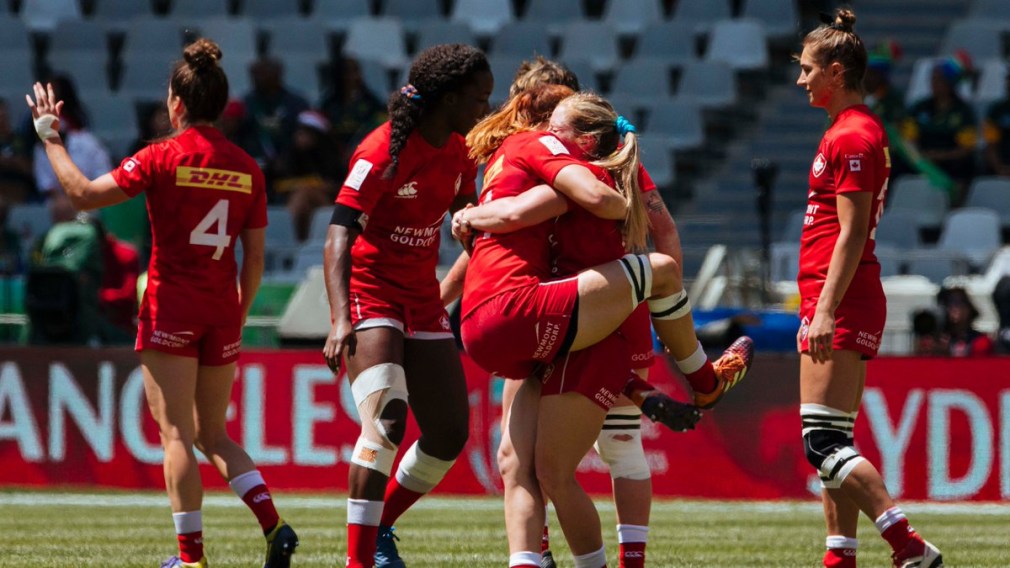 It may have taken some extra time, but Canada secured a 22-17 overtime win over France to win the bronze medal. The final try was scored by Julia Greenshields in the extra frame.

The match began with a quick try for Canada in the opening minute of play. Bianca Farella scored to give Canada the early lead. France struck back, scoring three consecutive tries. Kaili Lukan responded with a try for Canada.

Trailing by five with under a minute remaining in regulation play, a yellow card was awarded to France’s Joanna Grisez for a tackle by the hair involving Charity Williams. France was reduced to six players and Farella struck her second try of the match to push Canada into overtime.

Canada with some late heroics to send the match to overtime!

The Canadian advantage carried into extra time, where Brittany Benn made a thundering tackle, followed by a steal and off load to Greenshields for the final game-ending try.

Canadian women capture bronze at Cape Town Sevens
What are the differences between baseball and softball?
Alyson Charles: Representation & resilience crucial to Olympic journey
Shuttlecock and balls: The fastest moving objects in sport
Adventure, culture and food: 9 things Peru is famous for
What is the difference between racquetball and squash?