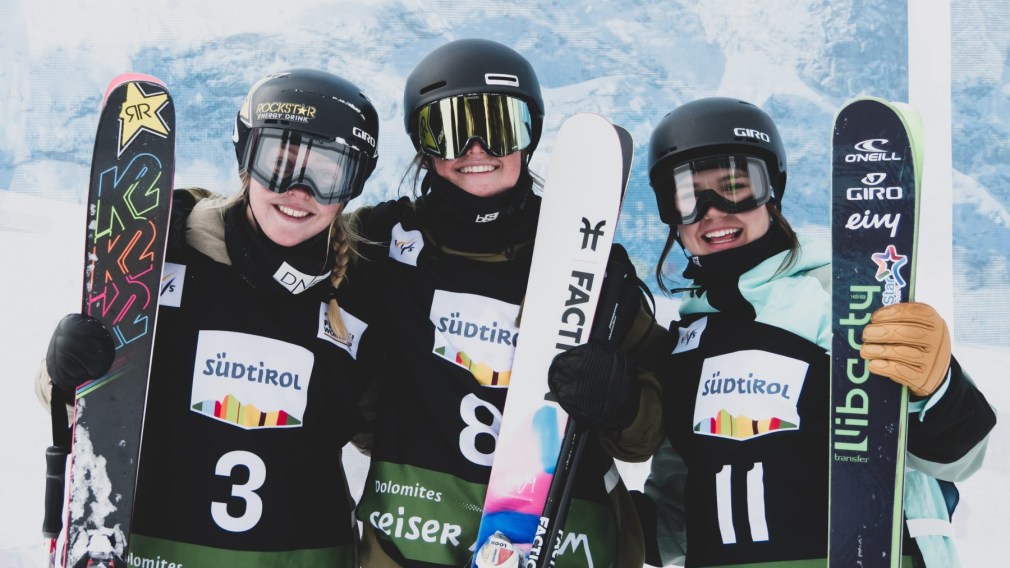 Elena Gaskell, the 18-year-old big air specialist, posted a score of 79.68 on her second run to capture the first slopestyle World Cup podium of her career.

This is the second FIS Freeski Slopestyle World Cup competition of the season as it hit Italy’s Seiser Alm resort on Saturday.

.@usskiteam’s Caroline Claire stepped it up big in run two, putting down a score of 86.13 to take today’s women’s slopestyle World Cup win in @seiseralm!

Caroline Claire of the USA topped the podium with 86.13 points, while Johanne Killi of Norway claimed silver with 81.30 points.

Previously Gaskell has captured two World Cup medals, gold and bronze, in the big air competition in the 2018-19 season.

The next stop on the freeski slopestyle world circuit is in Mammoth Mountain Resort, USA from January 29 – 31.

Elena Gaskell captures slopestyle bronze at World Cup in Italy
What are the differences between baseball and softball?
Where are They Now? Alexandre Despatie
Canada locks up men’s Olympic curling berth for Beijing 2022
Shuttlecock and balls: The fastest moving objects in sport
What is the difference between racquetball and squash?