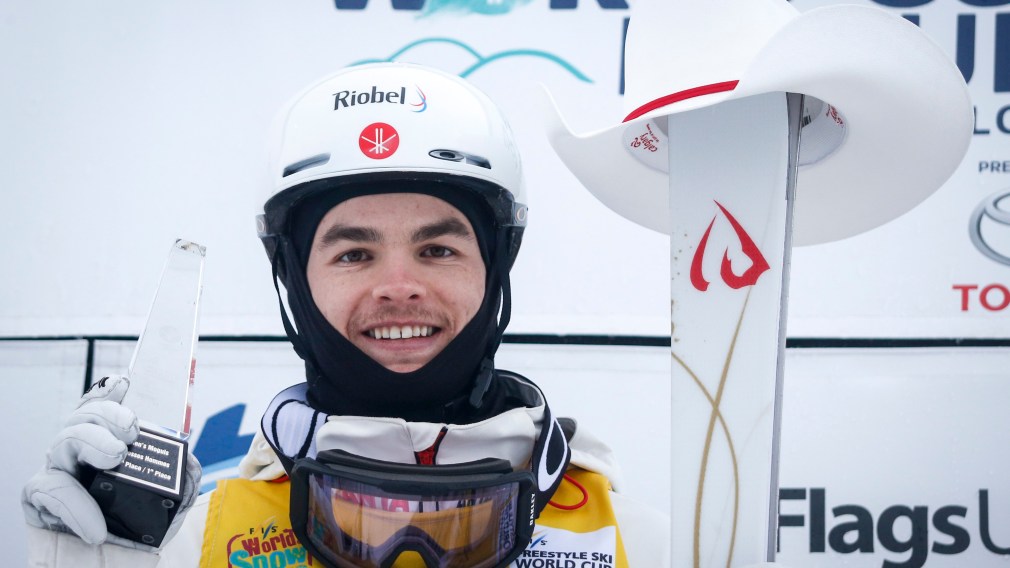 Several athletes struck gold over the weekend for Team Canada, for a total of six gold medals.

Read on to see the gr8t results from Team Canada (if you can pass through 😜).

At the second straight Canadian stop of the moguls World Cup circuit, the 👑 was at the top of the podium once again, claiming his 60th World Cup victory. He scored 89.09 points to mark this new milestone.

Also reaching the podium despite the weather conditions was Justine Dufour-Lapointe, who won the bronze medal.

Over on the sliding track, it was a golden Sunday for Justin Kripps, Ryan Sommer, Cam Stones and Ben Coakwell as they slid their way to victory in the 4-man bobsleigh in St. Moritz to wrap up the World Cup season. With this win they also secured their first ever top-three finish in overall standings.

READ: Double gold for Thompson and Drury in Megève, France 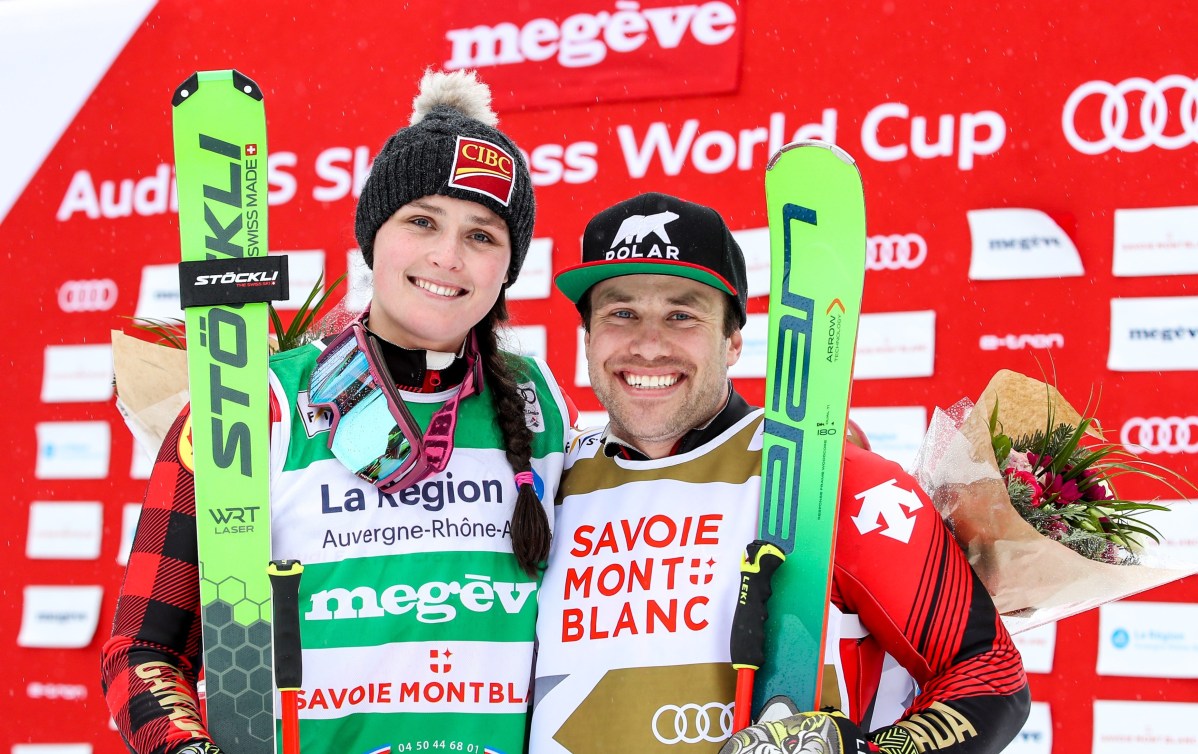 It was double the gold for Canada at the Ski Cross World Cup in Mègeve, France as Marielle Thompson and Kevin Drury both won their respective final. This comes after Drury’s silver and Thompson’s bronze medal finish last weekend. With only two races left in the season, Drury is now unbeatable in the season’s standings and will take home the Crystal Globe.

An incredible week in @MammothMountain wrapped up with a showstopping halfpipe comp, and @CassieSharpe and @Aaron_Blunck on top!

Cassie Sharpe soared to the top of the halfpipe podium, with teammate Rachael Karker winning the bronze at the Freeski Halfpipe World Cup. On the men’s side, Noah Bowman won silver for an all-around successful time at Mammoth Mountain.

Also reaching the podium in California was Laurie Blouin, who secured the silver medal during the women’s snowboard slopestyle event.

You Shall not Pass 🙅‍♀️⚽️

After a strong 11-0 performance over Saint Kitts and Nevis, along with an international record by Christine Sinclair, Canada defeated Jamaica 9-0 for game two of the Concacaf Women’s Olympic Qualifying Tournament. Jordyn Huitema scored five goals, Janine Beckie scored a hat trick and Deanne Rose had one with a number of assists. Canada will play Mexico on Tuesday at 6:30 p.m. ET.

FULL TIME: A fantastic showing at #Sydney7s results in a 🥈for our women’s team. That’s a podium finish in 4 straight tournaments!⁣
⁣
The men’s team finishes the weekend in 10th place and will be back in action Feb 29-March 1 at the #LA7s⁣
⁣
🏉🍁#RugbyCA pic.twitter.com/x9VoKC7JdX

If you watched the Canadian women’s rugby 7s team play the Black Ferns last weekend for gold, you might have thought you were watching a replay of the same game. Canada faced New Zealand again for the final, with Canada ending the tournament with silver once more.

🏃‍♀️ into the 🇨🇦 Record Books

This half marathon record sure is getting around 😉 69:38 today in Marugame for a new Canadian record. Wish I could have stayed awake for this photo, but that massive positive split really got me 🥱 Congrats to these ladies for their very impressive races and @brett_robinson23 for his Australian National Record! #MTC

At the Kagawa Marugame Marathon in Japan on Sunday, Andrea Seccafien lowered the Canadian women’s half marathon record, with a time of one hour and 9.38 minutes to surpass Natasha Wodak‘s two week old record time of 1:09.41. Wodak recently made history in Houston, becoming the first Canadian woman to complete it in under 1:10.00.

Jess Neufeld 🥈 and Jake Weidemann 🥉 earned the first international medals of their speed skating careers on Saturday in the men’s 1500m at the ISU Four Continents Speed Skating Championships.

On Saturday, Canada had a double podium finish in the men’s 1500m, with Jess Neufeld and Jake Weidemann capturing silver and bronze, respectively. During the final day of competition on Sunday, Laurent Dubreuil won Canada’s first medal of the day, a silver in the 1000m. Canada also claimed medals in the men’s and ladies team pursuit events. The men’s team consisted of Kaleb Muller, Hayden Mayeur, and Weidemann, while Lindsey Kent, Maddison Pearman, and Alexa Scott were the ladies team.

Weekend Roundup: Golden rush for Team Canada
What are the differences between baseball and softball?
Alyson Charles: Representation & resilience crucial to Olympic journey
Shuttlecock and balls: The fastest moving objects in sport
Adventure, culture and food: 9 things Peru is famous for
What is the difference between racquetball and squash?