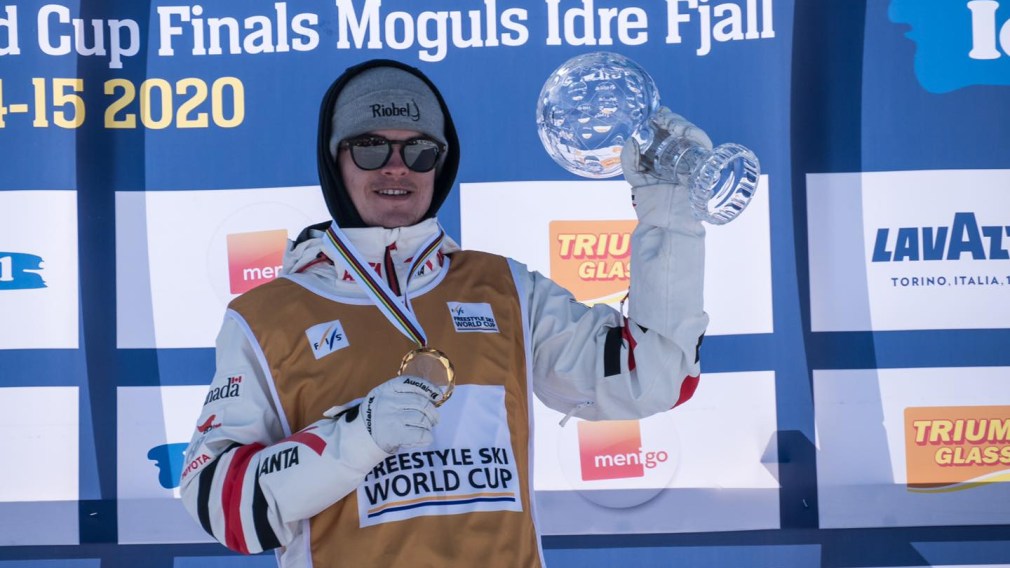 On Friday in Idre Fjäll, Sweden, despite the cancellation of the final World Cup, organizers still held a ceremony for the handing over of the big and small Crystal Globes and the Nations Cup.

Kingsbury won the little globe for being the best skier in men’s moguls, along with the Crystal Globe for best athlete of the season, out of all freestyle skiing disciplines combined.

Over this season, Kingsbury topped the podium seven times, along with three second place finishes. He finished the season at the top of the men’s standings with a total of 94 points. Fellow Canadians Noah Bowman and Kevin Drury were also in the top 5 in the general classification, finishing second and fifth, respectively. 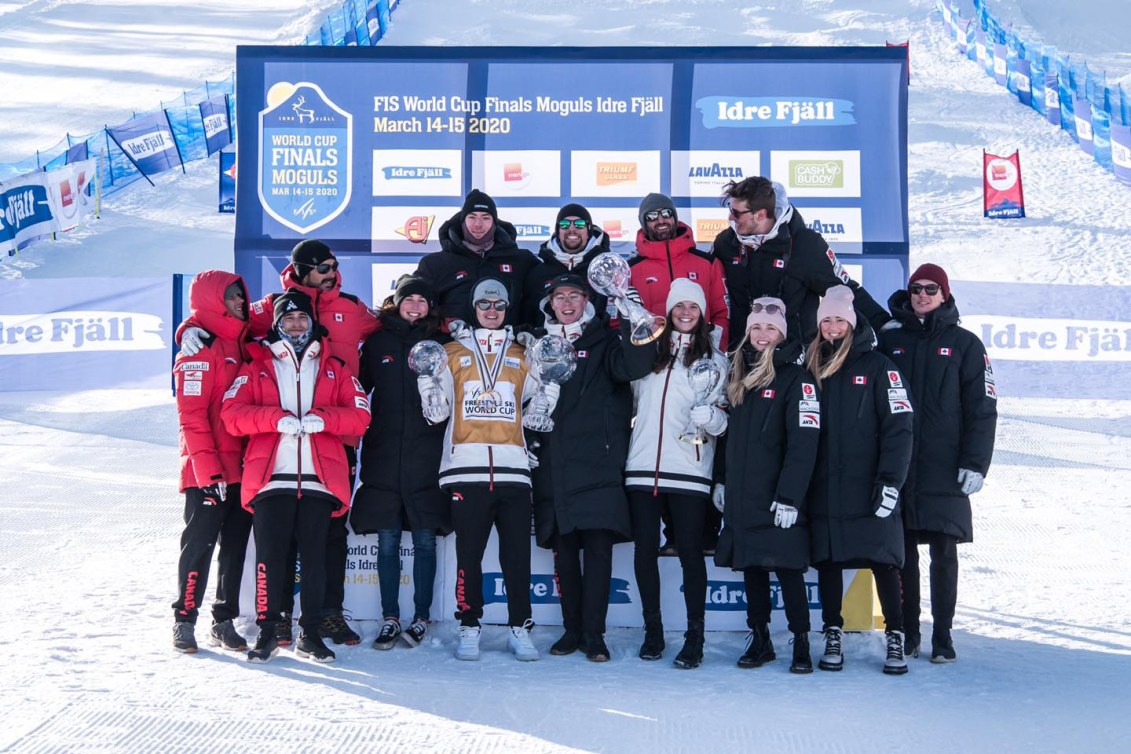 Canada’s moguls team poses for a photo after being awarded the Nations Cup for the 2019-2020 season. (Credit: FIS)

Canada’s moguls skiers ended the season at the top of the moguls standings, and also in first place in the overall Nations Cup standings.

Over in ski cross, Drury won his first-ever Crystal Globe.

Rookie ski cross athlete Courtney Hoffos was recognized for her success by the FIS, who awarded her as the women’s ski cross Rookie of the Year.

Got this neat cup for being Rookie of the year 🤓 Thank you @fisfreestyle !! Definitely the coolest (and heaviest) cup I have!!!! • #joskabodenmais #CANskiteam #skicross