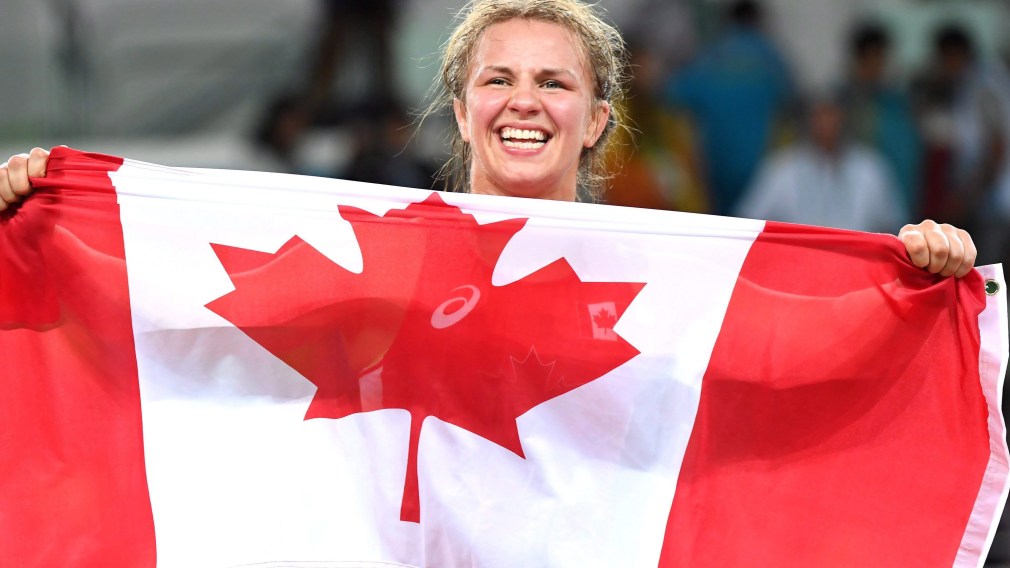 It was a successful weekend at the wrestling Pan Am Olympic Qualifier in Ottawa, with reigning Olympic champion Erica Wiebe, Danielle Lappage, Jordan Steen, and Amarveer Dhesi qualifying for Tokyo 2020 and help celebrate ten medals on home soil.

Lappage was the first wrestler to qualify for Tokyo. She won the 68kg semifinal match 10-0 to secure her Olympic berth. This will be her second Olympic Games. The 29-year-old from Alberta won gold against Yudari Sanchez Rodriguez in the final after she forfeited due to injury.

Hey, @WrestlingCanada, do you know if these two have any plans for early August? pic.twitter.com/OwYEREpm7I

Wiebe booked her spot to the Games in the 76kg division after 6-0 semifinal win over Ecuador’s Genesis Rosangela Reasco Valdez. Wiebe was fortunate to compete in her hometown, Ottawa, Ontario and claim gold after Aline Da Silva of Brazil pulled out for injury default. The 30-year-old won gold at Rio 2016, where she became the third Canadian female wrestler to reach the podium.

How did Erica Wiebe stay focused through the distractions?

"I know when the whistle blows it's gametime. I love the quietness I feel out on the mats when I compete."#WrestleOttawa pic.twitter.com/JpQmowY8e6

"Since I started this sport at 5 or 6 years old that's all I could dream about. It was a long road, a lot of sacrifices."#WrestleOttawa pic.twitter.com/19InHwzfNa

On Sunday, Jordan Steen (97kg) and Amarveer Dhesi (125kg) wrestled their way to compete at Tokyo 2020. The Canadians won their semifinal matches to qualify. This will be their first Olympic appearance.

Steen won the semifinal match 13-2 against Dominica’s Luis Miguel Perez Sosa. His signature ankle lace attack brought him to technical superiority. Steen suffered an injury default in the gold medal match. The 28-year-old from Tecumseh, Ontario is a previous U SPORTS champion.

Dhesi quickly pinned Charles Merrill of Puerto Rico to earn the 125kg victory in the semifinal. The 24-year-old from Surrey B.C. is also a three-time All-American and two-time Pac-12 most outstanding wrestler. He was Oregon State’s male athlete of the year in 2018. Later in the event, Dhesi was defeated in the finals due to injury default.

Although Jasmit Phulka (74kg) and Dillon Williams (65kg) did not qualify, they finished the event with bronze medals. Phulka defeated Nestor Tafur Barrios of Colombia 5-3. Williams won bronze against Mexico’s Brandon Diaz Ramirez with a 9-2 final.

There will be one last chance for Canadians to qualify for Tokyo 2020. The Olympic Qualification Tournament was originally scheduled from April 30 to May 3 in Sofia, Bulgaria, but has been postponed to June.