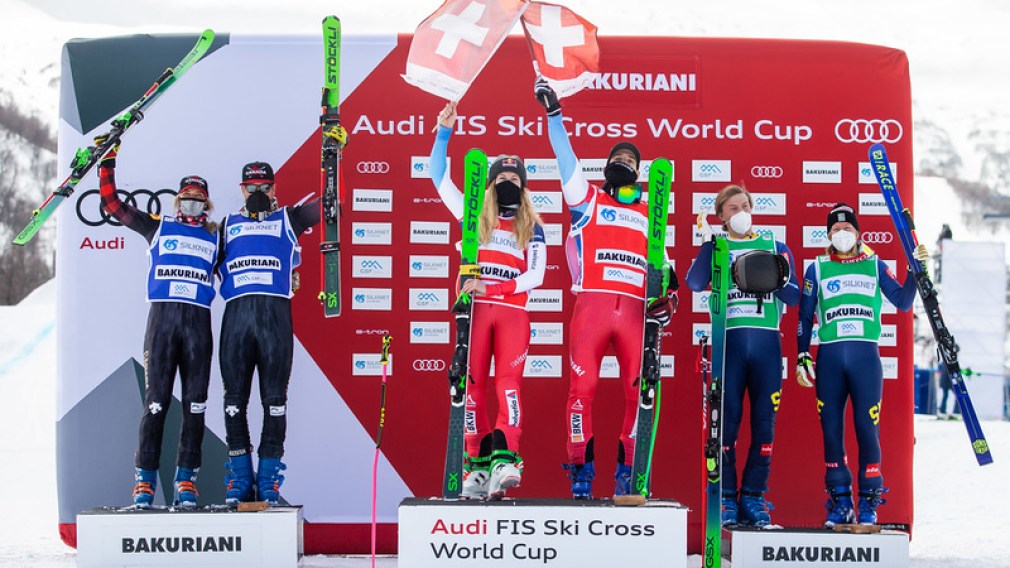 Canadians continued to turn heads at the World Cup on Sunday as five Canadian teams consisting of one female and one male participated in the mixed team event.

Hoffos and Del Bosco took silver behind Switzerland’s Fanny Smith and Jonas Lenherr who captured the gold medal. Sweden’s Sandra Naeslund and David Mobaerg rounded out the podium with bronze.

The team event is run in a knock-out style format and functions as a two-competitor-per-team relay. The gate drops for the second athlete based on the time difference between the first two athletes. The first team to have both competitors across the finish line in the big final is the winner.

Previously on Saturday, Jared Schmidt claimed his first career podium with a bronze medal in the men’s ski cross event.

Sunday’s competition marks the first time ever the ski cross mixed team event has been held on the World Cup tour. The FIS is aiming to bring it into future World Championship and Olympic competition.

Team Canada wins silver in World Cup premiere of ski cross mixed team event
What are the differences between baseball and softball?
Team Canada secures Olympic figure skating entries for Beijing 2022
Where are They Now? Alexandre Despatie
What is the difference between racquetball and squash?
Shuttlecock and balls: The fastest moving objects in sport