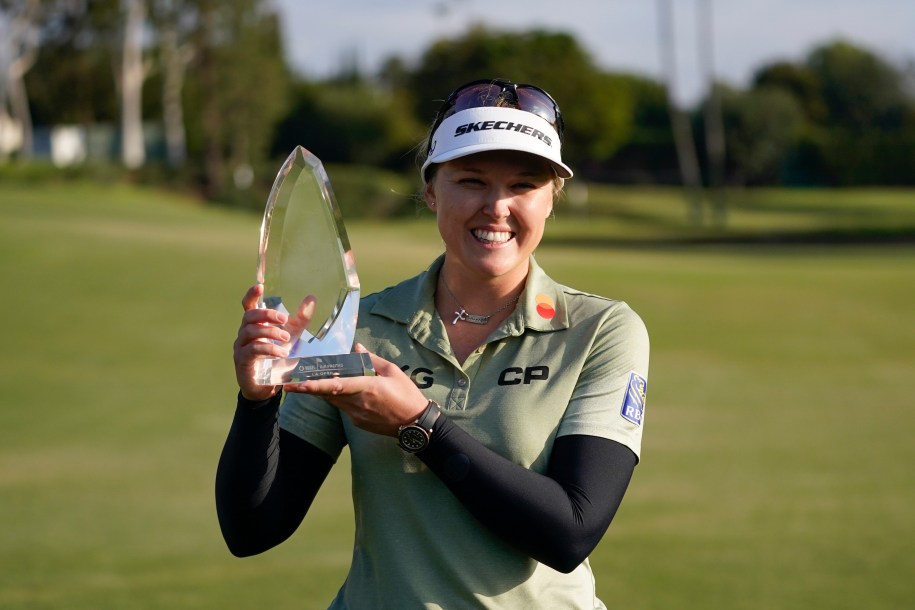 A come-from-behind victory for career trophy number 10 and a busy weekend across the continent for Canadian track and field.

Here’s a look at what Team Canada athletes were up to over the last few days:

Still just 23-years-old, Brooke Henderson is celebrating her 10th career victory on the LPGA Tour after winning the Hugel-Air Premia LA Open on Saturday. Henderson shot a 4-under 67 in the final round, coming from behind for the one-shot victory over American Jessica Korda. This is Henderson’s first win since 2019.

Henderson has more titles at the top level of golf than any other Canadian, male or female.

Canadian athletes earned three silver medals at the Drake Relays in Iowa. Kieran Lumb ran a personal best of 13:24.25 in the men’s 5000m, while Charles Philibert-Thiboutot finished the 1500m in 3:39.34. In the women’s long jump, Christabel Nettey soared to second place with her leap of 6.50 metres.

At the USATF Grand Prix in Eugene, Oregon, Justyn Knight won his own 1500m silver in a personal best time of 3:35.85, less than a second over the Olympic qualification standard. He already has the entry standard in the 5000m.

Canada’s men’s and women’s 4x100m relays competed this weekend at the LSU Alumni Gold event in Baton Rouge, Louisiana where they were holding their annual training camp.

That event had been intended as a warmup for the World Athletics Relays taking place this coming weekend in Poland. But a little later on Saturday, Athletics Canada announced it not be sending athletes due to the current risks of COVID-19. They had hoped to lock up Olympic spots in the men’s and women’s 4x100m relays as well as the mixed 4x400m relay, but will instead have to rely on their placements in the World Athletics Top Performance Lists on June 29, 2021 to be among the 16 teams that will enter each relay at Tokyo 2020.

“As long as the results in Poland leave spaces for other teams to qualify, we still have time to arrange races and to qualify for the Games via the World Athletics Top Lists,” said Athletics Canada’s Head Coach Glenroy Gilbert in a news release. “Heading into World Relays, the men’s 4×100-metre relay team currently sits in ninth, which we hope will be strong enough to qualify regardless of the results, while the mixed 4×400-metre relay team is ranked 11th. The women’s 4×100-metre squad will face the greatest challenge, as it’s possible that weaker teams will qualify in Poland, pushing our team too far down the Top List. We know the decision to withdraw from World Relays is disappointing for our athletes, but we are committed to working with them to do everything possible to secure our place in Tokyo.”

Canada is not the first country to withdraw from the World Relays, joining Australia, Jamaica, Trinidad and Tobago, and the United States.

Walking to a world record 👟

In preparation for Tokyo 2020, Evan Dunfee decided to attempt to break the record for walking 10 kilometres on a treadmill.

Judges were happy with it so that’s a treadmill race walking world record*
Really surprised myself after being up past midnight troubleshooting the set up and eating dinner at 11pm!

Einarson, along with third Val Sweeting, second Shannon Birchard and lead Briane Meilleur will now turn their attention to the World Women’s Curling Championship taking place April 30-May 9 where a top-six finish will secure a spot for Canada in the women’s Olympic curling tournament at Beijing 2022.

Hitting it out of the park 🥎

The Canadian women’s national softball team took on Team Italy in a doubleheader in Fort Myers on Sunday. The women won both their games, by scores of 10-1 and 7-1.

#TeamCanada won both games of their doubleheader against #ItaliaSoftball by scores of 10-1 and 7-1 today in Fort Myers. The two teams will square off again tomorrow at 11:00am and 1:30pm EDT – streaming and live stats available!

The team will square off again on Monday in another double header. They will also play a series of four doubleheaders against Team Florida before heading to Marion to continue their preparations to compete in softball at Tokyo 2020.

READ: Team Canada baseball and softball athletes hit their training out of the park

While in Dubai, Ghislaine Landry celebrated a decade of playing for Rugby Canada’s women’s sevens team. Landry has become one of the most prolific scorers in women’s rugby, the all-time leader of the World Rugby Sevens Series.

Canadas captain and very own @ghis_landry !

Celebrating 10 years of playing 7s in the desert 💪 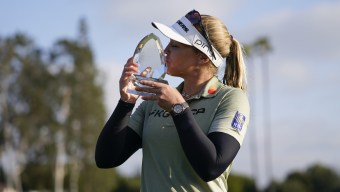