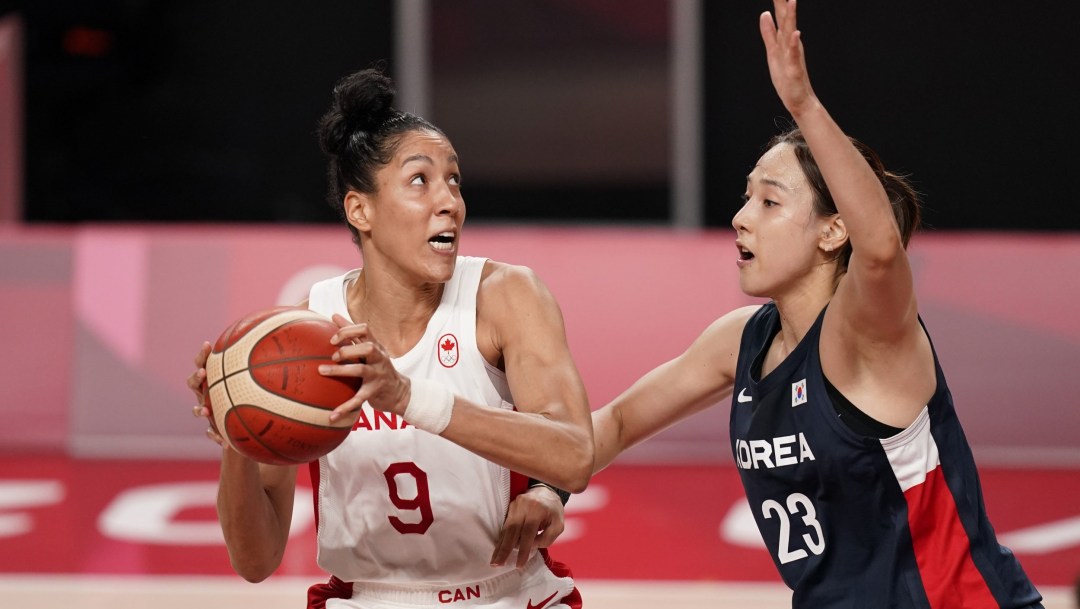 Team Canada bounced back on Day 6 of the Tokyo 2020 Olympic Games, coming off an opening game loss against Serbia on Monday to defeat South Korea 74-53 and improve to a 1-1 record in preliminary round action.

A close first quarter saw the Koreans and Canadians trade shots throughout, with Canada going into the first break with a one-point lead, 16-15.

Hamilton’s Kia Nurse open things up in the second quarter with a three, but as Canada began pulling away, South Korea stayed close. In a game where both teams were looking for their first win of the tournament, each showed urgency, with Canada going into halftime with a 33-28 lead.

“We are very happy with the win for sure,” said Team Canada head coach Lisa Thomaidis. “We certainly have a lot of respect for Korea, having played Spain so tightly a few days ago, they had our attention. They’re such a quick, dynamic team, and are a lot to defend.”

“I was really impressed by the effort that the team put forth on defence today,” coach Thomaidis added. “Natalie was fantastic. Her poise and basketball IQ and her toughness really shone through and was key for us.”

Halifax’s Shay Colley led all Canadian players with seven points, while the front-court duo of Natalie Achonwa and Kayla Alexander combined for 12 points and eight rebounds in the first half.

That strong play continued into the second half as Canada limited South Korea to just 11 points in the third quarter while seeing their biggest lead of the game (22) to close out the match. Achonwa finished the game with a double-double (14 points, 10 rebounds), while Bridget Carleton of Chatham, Ontario led both teams with 18 points.

“This is a long tournament,” said Nurse, said of coming back from the loss to Serbia. “It’s hard to go through an Olympic tournament and not have a loss somewhere. So if that’s the depth we get to — rock-bottom — we’ll take it in that first game versus later in the tournament. So I think we knew that if we played well against Korea and got ourselves some points for the point differential if needed, then we’d be alright.”

Next up for Canada will Spain on Sunday, as they look to move up the standings in Pool A. 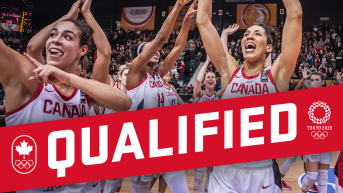