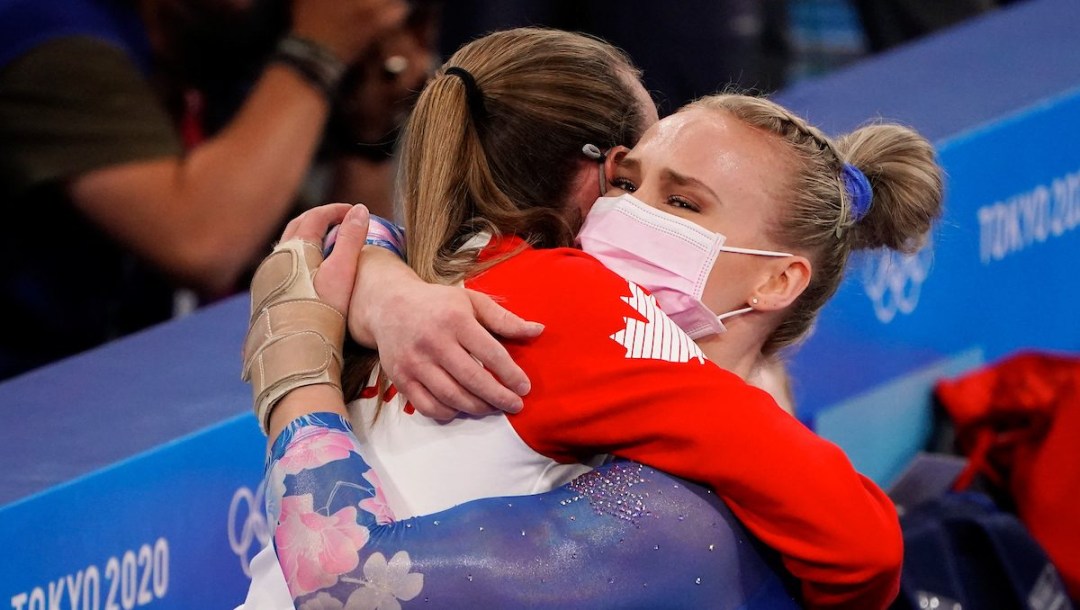 Ellie Black made it look easy.

Known for her aggressive style and attack, Black made her routine in the balance beam final look easy on Day 11 at Tokyo 2020, posting a fourth-place finish — Team Canada’s best ever Olympic result in women’s artistic gymnastics.

While Black may have made it look easy, getting there was anything but.

A few days ago, Black was forced to pull out of the all-around final event after reaggravating an ankle injury she suffered in June. It was unclear at the time if she would be able to compete in the beam final but, just like her gymnastics style, she fought through it and went on the attack.

“I’m not going to lie, it was a really, really tough week,” said Black, who noted she had physiotherapy sessions three times a day leading up to the event.

Black led off the competition with a strong performance that featured only a couple small balance checks, giving her a score of 13.866. China’s Tang Xijing went second and scored a 14.233 followed by American gymnastics great Simone Biles, who received a 14.000 score. Black would sit in third for most of the competition, stressfully watching from the sidelines.

It wasn’t until China’s Guan Chenchen, the final gymnast to compete, received a score of 14.633 that Black would move out of medal contention.

The fourth-place finish adds to Black’s already impressive resumé as Canada’s most successful female artistic gymnast ever. She finished a Canadian Olympic best-ever fifth in the all-around event at Rio 2016 and went on to win silver at the 2017 World Championships, becoming Canada’s first ever all-around medallist at the worlds.

Black, like many athletes competing in Tokyo, has overcome plenty of adversity over the past 18-24 months. The Halifax native had to have ankle surgery after tearing multiple ligaments while competing at the World Artistic Gymnastics Championships in the fall of 2019. Then the pandemic hit, which delayed the Olympic Games by a year and forced Black to alter her training routine because of public health restrictions.

No matter what the future holds for the 25-year-old, there is an entire generation of Canadian gymnasts who no doubt have been inspired by Black’s excellence, career longevity, and perseverance in Tokyo.

“One of the biggest things I always say is to dream big and work hard and don’t let anyone else set your limits,” said Black. “There are so many things that can be done and accomplished and if you set your mind to it, those opportunities are available.”