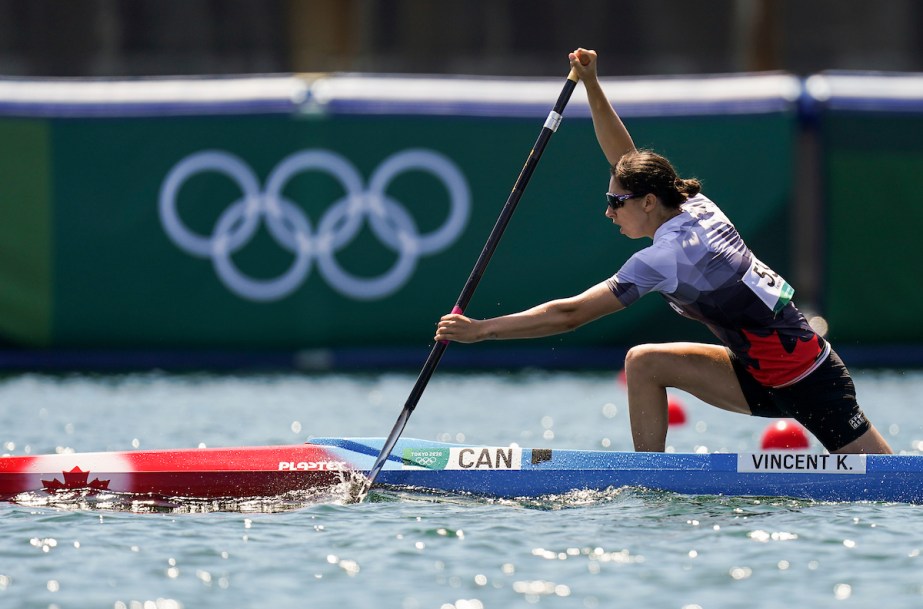 The two are competing in the women’s C-1 200m canoe sprint, as women’s canoeing makes its Olympic debut at Tokyo 2020. Both won their heats on Day 12 to bypass the quarterfinals and qualify directly to the semifinals on Day 13.

Vincent Lapointe’s time of 45.408 seconds was the second fastest among all competitors in the heats, behind only Nevin Harrison of the United States. Vincent, meanwhile, was fifth fastest with a time of 46.391 seconds.

“It’s literally writing history,” said Vincent Lapointe of being among the first female canoers to compete at the Olympic Games.

Despite a decade of dominance in the sport, Vincent Lapointe’s Olympic dream was nearly derailed in 2019 when she was suspended just ahead of the world championships, the primary Olympic qualifier, after testing positive for a banned substance. An investigation cleared her of all wrongdoing and she was able to be included on Canada’s Olympic roster.

Vincent, 25, actually defeated Vincent Lapointe in the C-1 200m national trials earlier this year. She hasn’t competed internationally since late 2019, however, and wasn’t necessarily expecting to qualify directly to the semifinals.

“We came into it preparing to do all four races,” said Vincent. “It’s pretty good to know that all the hard work is still paying off.”