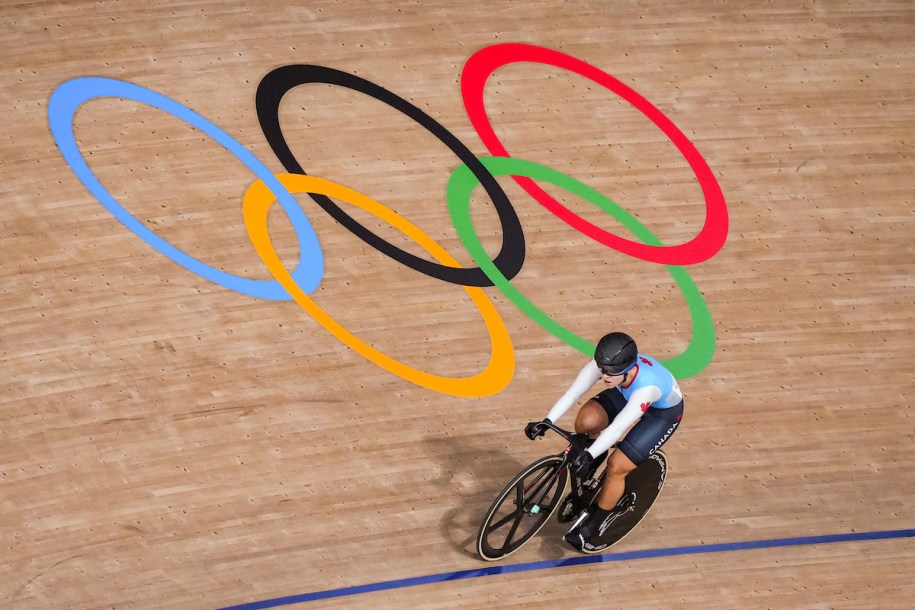 Hard work pays off for Canadian cycling teammates at Tokyo 2020

It’s been quite a ride for Lauriane Genest and Kelsey Mitchell.

Just a few years ago, the two were identified by Cycling Canada through the RBC Training Ground program. Fast forward to Day 13 of Tokyo 2020 and both were representing Team Canada in the women’s keirin final.

“It’s a surprise in a way,” said Genest, not long after receiving her medal. “I think at the Olympics everyone has a shot. I came in today, round after round, and really focused on (being) one step at a time and it really paid off. I’m really happy for that bronze medal.”

Genest was in the back of the pack when the pace bike left the track. With two laps to go in the six-rider race, the Canadian made her move on the outside along with Shanne Braspennincx of the Netherlands and Ellesse Andrews of New Zealand. The trio would stay ahead of the rest of the riders with Braspennincx taking gold, Andrews silver and Genest bronze — 0.148s back of the lead.

“I’m pretty stoked,” said the 23-year-old from Lévis, Quebec. “It’s an amazing feeling. I didn’t come here today to win. I knew I could do well, but I’m very happy with the outcome and I don’t quite realize it yet.”

Genest and Mitchell have competed together in several international events over the past two years. The fact that the two were both able to qualify for the final in Tokyo made the bronze medal victory extra special for Genest.

“It’s an amazing feeling. That was probably the best moment of the day honestly, to be together in the final.”

Mitchell said the performances show that their hard work over the past 18 months has paid off.

“Third and fifth is pretty good,” said Mitchell. “I’m so proud of her. If it’s not me up there I’m so, so glad that it’s her. It’s a big win for her, a big win for Cycling Canada and a big win for Canada in general. I’m proud to call her my teammate.”

Genest and Mitchell each won their heats on Day 12, earning them spots in the quarterfinals. Mitchell won her semifinal heat fairly easily, finishing 0.136s ahead of the second-place finisher. Genest, meanwhile, didn’t have as easy a ride, finishing fourth to grab the final semifinal spot from her heat.

The two Canadians were placed in the same semifinal where only three of the six riders would advance to race for a medal. Mitchell was near the front of the pack throughout, finishing second, while Genest used a late push in the final lap to grab the third spot.

“I’m really happy I fought because it paid off for a bronze medal in the final.”

Genest doesn’t have much time to celebrate her bronze: she’ll be joining Mitchell in the women’s sprint event, which begins on Day 14.

“Now it’s dinner and straight to bed to get ready for tomorrow. A celebration after the sprint,” Genest said, laughing.

Mitchell, who won gold in sprint at the 2019 Pan Am Championships and Lima 2019, is the current world record holder in the event with a time of 10.154s.

“The best of the best are here,” said Mitchell “Everyone is going to go out there and race their best race so I’m excited to see where I end up.”