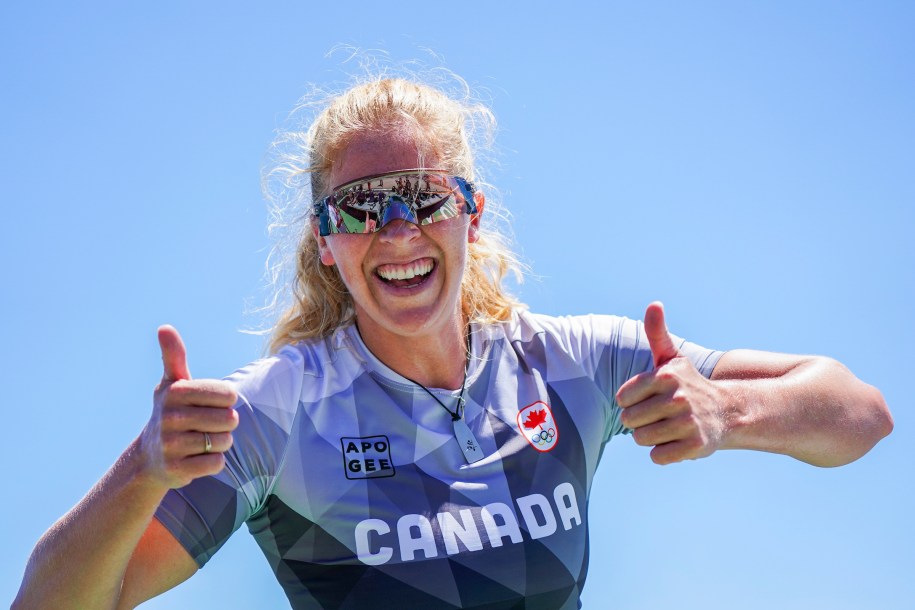 ‘I did it’: Vincent Lapointe revels in canoe sprint history

After a decade of work to get to the Olympics, it took less than 47 seconds for Laurence Vincent Lapointe to make history.

The 29-year-old raced to the first-ever Olympic silver medal in the women’s C-1 200m canoe sprint event on Day 13. A day earlier, she’d had the second fastest overall time in the heats, behind only 19-year-old American Nevin Harrison, the eventual gold medallist.

A third-place finish in her semifinal race may have created some uncertainty just ahead of the A final. But in the end, Vincent Lapointe did what she came to do — reach the podium, as she placed second with a time of 46.786 seconds.

“I didn’t do gold, but I did the performance I wanted to do,” she said after the final. “I’m super proud of the race I just did. I pushed until the end.

“No matter how many people I thought were catching up to me, I was just like, ‘nah nah, you cannot drop, you cannot let go, just push until the end.'”

The event is new to the program at Tokyo 2020, but it’s hardly new for Vincent Lapointe.

She was the first-ever gold medallist in the event when it was introduced to the ICF World Championships in 2010. In all, she’s a six-time world champion in the C-1 200m, and also set the world record time (44.504 seconds) in 2018.

But in 2019, she was kept out of the world championships after a surprising positive drug test. Vincent Lapointe fought hard to prove her innocence and a subsequent investigation confirmed that she hadn’t knowingly ingested a banned substance and the positive test was instead the result of third-party contamination.

With her name cleared, the Tokyo Games were back in sight. And now, after doing so much to help build the sport, she’ll forever have her name down as one of its first Olympic medallists.

“It’s so relieving, and exciting, and it’s just crazy because after all I went through, it’s just the peak,” she said. “I did it.”

In fact, there could be an even higher peak for her to reach in the days to come. Vincent Lapointe and Katie Vincent, who also competed in the C-1 200m final, will be racing in the C-2 500m starting on Day 14.

It’s another new Olympic event, but one in which the pair have enjoyed their share of success over the years, including back-to-back world titles in 2017 and 2018. So, before all is said and done in Tokyo, Canadians could be making even more history on the water.