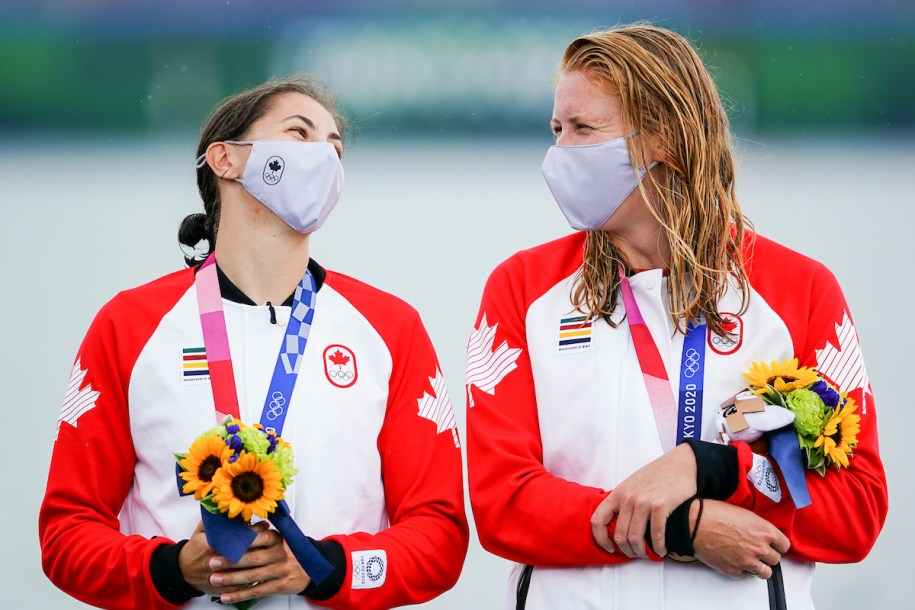 It quite often pays off to see a plan through to the end — as Laurence Vincent Lapointe and Katie Vincent found out at Tokyo 2020.

The pair won bronze on Day 15 in the women’s canoe sprint C-2 500m, the first ever bronze in an event new to the Olympic program. That result comes two days after Vincent Lapointe became the first ever silver medallist in the C-1 200m.

The Canadians were in fifth place at the halfway mark of the race, but stuck to their guns and gutted out a podium finish.

“To come away with the bronze today was really special,” said Vincent. “We stuck to our plan throughout the race.”

From the time that it was announced that women’s canoe events would be joining the Olympic program in Tokyo, the big-picture plan was for these two to challenge for podium spots.

They first teamed up in 2015 and became world champions in the C-2 500m in 2017 and 2018, setting the world best time along the way. But a week before the 2019 World Championships, Vincent Lapointe was suspended after a positive drug test. The big-picture plan suddenly looked less clear.

A subsequent investigation confirmed Vincent Lapointe’s innocence, ruling that she was a victim of third-party contamination, and the door reopened. But by the time the Tokyo Games began, the two hadn’t competed together internationally in over two years.

Even so, they drew on their shared experience to produce a memorable and history-making performance.

“It’s so nice to see that journey end this way,” said Vincent. “The last few years have been really crazy, there’s been a lot of turbulence.

“So to finish off a story like that with a bronze medal today, I’m just so happy and proud of Laurence and myself for persevering through all that.”

For Vincent Lapointe, the bronze medal was a welcome reminder of what can be achieved by putting faith in a plan.

“I understood in the last few years that working by oneself is good, but working with a team, and a good team, is even better,” she said. “I’m just really proud and thankful to everyone who has worked with me for this goal.”