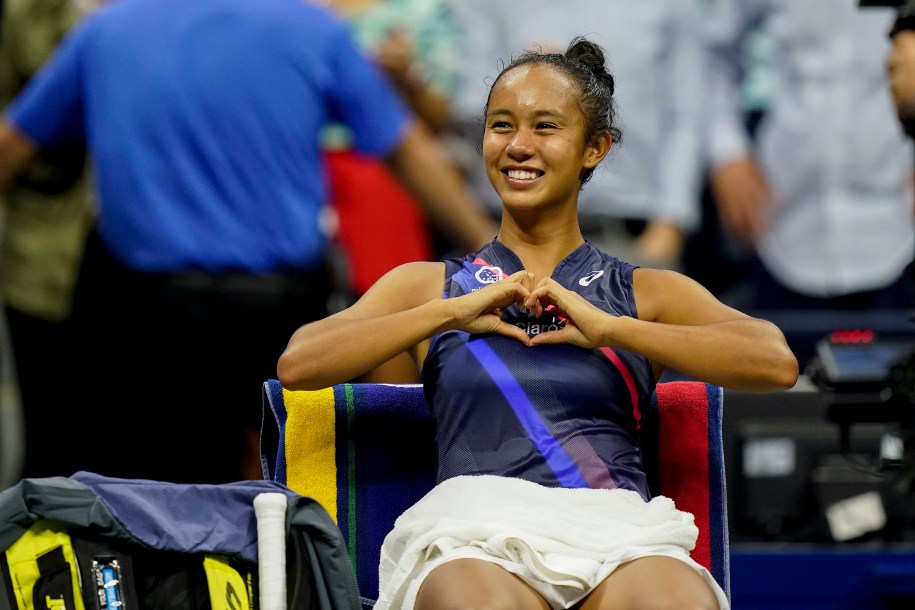 Leylah Fernandez ended her historic run at the US Open on Saturday, falling 6-4, 6-3 to Emma Radacanu of Great Britain in the final.

The 19-year-old was poised to follow in the footsteps of Canada’s first ever Grand Slam winner, Bianca Andreescu, who won the 2019 US Open at the same age.

Unfortunately, Canada will have to wait for their next champion.

The match got off on the wrong foot for the Montreal, Quebec native, who found herself in a 2-0 hole after having her serve broken in the second game. But in typical Fernandez fashion, she immediately fought back to break Raducanu before winning her next service game, tying the set at 2-2.

Fernandez struggled with her serve throughout the first set, committing four double faults while keeping just 50 percent of her first serves in play. After both players held serve through the next five games, it was the Canadian who was broken once again as Raducanu took the first set 6-4.

Down 1-0 in the second set and needing to hold serve, Fernandez rallied back from 40-0 to knot the set at 1-1.

With the crowd rallying behind her every point, Fernandez broke the Brit to go up 2-1 for her first lead of the match.

However, Fernandez was let down by her serve again as Radacanu broke her twice in a row to take a 4-2 lead of her own.

With the set at 5-2, Fernandez saved two championship points to win the game and stay alive.

Sensing a potential comeback, Fernandez battled bravely, coming within a point of winning the next game. However, it was not to be as Raducanu delivered an ace for the game, set, and match.

Despite the loss, Fernandez demonstrated the same fighting spirit that allowed her to defeat three top-five seeds and two former US Open champions en route to the final.

It’s no secret that Fernandez became arguably the fan favourite of the entire tournament, and that support remained consistent throughout and after the match.

“Today is going to be hard to recuperate from. Congratulations to Emma and to your team,” Fernandez said in her post-match interview. “I’m very proud of myself, with the way I’ve played these past two weeks and especially having the New York crowd back has been amazing. It’s definitely special for me to be here in the finals and having you cheering me on.”

Fernandez continued with a special message to the New York crowd on the 20th anniversary of the 9/11 attacks.

Over the past two weeks, Fernandez has demonstrated a level of resilience and composure beyond her years. Just days removed from her 19th birthday, it certainly seems like the best is yet to come for this young star.