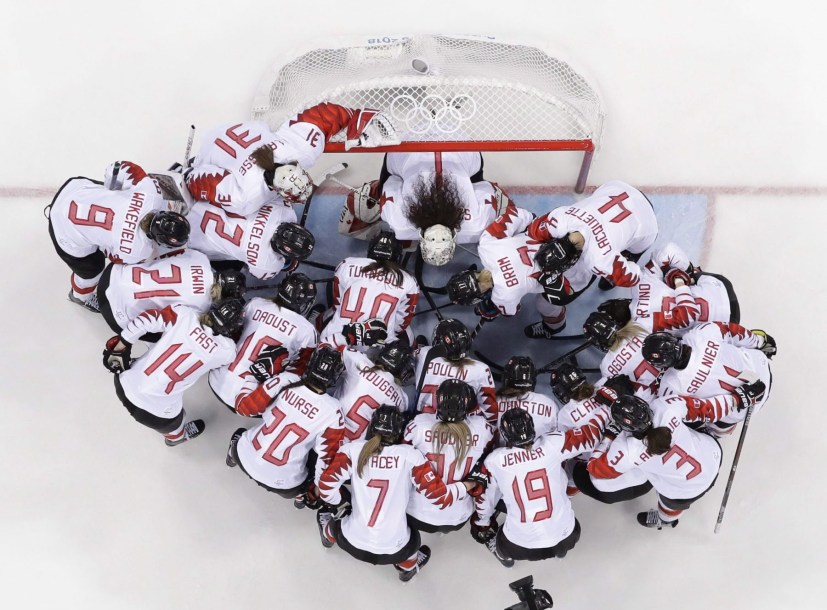 As it was for PyeongChang 2018, the National Hockey League will not send players to the Beijing 2022 Winter Olympics, and players based in European leagues, the American Hockey League, and the NCAA will field the Canadian Olympic roster.

The NHL and National Hockey League Players’ Association’s decision came in December amidst a COVID-19 outbreak that forced the league to postpone nearly 100 games.

It was back in April 2020 that the IIHF revealed the 2020 World Rankings that determined the first six teams to qualify for the women’s Olympic tournament and the seeding of teams already qualified for the men’s tournament.

On the women’s side, Canada will head to the Games as the number two seed behind the United States. That puts them into the top tier Group A together alongside Finland (#3), ROC (#4), and Switzerland (#5).

Canada’s first game will be played on February 3, the day before the Opening Ceremony, against Switzerland. They’ll suit up against Finland on February 5 and then face the ROC on February 7. They’ll close out the preliminary round against their cross border rivals from the United States on February 8, hoping for another big win after defeating the Americans twice en route to winning gold at the IIHF Women’s World Championship in August.

Canada will be looking to return to the top of the Olympic podium in Beijing, after having settled for silver following a shootout loss to the Americans in the final at PyeongChang 2018.

Japan (#6) will be in tier two Group B alongside the host Chinese (#10) and three other countries which will earn entry to the Games through other qualification tournaments in 2021.

The first eight qualifiers for the men’s Olympic tournament were based on the 2019 IIHF World Ranking, which were finalized immediately following the 2019 IIHF World Championship. As the top-ranked team, Canada locked up one of those Olympic berths.

Canada remained number one in the 2020 World Rankings, which will make the team the top seed at Beijing 2022. They were drawn into Group A of the Olympic tournament alongside the United States (#6), Germany (#7), and China (#12).

Group B will include ROC (#2), Czech Republic (#5), Switzerland (#8) and Denmark. Group C will feature Scandinavian rivals Finland (#3) and Sweden (#4) as well as Slovakia and Latvia. The Danish, Slovakian and Latvian teams all secured their Olympic spots in qualification tournaments held in late August 2021.